We’re tackling unified communications (UC) to help our readers navigate what UC platform is the best fit for their organization. Previously, we dissected Rogers Unison, Mitel Networks, and Cisco Systems Canada. For our fourth installment of Unpacking UC, we’re diving into Microsoft’s Skype for Business.

Even if Microsoft isn’t the first vendor to come to mind when thinking about UC, you’ve definitely heard of Skype, the company’s video chat service. Skype for Business may not work exactly like its namesake, it’s built off the Lync platform Microsoft acquired in 2014, but it looks and feels like it, making Skype for Business a familiar presence.

What we learned from the vendor

It may not be a fancy piece of technology, but Microsoft adding PSTN conferencing to Skype for Business may be a bigger deal than you think. The PSTN conferencing allows users to connect to a Skype call through your cell phone through the public data centre talking network. Basically, it creates a dial-in conferencing number for meeting participants in an affordable package.

“In the past you required a third party audio, but those third party audio providers and some of the teleco’s in Canada charge by the minute. Meetings would cost you per person, minute, etc. Since Microsoft has its own PSTN conferencing, there is just one single price you pay with unlimited minutes,” said Chaudhury.

The meeting broadcast feature stems from Microsoft CEO Satya Nadella’s monthly townhall Q&As. In the past, this feature capped off at 250 users, but can now reach up to 10,000 attendees due to a combination of Skype for Business online and Azure media services.

“The coolest part of meeting broadcast is we are using machine learning for closed captioning and for translation on the fly,” Chaudhury said.

Currently there are four languages supported for translation through meeting broadcast: English, Spanish, German, and Mandarin. And this doesn’t just mean English can be translated into the other three, it works with any combination. For instance, a German speaker could be translated into Mandarin.

“There is a bit of a time delay when speaking of about half of a second. The machine starts translating after a pause so that when it does, it contextualizes the whole sentence. It’s not just going word for word, but trying to understand what you said and then figure out what you really need.”

The voice component of Skype for Business follows roughly what you’d expect out of a UC platform, just with the Skype packaging on top of it. This includes single sign-in across all Microsoft platforms, dial-tone, and being able to make, receive, and transfer business calls in the office, at home, or on the road, using your deskphone, your PC, or your mobile device across all operating systems. Skype for Business is also tied into your Outlook directory.

“What Microsoft did with Skype for Business was take the engine of Lync and put the Skype window dressing on top. The user experience looks the same as Skype but the engine is enterprise grade. It can be on-prem, in the cloud, or be a hybrid between the two. No need to choose one, it can be flexible,” said Chaudhury.

Perhaps the biggest selling point of Skype for Business, and the entire Microsoft offerings portfolio in general, is the integration within that portfolio. Whether it be Microsoft Teams, Yammer, or Office 365, all these offerings are closely tied together.

“The power of Skype for Business and Microsoft is really about the integration between the different pieces of the office suite,” Chaudhury said.

Online Meetings: Host online meetings with audio, HD video, and web conferencing with a single click from a smartphone, tablet, or PC.

Meeting Broadcast: Broadcast Skype for Business meetings for up to 10,000 people, who can attend in a browser on nearly any device. Meetings include real-time polling and sentiment tracking, plus Yammer to enable dialogue during the broadcast.

PSTN conferencing: Enable attendees to join Skype for Business from any telephone by dialing a local access number, and dial out from a meeting to add others when needed. The dial-in capability is in addition to single-touch join options on PC, smartphone, and browser, and allows people to join an online meeting even in places with no internet access.

Modern voice with Cloud PBX: Make, receive, and transfer business calls in the office, at home, or on the road using phone, PC, and mobile without the need for a traditional phone system.

Chat-based workspace: Connect your team with Microsoft Teams in Office 365, where chat, content, people and tools live together so your teams have instant access to everything they need.

Skype for Business is licensed through Microsoft’s Office 365 ProPlus, and Enterprise E1, E3, and E5 offerings. 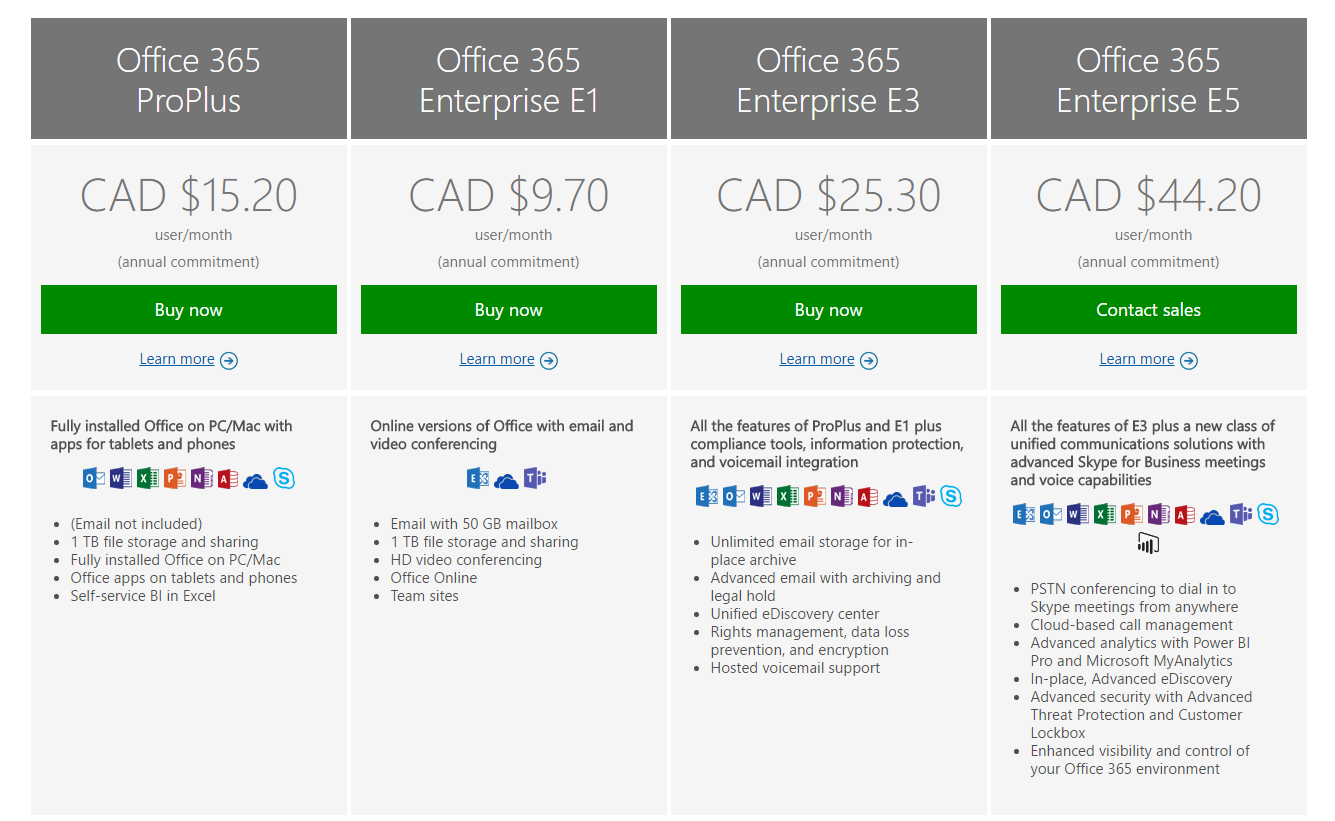 Throughout the Unpacking UC series, we’ll be working with Fox Group chief innovation officer Roberta Fox to help us with further analysis.

Similar to Ash Chaudhury, Fox dialed into the integration between all Microsoft products as a key benefit.

“It really is a marriage between Office 365, Skype for Business, the surface hub, and a bunch more,” said Fox. “It’s a desktop softphone, a communications piece, it has communication hooks into integration, and with the Surface line, actual devices as well.”

Microsoft is unique in the sense that the company isn’t a telecommunications company with arms in almost every part of the tech industry. For those who choose Microsoft for UC, there is an opportunity to simplify your portfolio and the amount of vendors you purchase from.

But, Fox does warn that buyers should make sure exactly what features they need when looking at Microsoft. The breadth of options could actually increase your costs if you’re already getting those features from somewhere else.

On top of the integration comes the already enormous install base Microsoft has.

“They’re targeting everybody. They’ve got the install base. They’re giving students Office 365 accounts for free,” said Fox. “The Microsoft UC platform is actually, I think, a sweet spot, where very few people are selling. The groups that can really benefit are the under 1,000 user businesses. They can jump over, and get the technology functionality that they never had before.”

Alex Radu
is a Video Producer for IT World Canada. When not writing or making videos about the tech industry, you can find him reading, watching TV/movies, or watching the Lakers rebuild with one eye open.
Previous articlePayPal’s first Slack bot supports peer-to-peer money transfer
Next articleBlackBerry picks fight with Twilio, opens up BBM Enterprise to developers