We’re tackling unified communications (UC) in order to help our readers navigate what the technology has to offer and what UC platform is the best fit for your organization. In our first installment of Unpacking UC, we take a look at the new Rogers Unison.

Rogers Unison was originally launched this past July for small businesses, but expanded to medium and enterprise sizes this October with a selection of new features. The telephony service is based entirely in the cloud and is the first UC solution in Canada to provide mobile integration. From a billing perspective, Unison is added on top of a corporate Rogers Share Everything business plan.

What we learned from the vendor

The Unison product is a true, fixed-mobile convergent solution, and Rogers’ attempt to beat other UC providers to the punch with an increased focus on mobility.

“We already know that roughly 50 per cent of cubicles are empty at any given time during the work day,” said Matthew Leppanen, general manager of UC at Rogers. “With Unison, [employees] can bring their unified communications with them in their pocket, and they don’t have to worry about a wired connection.”

Rogers Unison is available to subscribers of Rogers Share Everything business plan. Due to that connection, there is no app required and mobile phones are integrated into the plan in the same way a desk phone would be. Customers can have multiple mobile numbers, from all across Canada, all tied to one device and one voicemail system.

Like various UC solutions, Unison customers can change between devices during a call at will. During the interview, Leppanen demonstrated switching between the deskphone used, and his mobile.

“The main difference is that with other programs, you need an app on your smartphone, while with Unison, Rogers customers can just use their normal network. You just use it as you regularly would, but it is a part of the business network or a hunt group,” Leppanen said.

For potential Unison users on Roger’s competitor networks, an app is in development.

Another standout is the flexibility of Rogers Unison. In some cases, UC providers are for either small businesses or enterprises, not both. The way Rogers built Unison counters that theory by using the same technology to support different businesses, whether it is a 10 person business or a 100,000 person enterprise.

“We first started with small businesses to be able to get into market and make sure that everything works as is, but we actually started our enterprise sales over a year ago because of the lead time that it takes. Now we are moving into that enterprise market where we can support those orders. We aren’t looking at one vs the other, which is very different than a lot of other UC solutions in the market,” said Leppanen. 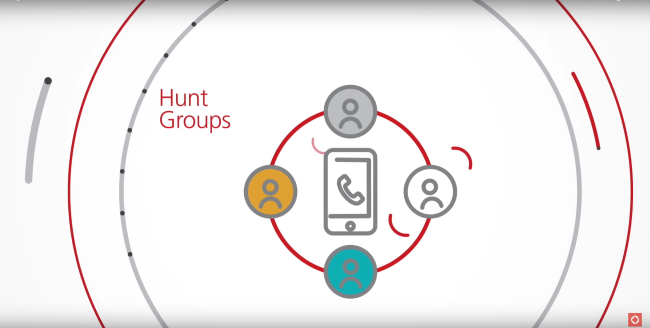 Dual Persona: Unison’s flagship feature. In an effort to eliminate the need to remember new numbers, and update business cards and directory listings, Dual Persona allows customers to keep their existing local line number from a desk phone they have cut the cord on, and add it to their mobile devices. These numbers can be from any region in Canada.

Hunt Groups: In order to prevent customers from ever being left on hold, hunt groups continuously routes incoming calls between team members until they’re answered.

Simultaneous Ring: Calls directed to a worker now appear on multiple devices at the same time, whether the worker is on a smartphone, desk phone, or other device.

Voicemail to Email and Team Voicemail: Voicemails are instantly sent as an audio file to the attached email account, and team members can now share a single voice mail for certain numbers.

Rogers Unison starts at $15 a month, per user, and is added on top of a Rogers Share Everything business plan. For businesses onboarding a high volume of Unison users, rates are negotiable.

Rogers isn’t blowing smoke when it says it is the only option in Canada that has a fully mobile integrated UC program. Additionally, tucked behind that mobile integration is the fact that Unison is backed entirely on the cloud, an appetizing feature for companies looking to leave on-premises solutions. We’re working with Fox Group chief innovation officer Roberta Fox to help us do a deep dive into UC solutions.

“For Canada, it is probably the most advanced, especially if you have a mobile workforce. If 80 per cent of employees were at a desk, if they already had phones, you wouldn’t put this in. However, if you’re looking to replace your system then you should look at it, as you can have desk phones connected to the mobile phones as well,” Fox said.

Ease of setup is another enticing thought. During the interview, Leppanen said that a prospective customer could go to any Rogers retail location, add the Rogers Unison platform to their Share Everything plan, and be ready to go with only 10 minutes of setup. Granted, this only applies to smaller businesses, as mid and enterprise-sized businesses will have more users to set up, and will most likely go through a project manager.

With Unison “small businesses have enterprise-like solutions. Adopters don’t have to buy any physical hardware, they don’t have to maintain any tech, nor back it up. Unison does it all for them. Especially this is great for companies with mobile people, like sales reps or service people. You can extend the enterprise communications to whomever you want, which can be easily accessed on a very user-friendly web interface. They put a lot of effort to making it easy to use.”

Next up, we’re Unpacking UC with a deep dive on Mitel’s portfolio. Stay tuned for that in early November.

Alex Radu
is a Video Producer for IT World Canada. When not writing or making videos about the tech industry, you can find him reading, watching TV/movies, or watching the Lakers rebuild with one eye open.
Previous articleMicrosoft shifts Canadian cloud focus from data sovereignty to data security
Next articleSecurity Awareness Month Tips: Small rewards can go a long way