President-Elect Donald Trump’s appointed Attorney General, Alabama Senator Jefferson Beauregard Sessions III, may be bad news for tech companies in the United States relying on importing talent from across the world, according to venturebeat.com.

H-1B visas, the main United States visa program for technology workers, could come under fire by Sessions, a staunch critic of the program. As recently as this past February, Sessions said in a hearing that, “Thousands of U.S. workers are being replaced by foreign labor.”

Trump himself hasn’t taken a stance on this particular issue. On the campaign trail, he was quoted criticizing the visas, as well as calling them an important way to retain foreign talent. But, if he lets Sessions take the reins on this subject, tech companies can expect scrutiny to the program.

What this means for Canada

Despite the troubles facing our friends south of the border, Trump immigration policies could do wonders for the Canadian tech sector that has always competed with the mighty Silicon Valley – especially as North American companies see a growing difficulty in acquiring American visas compared to an easier process in Canada.

A Trump Presidency has made Canada more appealing to prospecting tech talent, and those in the tech industry are wondering if we may see a wave of Americans move to Canada to avoid Trump, similar to the wave of American draft dodgers half a century ago.

Mark Organ, CEO of Influitive, a marketing software firm based in Toronto, certainly thinks so. He told ITWC that since the election they have received five applicants from Americans, and shared a story about an applicant who wouldn’t have considered moving back to Canada with his American wife before the election – and was willing to do so now.

New immigration rules announced by the Canadian government days after the election may help with that. Applying immigrants, who aren’t refugees or family members, have to qualify for a certain amount of points that look at factors such as work experience, age, education, and official language fluency.

The best of those applicants are then invited to apply for permanent residency, allowing them to work in Canada and can lead to Canadian citizenship.

Changes include increasing the number of invitations from 750 every two weeks to 2,000 and lowering the number of points from a job offer that would allow other factors like language and education to make a person more competitive.

A Canada opens its borders to more high-skilled workers, and if the U.S. begins to close them, tech companies in Canada should be on the lookout for more available talent.

65,000 workers and 20,000 graduate student workers enter the country each year through the H-1B visa program, and it has become a vital part of the global hiring process conducted by many tech giants such as Google and Microsoft. 85,000 visas is the cap set by U.S. law, with companies filing petitions in order to get as many of these available visas as possible. For instance, this year 236,000 petitions were filed.

The visa’s primary function is to serve as a way for those large tech companies to hire highly skilled, well-paid, foreign workers that are constantly in short supply, which often leads into those companies helping many H-1B visa recipients secure a green-card that allows them to work in the U.S. permanently.

However, according to government data compiled by the IEEE, the top 10 companies who received H-1B visas in 2015 were all outsourcing firms – with Tata Consultancy Services leading the pack with 8,333 visas secured.

In comparison, Amazon secured just 826 visas to lead the tech giants at spot number 12. Google and Microsoft followed at 14 and 15 respectively. Facebook and Apple fell even further to 24 and 34.

Outsourcing firms such as Infosys, who is based in India alongside Tata Consultancy Services, acquire visas that very rarely end up in green cards.

Infosys, for instance, settled a visa fraud case with the Justice Department for $34 million in 2013.The firm was accused of using business travel visas to import foreign workers who would have otherwise needed H-1B visas.

The “outsourcing issue” is being targeted by Sessions, and various Republicans and Democrats such as Vermont Senator, Bernie Sanders. In 2015, Sessions penned a letter also signed by Sanders, to Attorney General Eric Holder to investigate the use of H-1B visas by company Southern California Edison.

Southern California Edison, alongside the Walt Disney Co., has often faced criticism for using the visa program to fire in-house IT employees and replace them with cheaper contractors from overseas.

Additionally, Sessions introduced legislation last year that would make visas less available to those large outsourcing firms such as Infosys.

Related Stories
How the U.S. election could have been hacked
What surprises could the Liberals’ 2016 budget hold for Canada’s tech industry?

Sessions isn’t the only one calling for change. The Institute of Electrical and Electronics Engineers, the largest professional association in that industry, petitioned to “ditch the lottery in favor of a system that would award visas to companies offering the highest-paying jobs,” told Russ Harrison, director of government relations, to Venture Beat.

Stifling abuse of the H-1B visa program may come at a cost, as any adjustments to the program will only make a difficult and complicated global hiring process even more difficult, especially for those looking for highly-skilled talent all across the world.

At Dell World 2015, ITWC spoke with CEO Michael Dell about diversity, and the already current difficulties of hiring a talented team. “It’s easy to make a diversity decision and build a unique team. [However] business is tough already without wanting to overlook anyone.”

With Trump’s immigration policies leaning towards a much stronger border and immigration process all across the board, companies have to be wary of any changes to the H-1B visa program.

Alex Radu
is a Video Producer for IT World Canada. When not writing or making videos about the tech industry, you can find him reading, watching TV/movies, or watching the Lakers rebuild with one eye open.
Previous articleSan Francisco transit ransomware attack shows value of being prepared
Next articleRansomware down, IoT threats up in 2017 predicts McAfee 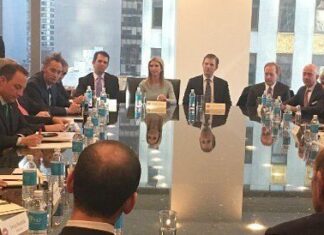