It does not take a genius to figure out why Hudson’s Bay Company would try to steal Janet Schalk away from Kohl’s.

Just a few months before her hiring at one of Canada’s biggest retailers would trigger a court action to prevent her from taking on the new job, Schalk gave an interview with FierceRetailIT. It was largely about Kohl’s decision to deploy Oracle’s Retail Merchandising Operations Management product, but at one point she was asked about how the role of IT leadership has evolved in her sector. This was her answer: 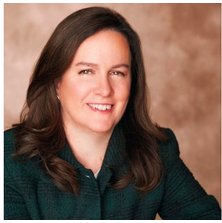 The formula for success a few years ago for [apparel] and other retailers was to open a lot of new stores in a year as you’re building out the geography. We’re in 49 states today, which is great, but each store has to have something that’s specifically relevant. Then we need to drive traffic to the digital channels, really driving traffic both directions between digital and brick-and-mortar. So technology gets a lot more complicated in some ways, to provide what our customer wants, to make it easy to have a great experience shopping, regardless of whether she’s shopping on her couch or shopping in our store.

This is a woman who clearly knows what she’s doing. And even if many people in Canada have never heard of Kohl’s, the company’s legal action probably stems less from trying to enforce an unenforceable contract clause than its own fear of how shoppers operate in an increasingly digital, and therefore global, world.

For example, Kohl’s may never establish a Canadian presence here, as it was rumoured to do a few years ago. It doesn’t even ship to Canada or allow Canadians to shop its online store. However retailers, who are experiencing a downright Darwinian struggle to survive, can’t afford to have even potential rivals get an edge. If Schalk’s efforts help HBC to not only to stay in business but grow internationally, letting her walk out the door would be widely interpreted as a serious management misstep.

The reality of Canadian retail

That said, Schalk is entering an extremely difficult landscape as she takes on the HBC job. Over the past year, Canada has become a retail wasteland, with the departure not only of Target (where Schalk also worked once) but Sony, Jacob, Mexx and several others. Amazon, despite its reportedly brutal working environment, has arguably better reach and resources than a dozen HBCs combined. Then there are the changing habits of shoppers that Schalk alluded to, which make the challenge of keeping up with technology in other industries seem like a cakewalk.

Just walk into an HBC store today and you’ll see first-hand evidence of what Schalk will be dealing with. Perched above many clothing racks is a small sign that says “Shop HBC.com 24/7.” Although it may make sense to cross-promote channels, it’s odd to push people towards a digital channel when they’re already in a physical one. HBC has a mobile app, but it has a 1.5-star rating on Apple’s App Store. If wearable computing takes off as expected, will HBC be ready? Can Schalk bring the capabilities of the Internet of Things to HBC and transform the shopping experience in a more personal, contextualized way?

Hopefully the Kohl’s legal action will go away soon and leave Schalk free to concentrate on the task at hand. HBC, and the Canadian retail sector in general, will learn a lot from what she does next.

Shane Schickhttp://shaneschick.com
Your guide to the ongoing story of how technology is changing the world
Previous articleDevOps fail: Avoid the most common business, technology and IT leadership mistakes
Next articleA former CIO looks back on being ‘wined and dined’ by technology vendors