The evolution of telephone expense managment 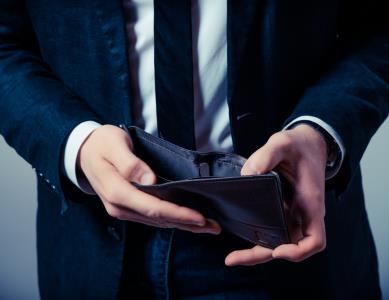 There’s a large company in Canada with some 500 mobile accounts that has been suffering $3,000 a month in erroneous wireless costs.

That’s about the amount of money a telecom expense management consulting firm has been catching in billing errors this year — $12,000 in the first four months.

Which is why some in the industry say TEM is more of an art than a science.

The fact is this unnamed company has an internal team whose job it is to watch for errors made by staff — like not using a special long distance number for calls  — or by its carrier.

Another Canadian firm had been regularly losing thousands of dollars for years because it was being wrongly invoiced for telecom charges by the carrier which didn’t follow the pricing details worked out in a contract. Neither side noticed.

Consulting firms whose job is to provide another set of eyes on bills caught the mistakes.

The companies are unnamed because the consultants refused to identify them.

But in an era of regularly changing wireless fees and complex contracts, telecom managers shouldn’t be surprised there are slips.

“A lot of people when they look at telecom expense management think only of billing errors, which is a real fallacy,” says Sanjay Ahooja, managing partner, of ACCOUNTabill, a Unionville, Ont. -based provider of TEM services.

“It’s about telecom governance — making sure you have a governance solution that enables efficiencies and data flows between the key elements of an organization, which are IT, procurement and finance.”

In theory, TEM software or a cloud service should be able to resolve most of the problems — and they often do. But it doesn’t hurt to have an experienced staffer to go through the raw data.

Unfortunately, there are several problems: from time to time carriers change the format of the database files they give customers to pour into their TEM solutions.

“Depending on the carrier, it could be CSD, it could be XLS, Microsoft Access, HTML, PDF,” says Jennifer Caley, a telecom management administrator at Nielson IT Consulting of London, Ont. “I’ve even seen Word files. There’s no consistency.”

And the TEM market itself is undergoing changes due to consolidation.

There are still dozens of companies that are pure-play TEM providers. But increasingly they are either being swallowed up by mobile device management/enterprise device management companies, diversifying into larger asset management firms and/or partnering with carriers who white-label their service.

For example, Rogers Communications uses software from one of the biggest in the industry, Connecticut’s Tangoe Inc., as part of its managed mobility suite of services; Telus Corp. uses Ohio-based Vox Mobile to provide mobility management to corporate customers.

“Within 24 months pure players will be sidelined if they haven’t evolved and built partnerships to be a fuller solution provider,” predicts Brownlee Thomas, a Montreal-based independent telecom consultant.

Take Etelesolv, one of the best known Canadian TEM companies. It prefers to be called a technology expense management company, having broadened this year into IT asset management after its start in 2006 with a product called Telemanager.

In January it launched Cimpl, which keeps track of all IT hardware and software licences. And the company wants to go further than that and include cloud services.

“The irony is telecom and mobile are the first SaaS services,” president Christopher Thierry said in an interview, in that they have varying charges,  “Anything that’s monthly and variable, that’s our sweet spot.”

When choosing solutions organizations can buy TEM software or, increasingly, select a cloud provider; hire a consultant to negotiate a telecom deal with a carrier; or, if the budget is big enough, retain a third party to do expense management as a managed service.

The budget is the key. Ahooja says generally organizations that spend less than $500,000 a year on telecom find it doesn’t make sense to retain his company for its managed service.

Rick Fearman, owner of a Toronto-area office of Schooley Mitchell — a franchised telecom consultancy based in Stratford, Ont. with offices across North America — noted that typically telecom accounts for only two per cent of an organization’s operating costs. It’s not uncommon for small organizations to shrug off billing mistakes at that level.

At the time of the interview Fox was working on a pricing workbook for a client who wants to replace existing technology with VoIP clients on smart phones so voice calls go over IP and therefore charged to a data plan.

“Telecom expense management is becoming an interesting challenge in the world of UC because some of the new players don’t have some of the CDR (call detail recording) capabilities” of older systems, she said.

Ironically, management of assets and telecom services is “getting easier for users, but it’s getting harder for the telecom, accounting and IT support people.”

“You have to pull data from many places. In the past it came from telephone bills and CDR ports, but now if you use smart phones with soft clients you don’t get CDR to the same granularity” as before. “You get it per device, but the IT department doesn’t have record of how many IP calls user made.”

Cloud solutions – often a part of a full MDM offering – have the advantage of  fixed price and can track and report user activity. Look for the ability to set policies for corporate or employee-owned devices, limiting roaming and alerts for exceeding data limits.

However, some are better than others at integrating with carrier contracts.

This is why a number of organizations turn to third party Canadian firms like Nielsen IT Consulting, ACCOUNTabill or Schooley Mitchell not only for telecom strategy advice but also for expense management.

They offer a range of services from going over your invoices with a fine-toothed comb to setting up automated online processes for staff to procure devices and services and manage their own accounts – taking a load off IT managers and telecom administrators.

In the case of the company that was overpaying thousands of dollars, “it was no fault of the customer, because unless you were an expert in looking at contracts and knowing what to look for, you wouldn’t catch it,” says Fearman.

Sometimes, he says, the problem lies with a carrier that has made a number of acquisitions or offers a multitude of services and its billing systems aren’t well connected. So mistakes are made.

TEM consultants have no shortage of stories of how they save customers money by discovering overlooked contract provisions, but they may be more expensive than software – unless TEM comes as part of a mobile device management solution.

As is often the case, it comes down to money.

Howard Solomon
Currently a freelance writer, I'm the former editor of ITWorldCanada.com and Computing Canada. An IT journalist since 1997, I've written for several of ITWC's sister publications including ITBusiness.ca and Computer Dealer News. Before that I was a staff reporter at the Calgary Herald and the Brampton (Ont.) Daily Times. I can be reached at hsolomon [@] soloreporter.com
Previous articleWi-Fi traffic to overrun wired traffic in four years: Cisco
Next articleHP expands encryption for enterprises