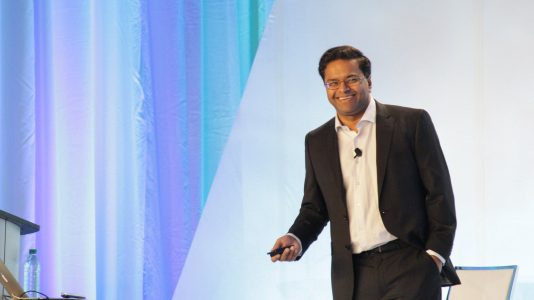 Dublin, Ireland – At its fourth annual user conference here this week, Mississauga, Ont.-based mobility management vendor SOTI announced the imminent release of its new platform, SOTI One (branded as ONE). As of Nov. 1, SOTI One, which has been in beta testing for the past year, will be generally available.

“The SOTI ONE Platform is our answer to keeping up with the pace of change,” said SOTI CEO Carl Rodrigues. “Our goal is to make it ridiculously simple. We’re looking at a certain class of problem that no-one else thought of.”

At first, SOTI will concentrate on providing a single pane of glass from which to manage printers in Connect, especially the specialized ones that usually live in difficult environments and have minimal user interfaces (think label printers, for example, or those used to print orders in restaurants), but plans to widen the scope to include anything from connected light bulbs up. Through the use of protocol connectors, plus a simple XML file describing possible interactions, virtually any device will be able to be accommodated.

The new version of MobiControl will add iOS screen sharing, so support technicians can view a user’s screen to help troubleshoot problems (this feature, along with remote control of the device, is already available to Android users; Apple does not allow remote control), Microsoft HoloLens support, major enhancements to Mac management, and integration with Samsung Knox for Android Enterprise managed devices.

Roy French, CIO at St. Elizabeth Health Centre has been a MobiControl customer for four years. He uses it to provision, monitor, and control the devices, mainly Samsung phones and tablets, used by almost 9,000 frontline staff involved in home healthcare. He’s curious about several components of SOTI ONE, specifically Snap, and the upcoming SOTI Insight. He already pulls data out of MobiControl for analysis and sees Insight as a less onerous way to perform the same task. He said he may also look at Assist, noting that since anything that takes away from patient care is a detriment, he will investigate anything he can do to make frontline staff’s lives better.

Initially both SOTI ONE and standalone MobiControl will be available, though the plan is to eventually just sell the whole stack as a bundle.

Analyst David Krebs, executive vice-president of Natick, Mass.-based VDC Research is cautiously optimistic about the new platform. He sees its value, but is doubtful that most companies will take advantage of all of the functionality. “There’s a lot in the suite,” he said. “It will be a challenge for SOTI; they will have to be careful that the core value doesn’t get lost in translation. They have to do a sharper job at conveying the complete turnkey message of SOTI ONE.”

During the conference, SOTI also announced that it is opening its 10th global office, a development shop, in Galway, Ireland, providing 50 jobs to begin with, and growing to 150 in three years. Its total investment will be 20 million euros (almost $30 million CAD). The firm now has 10 global offices and its workforce will exceed 1,000 employees by the end of 2018.

SOTI has experienced 93 consecutive quarters of profitability, w/more than 17,000 enterprise customers. The opening of the Galway office represents a significant milestone for SOTI, which now has 10 global offices & a workforce that will exceed 1,000 employees by the end of 2018 pic.twitter.com/KevpDBkBdn

Lynn Greiner
Lynn Greiner has been interpreting tech for businesses for over 20 years and has worked in the industry as well as writing about it, giving her a unique perspective into the issues companies face. She has both IT credentials and a business degree.
Previous articleMaking the most of the Next Mobile Economy
Next articleBlackBerry lends secure hardware assurance to Swiss phone maker Punkt