It takes guts to launch a “dumb phone” in a smartphone market that seems obsessed with layering on more features than you can shake a stick at.

That’s essentially what Petter Neby, CEO of Switzerland-based Punkt (which translates to “full stop” in German) is doing with the MP02. The pebble-like device easily fits in the palm of your hand, offers a postage stamp-sized LCD screen and an anachronistic set of hardware buttons – numerals from 0-9, as well as buttons to launch messages or calendar – and you won’t be doing any web surfing on it.

You text by inputting words with Q9 input, a system that was last in vogue circa 2006. There’s no way to listen to music from the device, or download any apps. Yet it’s easy to see that there’s more to this device than the old clamshell you have sitting in a drawer and covered in a layer of dust. It’s designed by rockstar industrial designer Jasper Morrison. Also, the MP02 is the first mobile device that’s not a BlackBerry to use BlackBerry’s patented system for assuring security from the OS boot layer. Punkt signed a deal to become “BlackBerry Secured” in January.

The way Neby tells it, the whole concept behind Punkt phones isn’t a rejection of modern technology trends. When he launched his first mobile phone back in 2015 with the MP01, the idea behind the product was to put control in the hands of the users.

“It’s about taking back control of technology. Today technology is taking control of us,” he says in an interview at BlackBerry Security Summit. “Before we made our first mobile phone, we were seen as an industrial design-centric firm. But a mobile phone touches upon something central to modern life.”

Users that adopted the MP01 were business professionals, he says. Lawyers, consultants, and other people that “appreciate the value of a phone call.” They may also value the fact the battery life lasts for 10 days, and the inherent security from cutting out connections to the Internet.

With the MP02, now available for pre-order online at a price of $349 USD, Punkt is leaning into the security posture even harder by partnering with BlackBerry. Neby started the conversation with the former head of design at BlackBerry, who visited Punkt to speak with Morrison. The thread held up from there and now Punkt is placing the BlackBerry Secure Integrated Manufacturing Service (BSIMS) in its manufacturing process. 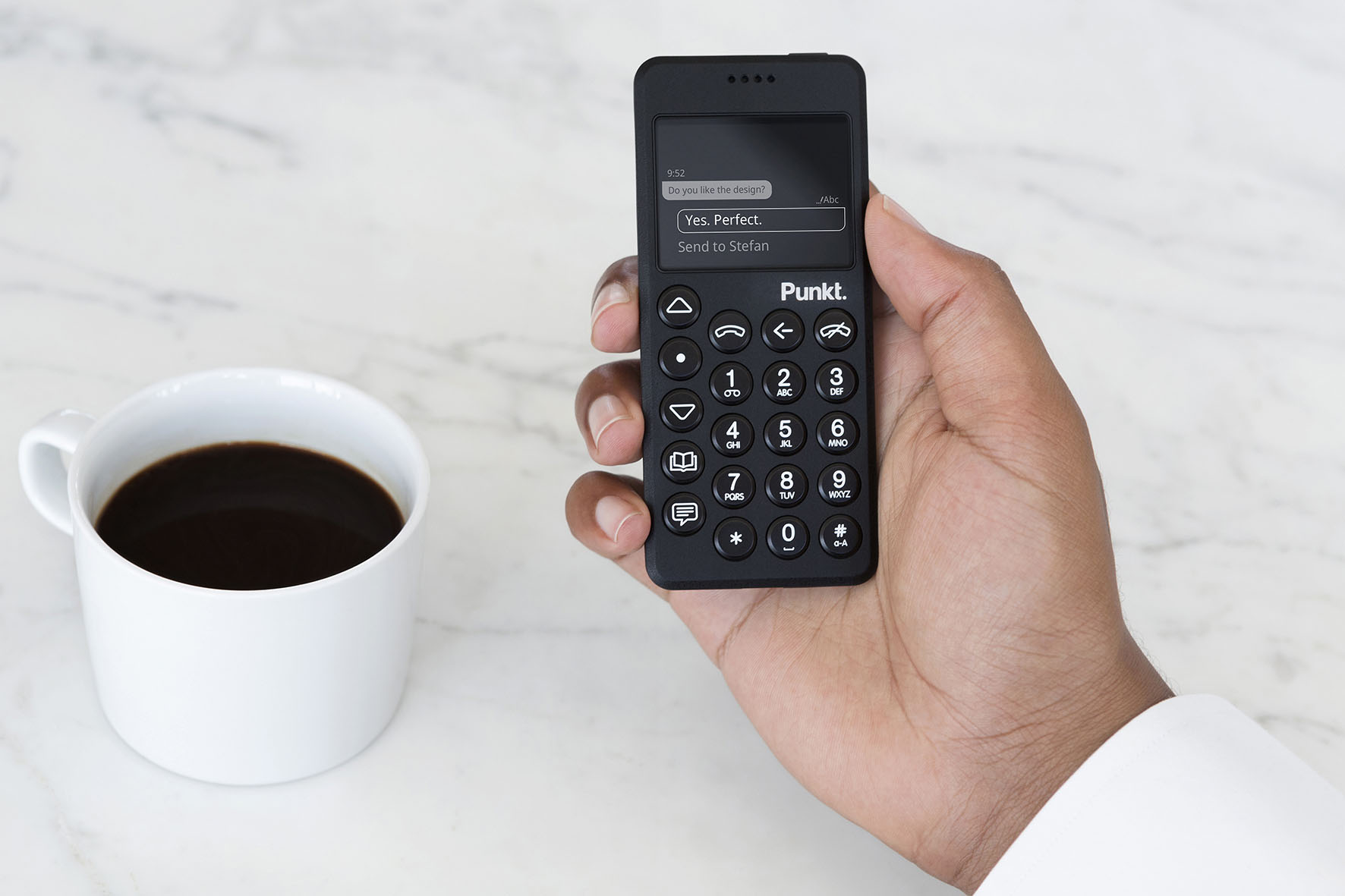 Quite literally, explains Alex Thurber, the senior vice-president and general manager of the mobility solutions division at BlackBerry. BlackBerry has deployed a station on the factory line that injects the cryptography into the hardware and locks it to the software that’s loaded onto the device. It connects the device back to BlackBerry headquarters in Waterloo, Ont. so the devices can “check-in” periodically to ensure they haven’t been tampered with.

Similar to the BlackBerry devices made by TCL, such as the Key 2, when the MP 02 is booted up, each hardware and software component is validated by BlackBerry technology. The process ensures the device can’t be rooted and that Punkt’s original software is in tact.

That original software is Android, but stripped down to the bone, beyond even the “stock Android” often referred to in the industry. It uses Android Open Source Platform, a version of the OS that doesn’t connect to any of Google’s services.

“It’s Android without all the Google parts,” Thurber explains. “So you don’t need to call up Google’s servers. BlackBerry delivers the security patches to the Punkt device.”

There are a few other modern conveniences on the MP02, including LTE connectivity and the ability to create a Wi-Fi hot spot.

“I want it to sit on top of my device hierarchy,” Neby says. By using the phone as a data connection when he chooses, he says he’s in control of when he reads email and social media updates.

It’s an antidote to the intrusion of smartphones into our lives, he says.

“We have this tech fatigue now,” he says. “We aren’t able to sit and wonder, and when have time to wonder, that’s when creativity is applied.”

Here are the complete specs for the Punkt MP02:

Brian Jacksonhttp://www.itbusiness.ca/
Former editorial director of IT World Canada. Current research director at Info-Tech
Previous articleSOTI announces new ONE platform, expansion to Ireland
Next articleCyber Security Today: Oct. 8, 2018 -Why you have to read your mail slowly