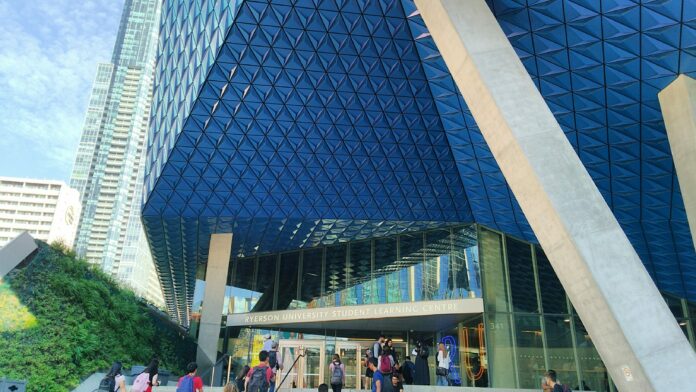 Ryerson University has introduced a new course that allows students to focus on a project within one of Ryerson’s Zones – incubator spaces that bring people together to kickstart projects and build startups – either as founders or as partners within an existing team.

Ryerson is home to 10 zones, each focusing on a different industry.

The ZON 100 course is in session now for the Fall 2021 semester, and students will officially be able to declare the Minor in Innovation and Zone Learning next year in September 2022, allowing them to get academic credit for zone activities.

The minor is offered jointly by The Creative School’s RTA School of Media and by the Department of Computer Science in the Faculty of Science.

According to Farhan Zia, senior manager of strategic initiatives in the office office of Zone learning, the course is open to any undergraduate student. Currently the course has students from all four years in various majors.

“The course itself is meant to help you identify your passion project and then actually launch and do something with it,” he explained.

For third year computer science student Reza Anvari, ZON 100 has been a positive experience. He said being in the computer science program, there is not a lot of room for hands-on work and collaboration.

Computer science opens doors to the software development and web development industries, but Anvari isn’t completely sure about what path he plans to follow after graduation.

In fact, ZON 100 has opened his mind to different career options, while still working with technology.

“It’s not designed specifically for computer science, but you know, the skills that we learned, the concepts that we talked about, these are all like portable and transferable skills.”

In the course, Anvari is working on a project involving computers and music, but he feels the course is teaching him new things that will help adapt his tech skills in his education and into the future.

And it’s not just Anvari who is learning a whole new set of skills.

Zia said that ZON 100 is also teaching students the basics of data and introducing them to Excel.

“There was one pro communications student, who, almost like every week, had a presentation and was up in front of the class, but she’d never had to work with a spreadsheet before. She was planning an event, but she had to create an event plan and it was in a spreadsheet in Excel and she had to learn how to do that… she learned how to plan an event in class but actually doing it comes with experience.”

In light of the recent skills shortage that the technology industry is facing, Zia said ZON 100 and the zones at large could help students gain or further tech skills.

“It can be something like how to code and we’ll do that over a couple of weeks, or how to use a 3D printer or whatever the case might be,” he said.

However, based on research by the university, Zia said, “Where tech firms and employers are really looking for support is not so much on the technical hard skills. It’s more on the intangible, transferable skills.”

He said that the technical skills can be taught in student programs, but ZON 100 can help teach the business process and skills behind a tech startup or a software team.

“The industry has been telling us that there’s been a major gap and that’s what Zone experiences and now a course can help with.”

Samira Balsara
Samira is a writer for IT World Canada. She is currently pursuing a journalism degree at Toronto Metropolitan University (formally known as Ryerson) and hopes to become a news anchor or write journalistic profiles. You can email her at [email protected]
Previous article
Cloudli launches communication app for business texting and calling
Next article
Most organizations don’t understand third party cyber risks: survey