Perfect CIO retirement: join a board of directors 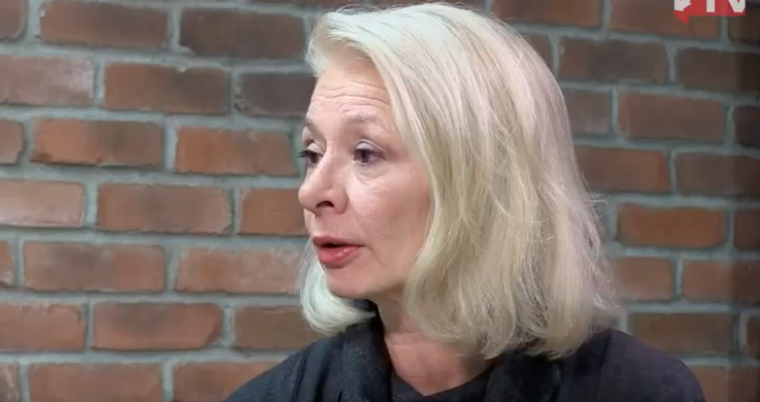 To mark the 25th anniversary of Canadian CIO, we’re doing a walk down memory lane by profiling some of the CIOs featured on our covers over the past quarter-century, reflecting on their cover moment and catching up on where their leadership career has taken them.

Helen Polatajko’s Canadian stint as a CIO began at a startup, giving her a rare opportunity to start from scratch. It also transformed into a collaborative role that has led her to help corporate boards better understand technology.

Having begun her CIO career in Texas in 1993 for Mellon Financial Corp.’s mortgage subsidiary, four years later Polatajko was asked to come to Canada to be the CIO for its joint venture with CIBC in Toronto because she already knew the Mellon technology.

“It was a great opportunity because it was a startup,” she said. “I could really greenfield the technology, the people. I had to hire people, I had to create policies. It was a unique opportunity. Many CIOs don’t get a chance to greenfield.”

It was a busy time for CIBC-Mellon when Polatajko took the reins in 1998. “It was the beginning of a joint venture. Y2K was right on our doorstep. CIBC-Mellon right involved in an acquisition the second year of its existence,” she said. “On top of that, the insurance companies were starting to go public from being private. All the demutualization of the insurance companies was happening.”

It was a lot to tackle in the span of two years. Polatajko’s approach was to do everything piece by piece with a really strong team of people that really wanted to work, do the right things, and enjoy the green fields. “It’s no different then than it is now,” she said. “They saw that opportunity of doing something, making something new, and making something good.”

Some of the pitfalls back then remain the same today, something Polatajko tried to avoid at CIBC-Mellon, including the duplication of everything, “spinoffs of everything, so there’s multiple data stores for the same data, not the same definitions for the same data.” She saw an opportunity to do things differently by creating a single source of truth. “We would all know what the pieces of data meant. There would not be duplications of data, there would not be spinoffs of applications.”

Polatajko said her organization was able to merge data tighter than what can be done today because there’s too much disparate and unstructured data coming in. “Today’s CIOs can no longer get their hands around it.” But what hasn’t changed in her 30-year career is how to get the best people. “I’m a firm believer that technology can be taught. That is not the challenge. What you want to look for are the kinds of people that are a fit for the organization and fit for the team. People that think out of the box. People that can look at things in different ways and not always look at it one way.”

Five years into the CIBC-Mellon joint venture and clear of the Y2K and demutualization challenges, Polatajko said executives collectively agreed they should collaborate more as a team. “In 2003, we started not just building our individual teams, but building for the organization. We started coming up with different procedures to help us,” she said. “These were no longer just technology projects. These were business projects. We built in those protocols, and my colleagues and my executives were all part of helping us build these processes for technology. It was a unique opportunity.”

Having retired in 2012 as a CIO, Polatajko created a new opportunity for herself. “I’m very conscious of sharing and giving back. I thought one of the ways that I could continue to do that, although I wasn’t looking to do day-to-day job anymore, was at the board level,” she said. “Companies now are absolutely recognizing that what’s lacking at the board of directors table is technology. It stems from the cyber security slope that’s taking off, because when the board still thinks of technology, the first thing they think of is cyber security. They don’t necessarily think of all the other components of technology.”

In 2014 she joined the Canada Mortgage and Housing Corp. as a member of the executive and management committees, with the title of vice-president of IT. Since November 2016, her focus has been as a member of the board and risk committee at CDSPI, a non-profit that provides financial services to dentists.

Polatajko encourages other CIOs to do the same, as it’s a missing element at the board level, and they are in the position to do it. For her, it’s meant her career has evolved from somewhat hands-on to more strategic planning. “I am doing some work with boards on providing strategic advice and counsel to them. I’m continuing my career in a different way right now, and still feeling that I am involved with technology, which is what started me off with this.”

With notes from Brian Jackson

Gary Hilson
Gary Hilson is a Toronto-based freelance writer who has written thousands of words for print and pixel in publications across North America. His areas of interest and expertise include software, enterprise and networking technology, memory systems, green energy, sustainable transportation, and research and education. His articles have been published by EE Times, SolarEnergy.Net, Network Computing, InformationWeek, Computing Canada, Computer Dealer News, Toronto Business Times and the Ottawa Citizen, among others.
Previous articleFeds, Ontario, Quebec announce $400 million 5G public-private partnership
Next article25 years of the Canadian CIO: A hero’s tale