Partnering for innovation: How to bridge the gap

Erin Griffin, CIO and vice-president of IT at Loyola Marymount University (LMU) and Mitch Davis, CIO of Bowdoin College, met three summers ago at Snowmass, near Aspen, Colo., during a conference on academic computing. They chatted, shared experiences about their respective challenges and traded some ideas. But it didn’t occur to either of them that they could join forces until they met up again in 2005 at the same conference.

They were leaving a session about disaster recovery, reflecting, Griffin remembers, that they were both in similar jams. Disaster recovery solutions from vendors were expensive-especially for small colleges (like LMU and Bowdoin) with limited budgets. Griffin and Davis joked about how easy it would be for people to replicate each other’s data centres if only they were willing to work together. Then came the epiphany.

“We said, What if we actually did it?” Davis recalls. Half a year later, Griffin, who is based in Los Angeles, and Davis, in Brunswick, Maine, began developing a solution that allows them to host each other’s disaster recovery sites. And it has cost a mere fraction of what it would have to hire a vendor.

Samuel Gaer, executive VP and CIO of the New York Mercantile Exchange (Nymex), faced a different problem. A major competitor was encroaching on Nymex’s market share by offering competing energy futures contracts on a “side by side” system for trading both securities and their options, while Nymex was still executing them manually (brokers screaming out orders in the trading pit) from its trading floor during daytime business hours.

Gaer needed to get Nymex’s contracts online in a hurry. Nymex had a system ready (ClearPort) that it had upgraded, but Gaer knew that the Chicago Mercantile Exchange (CME), which specializes in financial futures, had a well-established electronic trading platform called Globex.

“From a technical standpoint, our system was robust, but CME [and Globex] still had some distinct advantages,” he says. For instance, Globex, which had been around since 1992, had been more heavily tested and as a result was more scalable. So Gaer swallowed hard and called CME COO Phupinder Gill to propose a partnership.

“I essentially said, ‘Why should Nymex reinvent the wheel when we can collaborate?’” Gaer recounts. Working together over the next year, Nymex and CME came to an agreement that enabled Nymex to list its futures contracts on Globex.

The partnership helped extend CME’s Globex platform, improving its customers’ experience (many also did business with Nymex). For Nymex, trading volume in the crude oil futures it offered grew from 220,000 to more than 500,000 a day in six to eight months.

When Gaer proposed listing Nymex’s energy futures contracts on the Globex platform run by the Chicago Mercantile Exchange, he told his boss: “This has nothing to do with a lack of faith in our abilities; this has everything to do with a forward-looking business relationship.”

A successful collaboration pairs partners with complementary skills, says Griffin, and that’s what she found with Bowdoin College CIO Mitch Davis. “Mitch is the king of the creative idea. I’m a process and planning person.” Together, Davis and Griffin built a disaster recovery system for both schools. “Not only did our staffs have complementary skills,” says Griffin, “we did as well.”

These efforts represent a growing trend among companies toward collaborating with industry peers. A global study by IBM of 765 CEOs last year revealed that more than 75 per cent place a priority on partnering outside their organizations to create innovation. But there remains a collaboration gap, with only 50 per cent actually reaching beyond their own enterprise to partner with another organization. That gap, the study concludes, represents an opportunity for CIOs to lead the way as facilitators of intercompany collaboration.

But taking on this role is a challenge for IT departments, which typically take pride in in-house innovation. “The role of the inventor is disappearing,” says Navi Radjou, VP at Forrester Research. “They need to stop inventing and take on the role of…transforming raw technologies into a meaningful application for [the] business.”

LMU and Nymex have reached out to transform the way business is done in their industries. In so doing, they’re helping to define best practices for partnerships in business innovation.

How to bring the boss along

Even though most CEOs might tell IBM’s survey team that they would welcome external partnerships, they still have to be convinced that these partnerships with putative competitors are good for business. There are three factors that count with the boss: good timing, a solid ROI and an immediate business need.

Griffin and Davis conceived the disaster recovery plan for LMU and Bowdoin in 2005. They were still brainstorming when Hurricane Katrina devastated the Gulf Coast in August and forced colleges such as Tulane in New Orleans to shut down. Disaster recovery became a hot topic.

“All of a sudden people were interested in it,” Griffin says. “So we took it to our senior administrations.” Cost became the overriding factor, Bowdoin’s Davis says. “I’d been thinking about what it would cost to do disaster recovery with a vendor — you just couldn’t do it.”

In the case of Nymex, CEO James Newsome was keenly aware that the company had put significant time and money into ClearPort. But in 2005 Nymex developers were still putting the system through its paces. So when Gaer made the case to collaborate with CME, he emphasized the benefits of speed and economics. “I said that CME spent US$7 billion in seven years building a worldwide distribution market for Globex,” says Gaer. “If we put our products on Globex,” he argued, “then we’d have the immediate distribution we needed.” Newsome bought Gaer’s argument, acknowledging that the decision ultimately was about business, not technology.

There were some sticking points during negotiations. For example, Nymex worried about ceding some control over its technology to CME. In exchange, Nymex wanted CME to sign a non-compete agreement promising not to list futures contracts that resembled Nymex’s. CME eventually agreed, and the deal went forward. (In June, the companies quashed rumours that they were discussing a merger after the Bloomberg news agency reported Nymex was exploring a sale with three potential partners, including CME. Executives from both companies said that they plan to continue their partnership as independent entities.)

How to bring your staff along

Once Gaer worked out the deal with CME, he had an ugly job ahead of him: telling his developers that their ClearPort platform was being shelved in favour of Globex. “It was one of the hardest things I had to do,” he says. “We had our own system that we believed was bleeding-edge. There was a lot of pride of ownership.”

Gaer’s problem was a common one, says Forrester’s Radjou, as IT staff are urged to let go of their role as inventors. “You don’t want them to think they’re not good at what they’re doing,” he says. Making sure that your IT staff is given ways to make valuable contributions to the project is critical.

The Nymex developers weren’t blindsided by the news of the partnership (there had been rumors of the deal in the marketplace) but there were, Gaer believes, bruised egos. So in town hall meetings, he went out of his way to make it clear to the developers that their technological work was sound. Establishing that allowed him to explain the business imperatives.

Of course, not all the developers were convinced, so Gaer encouraged them to vent and to challenge him. “[I would] walk to the bottom of the floor and say, ‘Ask me what you want. Say the emperor has no clothes.’” He also established an open-door policy for his staff to speak with him privately if they didn’t feel comfortable doing so in the town hall forum. Gaer believes that his openness and willingness to hear criticism helped the staff come to trust and get behind the decision.

Gaer and CME CIO and managing director Jim Krause also gave the Nymex IT department an active role in the Globex integration. While CME, which deals primarily in financial futures, wasn’t new to energy futures (it had once listed a few Nymex products), it still relied on Nymex IT’s expertise to help with the migration.

After LMU and Bowdoin got their staff and leadership teams on board, the next step was to assess the strengths and weaknesses of each organization. The approach was simple: Figure out which organization was better-versed in a particular technology and let that organization help the other implement it.

Griffin and Davis’s ultimate goal was to replicate each other’s IT departments as much as possible, from their Web infrastructure to e-mail, to servers. By mirroring each other, they could easily take on each other’s operations if a disaster occurred.

According to Griffin, Bowdoin had a good handle on VMware, but LMU had a better grip on Microsoft Exchange. So they helped each other deploy the technologies they knew best, mixing and matching until their IT departments were like twins. “Now you can go right down the list of places where we match,” Davis says. 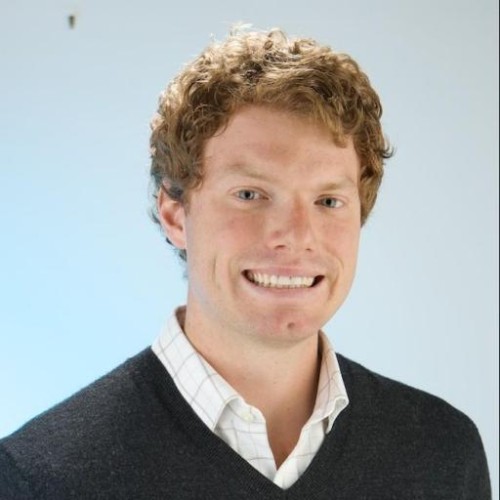