ONESTOP: Could this be the ideal model for public sector transformation? 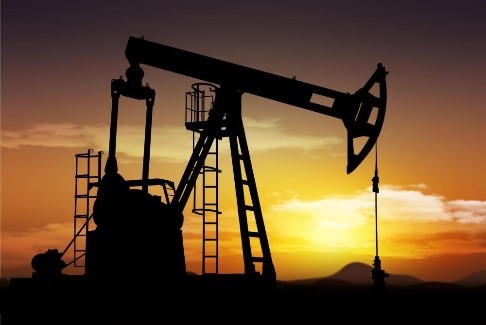 The public sector can be innovative, fast-moving and lead in digital transformation, according to Tara Mulrooney, the chief technology officer with the Alberta Energy Regulator (AER).

“We have the best opportunity to be digital leaders,” Mulrooney said at a recent OpenText webinar. “We have big, audacious problems to solve and that brings creative thinking,”

The AER launched its transformation in 2013 after it became the single
regulator of all energy development projects in the province. The results
are impressive. In less than two years, the organization’s systems have been
reduced from 11 to one for reclamation certificate applications clearing a
backlog of 2700 industry applications. The time to make decisions on
pipeline applications has been cut by as much as 99 per cent.

View Online Webinar Is this the new government platform of the future?

The secret to its success was a business-driven approach based on an integrated, low-code architecture, said Mulrooney.

Getting rid of silos

Prior to its transformation, AER faced problems similar to those of many public sector organizations. It had to protect the environment and meet demands from citizens for greater transparency in the decision-making process. After years of adding on to legacy systems, it had to make it easier for people to interact with the organization. “People had to re-enter their data into many different systems just for a land permit,” said Mulrooney. “Other organizations were actually offering courses on how to deal with us.”

It was up to the IT team to figure out how to renew the environment to provide greater agility, without significant capital expenditures up front, said Mulrooney.

Business took the lead by reviewing the decision-making process and identifying the problems that needed to be solved. Instead of working in silos as before, IT developed technology to match the business goals.

“Having business and IT work hand-in-hand ensures that the ONESTOP platform is business-driven,” said Nicole Ruptash, business analyst with AER. “That’s the difference for success.”

One system for everything

ONESTOP provides a single platform for everything AER does by giving users a seamless interface to all of the tools they need. “We went from a 100 per cent custom coded environment to 10 per cent and leveraged great technologies by integrating them through their standard APIs,” said Mulrooney. The system is easily scalable and interoperable, so that data can be exchanged for collaboration with others.

The platform has met the need for greater transparency for citizens. Anyone can access AER’s decisions or information on incidents in near-real time. They can also use a map viewer to see what’s going on with energy development anywhere in the province, said Ruptash.

It’s made the application process simpler and faster, said Ofelia Giles, solutions architect with AER. Applicants can see what projects risks have been identified before they submit the form and can make adjustments, she said. Before the application is final, the system does a validity check to make sure it is complete and accurate. In addition, low-risk decisions are now automated based on standard protocols.

The platform has embedded analytics to assess AER’s performance so that business processes can be continuously improved. “It’s all about the information driving the process and not the process driving the way we work,” said Mulrooney.

Cindy Baker
Cindy Baker has over 20 years of experience in IT-related fields in the public and private sectors, as a lawyer and strategic advisor. She is a former broadcast journalist, currently working as a consultant, freelance writer and editor.
Previous articleCanadian oil and gas companies team up with IBM to squeeze out efficiencies
Next articleHashtag Trending – U.S. wants social media data for visas, HP’s Zero-G printer for the International Space Station, Apple to replace Intel chips in Macs with its own