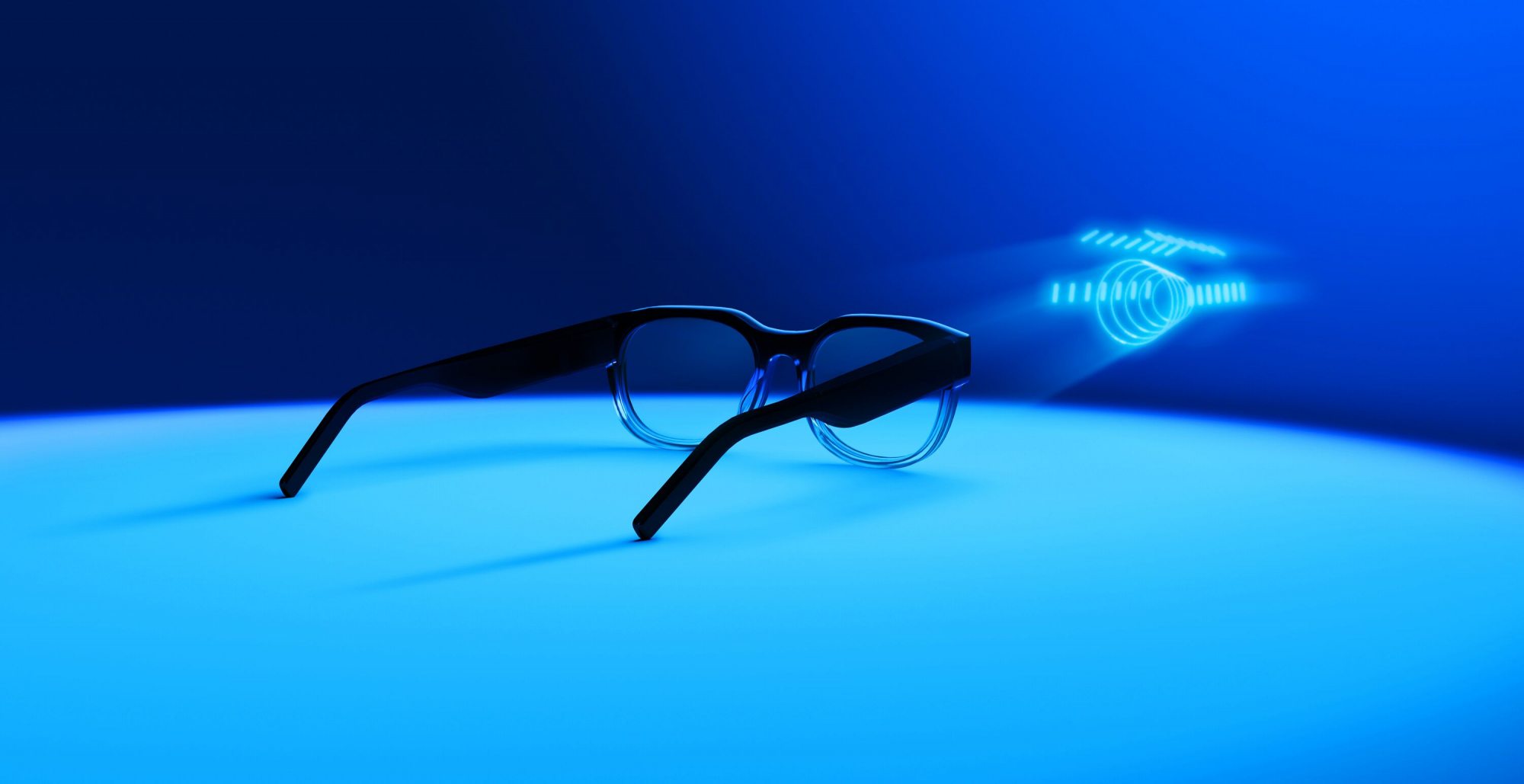 Details surrounding the new Focals 2.0 are scarce. The teaser product images shot in near pitch-black only showcased its vague silhouette. Without a reference point, it’s difficult to determine its size relative to the original. With that said, its press release indicated that it’s 40 per cent lighter, indistinguishable from normal glasses, and sports a display with 10 times higher resolution. In addition, the legs now fold at the joint to the lens frame.

Stephen Lake, North’s chief executive officer, said that Focals 2.0 is “on a completely different level” and that it’s the “most advanced smart glasses ever made” in its press release.

The Focals smart glasses hosts a tiny projector inside the leg of the glasses. Its output is then reflected directly onto the user’s fovea via a special area on the lens; creating a clear image without needing the eye to focus. When connected to an Android or Apple smartphone, users can scroll through weather, turn-by-turn directions, and notifications using a control ring that fits on their fingers. To read more about how it works, please refer to our primer.

In February 2019, North announced that prescription lenses for Focals have entered full production.

Pricing and availability for the new Focals have yet to be announced.

Tom Li
Telecommunication and consumer hardware are Tom's main beats at IT World Canada. He loves to talk about Canada's network infrastructure, semiconductor products, and of course, anything hot and new in the consumer technology space. You'll also occasionally see his name appended to articles on cloud, security, and SaaS-related news. If you're ever up for a lengthy discussion about the nuances of each of the above sectors or have an upcoming product that people will love, feel free to drop him a line at tli@itwc.ca.
Previous articleHashtag Trending- Ericsson pays big fines; Google unjust firings?; Microsoft shelves Wunderlist
Next articleBreaking down cybersecurity best practices one castle wall at a time