In 2018, smart glasses technology still seems to lie dormant in the general consumer market; with that said, one Canadian company is looking to rejuvenate the scene with a new set of lenses.

Thalmic Labs, the Waterloo, Ont.-based company behind the Myo armband controller, is re-branding to North, and in celebration, it’s releasing its new Focals smart glasses. IT World Canada had a chance to try out a pair at North’s still-under-construction store in Toronto, and here’s what we learned.

The Focals smart glasses aim to provide an intuitive way to check notifications, speak with Alexa, plan a commute using Uber, and more. Its philosophy isn’t to cram in exorbitant functions, but to give quick, snappy bits of important information. In fact, during an interview, Aaron Grant, North’s co-founder, said that the display is supposed to be off most of the time, and only comes alive when needed.

While the Google Glass and its tech looked promising it was relentlessly mocked for its awkward design and its package resembled a cheap prop from a B-rate sci-fi flick.

The Focals, on the other hand, are far more stylish than the gaudy Google Glass. Think of its smart capabilities as an extension to a pair of prescription glasses that you can actually use to see. The projection technology is integrated in a subtle, minimalistic way to avoid making the wearer stand out. 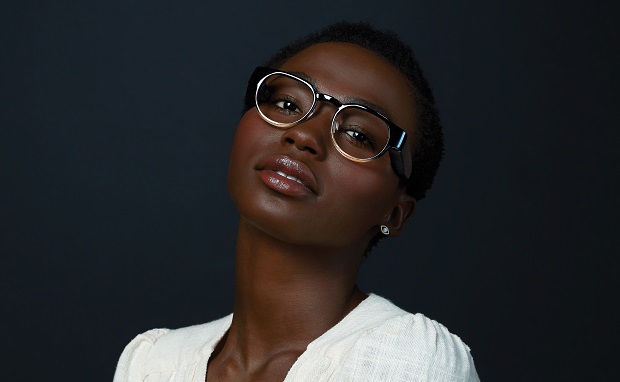 In my opinion, Focals looks the best of all the available smart glasses, even if there aren’t that many to choose from. It can easily pass off as normal pair of glasses, albeit with thicker legs that hold the electronics and battery. Its plastic frame is light and durable, weighing around 60 grams while being water and dust resistant. Grant didn’t reveal if it was IP rated, however, only that it can be worn in the rain.

The Focal’s foundational principles bear a striking semblance to Google Glass. They both use a tiny projector to reflect the image onto the wearer’s fovea, the part of the retina that sees the sharpest. This is how it’s able to present a clear image despite being in such close proximity to the eye.

It’s at the implementation level where the two smart glasses diverge. Whereas Google Glass uses a tiny prism to deflect the horizontal trajectory of the projection, Focals has the deflection piece embedded directly on the lens. It’s a tiny circular lens that’s extremely difficult to spot, but you can barely outline its contour when the light hits it just right. 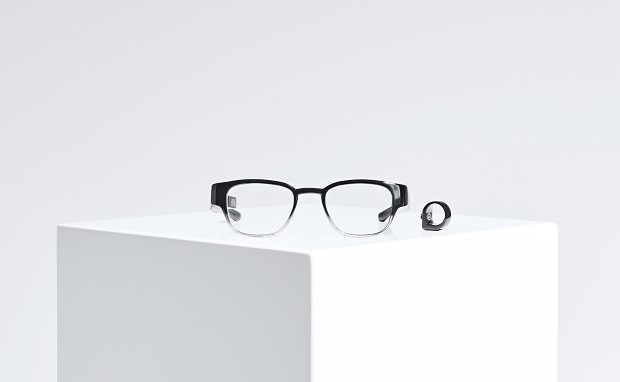 This design accomplishes three objectives; firstly, by pointing the projector forward, it can be tucked away into the leg of the glass, secondly, since the reflector piece is on the glass, it doesn’t need a dedicated housing.

Focals, however, has the reflection piece planed on the lens itself, eliminating the need to adjust focal distance regardless of prescription.

So why not flexible transparent OLED films? That’s easy to answer. Your eyes are incapable of focusing on images at such close distance. There are ways to create a virtual, focused image using OLEDs, but such a design would increase the size and reduce the transparency of the lens. Hence, the projector is a much more effective method.

This brings us to the fitting process. Because the reflection piece is stationary, its position needs to be custom calibrated for every user. In addition, the frame needs to sit perfectly so that the reflection could enter the eye at the correct angle. North uses an imaging station that has 11 cameras to create a 3D model of your head, which it then uses to tailor the frame.

One would think that because the projector shoots away from the viewer, the content of the display would be visible for all to see. Thankfully, it isn’t the case with Focals, the reflection piece uses a proprietary polarized coating that prevents the light from penetrating the lens, thus keeping your data for your eyes only.

It’s great that your information is hidden, but what about the privacy of others? Google Glasses could record video and audio using a simple voice command, and that raised strong concerns with the privacy-minded public, ultimately causing it to be banned in sensitive places even before it even launched.

The Focals, on the other hand, is strictly an output device. It doesn’t have cameras, and the microphone is only used to issue voice commands. This alleviates much of the privacy issues surrounding smart glasses.

Having fewer sensors means fewer parts to power, and fewer parts to power means longer battery life. Though it had a more robust feature set, the Google Glass lasts just five hours on one charge. The Focals, on the other hand, can last up to 18 hours. Each pair of glasses comes with a dedicated charging case that can supply up to three full charges. 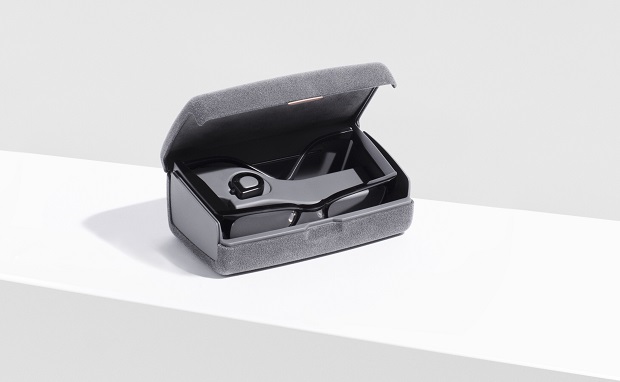 Consumer smart glasses technology is still unrefined, so despite being one of the most attainable and functional products to date, the Focals smart glasses isn’t without drawbacks.

As its complexity rises, so does the price for parts. While North hasn’t given us a concrete answer on cost, it’s a safe bet that replacement parts won’t be cheap. Luckily, Focals does come with a 1-year warranty and 30-day return policy.

Focal’s aesthetic appeal is undeniable, but it still lacks in frame style variety, though that could be something for North to expand on later.

Each pair of Focals glasses runs for $1,299 – an ostentatious option for deeper pockets. Upon launch, it will be available in a standard square frame and a round frame, both of which come in either black or turtle shell. 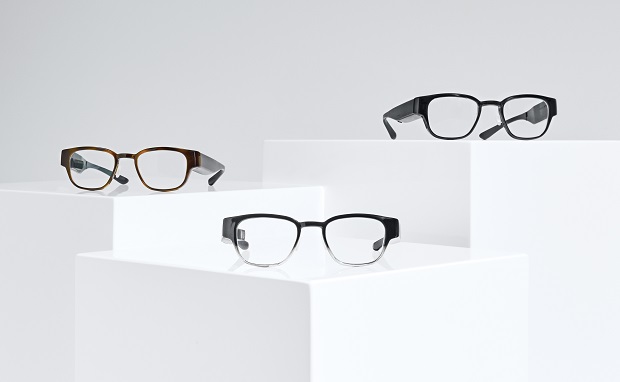 The North store will open in downtown Toronto and Brooklyn early November. While initial order fulfillment could take up to a few months, North is hoping to eventually reduce the turnaround time to just a few days.