SAN FRANCISCO (01/29/2001) – NEC Corp.’s new sub-5-pound, LCD-based LT155 projector offers much to like. Loaded with great features, the LT155 packs a lot into a compact form factor–and at a price (MSRP CDN$8740, street $7500) that is very competitive. But some performance drawbacks prevent us from being as enthusiastic as we might otherwise be about this unit.

Of Form and Function

Though it doesn’t have the elegant design of projectors we’ve seen from InFocus Corp. or Compaq Computer Corp., the LT155’s utilitarian, boxy design does the job in a small, easy-to-carry package. It has all of the requisite connectors conveniently placed on the left side, including a USB port; a power cord connector; composite, S-Video, and audio inputs; a VGA port; and a CompactFlash slot. The silver-colored unit has a compact footprint, measuring 8.2 by 9.6 by 2.5 inches (width by depth by height), and it weighs in at 4.9 pounds.

As so many projectors in this price class do, the LT155 gives you the option of using controls on the remote to operate your mouse pointer while displaying content on screen. NEC takes that option one step further by including a nifty gizmo that gives you wireless mouse connectivity to the projector via an infrared port. The wireless dongle connects easily to the USB or mouse port on your PC or Mac (using the included USB, PS/2, or ADB cable). While many projectors offer some kind of mouse control via remote control, most require you to connect your computer directly to the projector. Though NEC is not the only company to provide a wireless dongle for this kind of connectivity, wireless is still the exception–and it’s an added convenience when you’re setting up for a presentation. Of course, you still need to use a monitor cable to get the video output from your laptop to the projector.

You don’t always have to haul your laptop along for the presentation, though. Thanks to the included and easy-to-use software utility, you can convert screen captures to JPEG files and create slide shows that you can then copy to a CompactFlash card (the bundled software will work only on a PC, though, leaving Mac users to fend for themselves). A button on the projector’s remote lets you easily shift between displaying images stored on a notebook or desktop and images stored on a CompactFlash card. We’ve seen only a handful of projectors that include a media slot (we’ve seen other products with PC Card slots, for example). If you’ll be using the projector mainly for running presentation slides, the ability to leave the notebook at home and run your presentation from a CompactFlash card is a major convenience.

We also were very happy with the LT155’s ability to compensate quickly for keystoning, which happens when the top of the image appears wider than the bottom because of the angle from which you’re projecting. That sort of distortion happens rather routinely with any projector, so we found the LT155’s remedy convenient: You simply push a button on the remote, and the projector compensates automatically. Many projectors include electronic keystone correction, but you must first go through various menu layers to activate it.

Like the Proxima DX2 (reviewed in August 2000), the LT155 has a laser pointer built into its remote, with a selection of projector-generated pointer icons (arrows, pointing fingers, and such) that you can use if you prefer pointing at objects on the screen with something larger than a tiny red dot. However, the projector-generated pointers move sluggishly across the screen, and because you control the pointer with a rubberized disc on the remote control that works much the way a notebook’s pointing stick does, controlling the pointer’s movement can sometimes be awkward.

You can use the remote for digital freeze frames and zooms, features that can be really handy when you’re including video in your presentations. Unfortunately, unlike Proxima’s DX2 projector, which has a similar feature, NEC doesn’t offer any controls to enable you to scroll around in the enlarged image.

While we really liked the aforementioned features, we found the LT155’s performance to be a decidedly mixed bag. NEC rates the LT155 at 1200 ANSI lumens, which is brighter than average for projectors in this size/weight class. However, at that brightness level the lamp life is rated at a mediocre 1000 hours, while the norm is 2000 hours. By switching to “Eco-mode”, you double lamp life to an acceptable 2000 hours, but the brightness goes down to just under 1000 ANSI lumens, a difference that we definitely noticed. While we found this lower brightness level acceptable, and in fact comparable to many other projectors in this class, brighter is always better–something that was especially evident when we turned on all the lights in the room.

Picture quality was also mixed: While text looked fine, we were disappointed with the the way the projector handled video imagery, especially composite video. Like a good CRT monitor, a good projector should be able to support a wide spectrum of resolution settings, because you never know what kind of signal you may have to pump through it. We used a 600-MHz Advanced Micro Devices Inc. Athlon-powered Compaq Presario 5868 desktop system with a DVD-ROM drive and a 3dfx Voodoo3 1000 graphics board to see how well the LT155 handled different resolution settings from the PC (displaying a variety of text, spreadsheet, graphics, MPEG files, and JPEG files). For non-PC sources, we used a Pioneer DVL 919 DVD/LaserDisc player for an S-Video signal and an RCA DTC-100 DirecTV/HDTV set-top box for composite video and HDTV.

Although the LT155 has a native XGA (1024 by 768) resolution, its scaling technology (which enables the projector to display resolutions both below and above its native setting) also supports resolution up to 1600 by 1200 via image compression, one notch higher than the 1280 by 1024 resolution that most projectors in this class can support. While text looked surprisingly clear at the 1280 by 1024 resolution, it got seriously distorted at the maximum 1600 by 1200 resolution. PowerPoint slides and image files such as JPEGs showed up acceptably well, though. In fact, we’d have to rate the LT155’s overall scaling capabilities as better than average.

Unfortunately, video images, especially composite video, appeared slightly blurry. We were able to partially correct that by adjusting the sharpness setting in the LT155’s menu system, but we’ve seen better video reproduction from many projectors in this class. Typically, LCD-based projectors like the LT155 produce a softer video image than comparably priced DLP-based projectors, and we found that this rule was certainly true in this case. Both S-Video and HDTV reproduction were acceptable, but again not as good as other projectors we’ve tested in this class. The unit includes a mono speaker, which provided average sound quality.

The bottom line: In spite of both mediocre lamp life and merely adequate video performance, the LT155 offers solid bang for the buck, thanks to some very nifty features, a compact and lightweight form factor, and better-than-average resolution scaling. 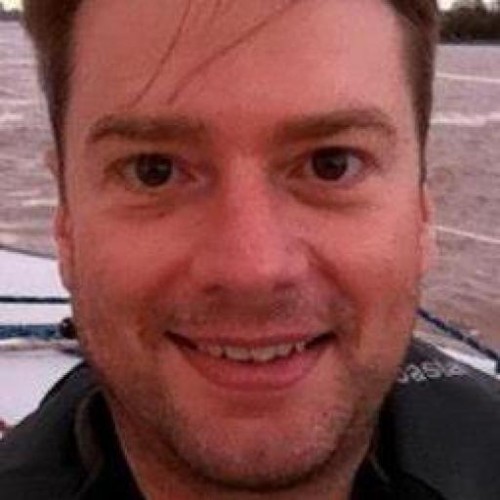