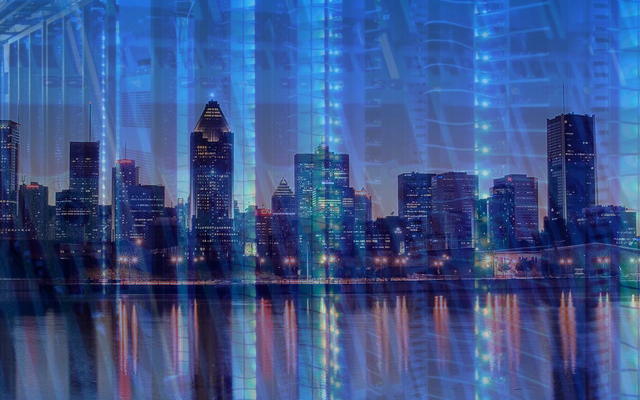 If data centres are Canada’s latest gold rush, then Montreal is the Klondike.

Just as miners rushed to the Yukon at the end of the 19th century for the first chance at the gold discovered in the Klondike, skilled data centre providers are rushing to Montreal to be the first to land the large accounts available, before the industry becomes too commoditized. In place of pick axes and sifting pans, they’re setting up server racks and offering fibre connectivity to every major carrier. Just as gold was eventually mined out of the hills of the Klondike, there’s only so many major local and foreign clients interested in large-scale data centre deployments in Canada As 2016 comes to a close, there are some signs of a maturing market for data centres in Canada, but those with the closest ties to it expect the growth period to continue well into 2017.

The sudden abundance of gold during the gold rush era actually led to a buyer’s market, with the price of gold coming down several dollars compared to previous years. The gold standard was set at this time, flatlining the price until it finally bumped up again in 1933. Similarly, the availability of data centre hosting has created a very good buyer’s market in Canada. But those low prices aren’t likely to be enjoyed for decades, according to a report from real estate services and investment firm Jones Lang LSalle IP, Inc. (JLL). As data centre hosting becomes harder to come by and vacancy rates rise, the market could become less friendly to buyers at the end of 2017.

In short, now is the time to get in.

“I don’t know how much lower pricing can go,” says Scott Metcalfe, vice-president of data centre solutions at JLL, based in Toronto. “That looks pretty good for businesses when they’ve got Fred and Barney running their data centre that goes down six days a year, at a huge cost… are they finally ready to move into this type of facility?”

Yes, says Mark Schrutt, vice-president of services and enterprise applications at IDC Canada. Seeking third-party data centre providers are definitely the trend as legacy data centres are aging and the skills needed to operate them harder to come by.

“A lot of them [data centres] have been built in office towers, which they can’t expand because of leases and expensive costs,” he says. “There’s not enough power to go into the facility and there’s certain designs that were used a decade ago that aren’t in favour now.”

IDC research shows that corporate-run data centres have declined since 2014 and there’s 7.5 per cent less floor space than there used to be for these traditional data centres. Instead, businesses are more often opting to tap data centre services through colocation services, managed hosting, or the cloud model.

Click on our data centre map to explore the boom in different regions across Canada.

“I don’t way to say we’re competing against Silicon Valley, but that might come. It’s a great place to do business,” he says.

Why? Cheap electricity. Hydro Quebec offered an average power rate of just 5.2 cents per kW in 2016, according to JLL. That’s compared to the 10.3 cents per kW in Toronto and 7.5 cents per kW in Western Canada. With data centres consuming many megawatts, any savings to be had on power goes directly to the bottom line.

It’s also a regulated market, points out Michael Bucheit, the CEO of I.C.E Data Centres. That provides a guarantee of consistent operating costs not enjoyed in unregulated markets.

“It’s like a spa and a spa without water doesn’t work,” he says. “The connectivity is like the water, it’s an essential part of your value proposition.”

Bucheit took over as CEO of I.C.E. parent company, Montreal-based Metro Optic, after running two data centre businesses south of the border. I.C.E. is a wholesale-level datacentre operating at 1.2 megawatts, where big enterprise clients are coming to him directly because they want a direct connection to their data centre through a dedicated fibre link. The 25,000 square foot Montreal data centre operates as a carrier-neutral hub that can provide access to providers like Shaw, Cogeco, Videotron, or international markets through carriers like Deutsche Telecom and Orange.

The data centre is just under 50 per cent full, he says. Customers are a mix of Canadian government, carriers, and digital businesses, and about one-third of his customers are foreign businesses looking for a wire into the North American Market.

I.C.E. also acquired a Markham, Ont.-based data centre in June after closing a deal with HPE, opening the doors on operations at the location in September. With the largest inventory of data centres available anywhere in the country, at 1.14 million square feet and 174 megawatts according to JLL, showing that North America’s fourth-largest city can’t be overlooked.

“In the data centre business you need to be in areas where there’s a lot of business and Toronto is the business hub of Canada,” he says. But that means he’s biting off all-in electricity rates of 14 cents per kWh to have a presence in the competitive region.

Data centre market in Canada trending differently than others

The IaaS market is so hot in Canada that some parties are happy to compete with cloud giants while in other markets they are offloading assets to exit the business. Service providers such as telecommunication carriers, for example, have been busy acquiring data centre businesses and are now looking to make their return. But girding for battle with the likes of Amazon and Microsoft will be a difficult game to play now that those providers are offering local services in Canada, according to Kevin Restivo, a research director at Pierre Audoin Consultants, a European IT consultancy.

“Canadian service providers should be wise to learn from the mistakes of their American brethren,” he says. “This means not competing on price versus AWS for example, given its modus operandi to be the lowest-cost provider; it has to scale it back up.”

CenturyLink Inc. exited its data centre and colocation business Nov. 4 with the announcement of a sale to BC Partners for $2.3 billion. The deal includes 57 facilities and is expected to close in the first quarter of 2017.

Canadian carriers have to find unique ways to service the market by working closely with their enterprise customers or else see their data centre business shrink just as quickly as it grew over the last year and a half, Restivo says. Carriers at least have the scale to compete in the market even once public cloud growth does slow, as the smaller players that haven’t been acquired already will feel the most pressure.

Here’s how IDC breaks down the Canadian market into two broad categories – leaders and major players:

The leaders were chosen for scale and flexibility, Schrutt says. “Customer demands are changing all the time, there’s not just one way, but there’s multiple delivery options.

“They were clumped together relatively close and a lot of them did extremely well.”

The major players are either relegated to just one region or not getting out their brand message effectively. Bell’s challenges come in a split focus of its own colocation services and its reselling of IBM SoftLayer and Microsoft Azure after decommissioning its own public cloud service, according to Schrutt. The recent acquisition of Q9 is also likely to distract from sales efforts.

“There’s a number of things that take management time and takes away from being able to coach and enable sales teams to be successful,” he says. “Until it’s finalized, you might have Q9 and Bell competing for the same business.”

Ultimately choosing a data centre from a business perspective is defined by a variety of factors. Model may be the most defining characterstic, Schrutt says, as businesses wanting a data centre for colocation services will need to choose one located in the same city as their offices, so the I.T. team can travel to the location fairly quickly. If data centres are being tapped through a managed services model, then the location is less important.

That’s where the Montreal market comes in, providing the low-cost, big scale data centre services at wholesale to public cloud providers like AWS, Azure, and IBM. With Google being the last hyper-scale cloud holdout to set up a Canadian region, it’s clear where the most likely spot to set up shop will be.

For the data centre provider that can land the client, it’ll be pay-dirt.