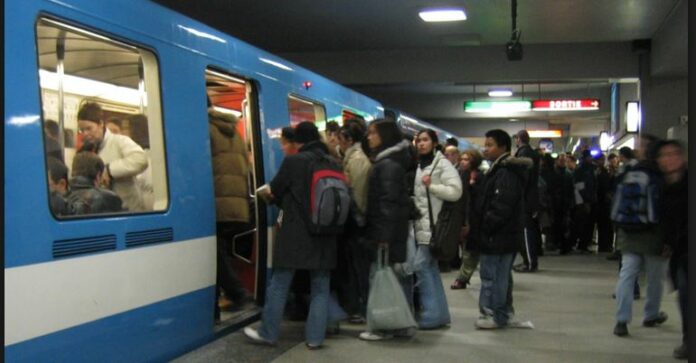 Subway commuters in Montreal will now be able to browse the internet, listen to streamed music, watch videos and make and receive calls during throughout the tunnels and stations along the systems green line segment.

The Societe de transport de Montreal (STM) announced today that it has flipped the switch of for wireless Internet and mobile service for its subway line that runs through Montreal’s downtown area between Guy-Concordia and Saint-Laurent stations which is now equipped to handle 3G, 4G and 4G long term evolution (LTE).

This makes Montreal only one of a handful of cities in the world with a subway with a 4G LTE network.

The wireless network implementation is a joint project of STM, and wireless carriers Bell, Rogers, Telus and Videotron that pitched in a total of $50 million in investment equally split among the telecom companies. It is the first of five phases expected to be completed within seven years. 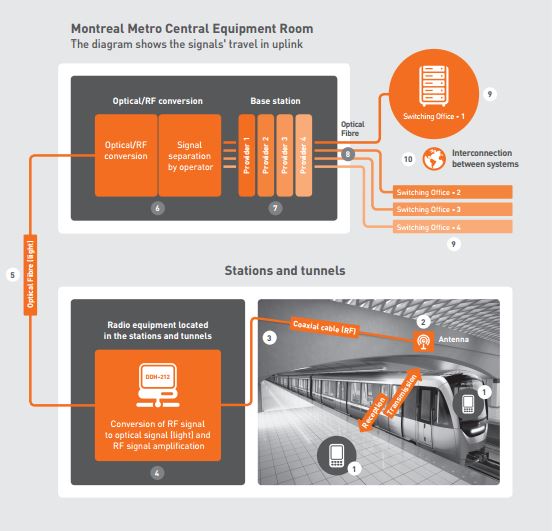 “The fact that the first stretch is finished in great news because it means our customers can stay connected while travelling, allowing them to plan their travels by consulting schedules and routes on our Web site and using mobile tools, receive information from the STM in real-time or simply consult their favourite apps while travelling,” Philippe Schnobb, STM chain, said in a statement today.

Mobile device users are connected to the subway mobile service network by transmitting and receiving radio frequency signals (RF) to and from antennas deployed throughout the stations and tunnels.

The RF signals are relayed through coaxial cables to amplifiers that convert them into optical signals. The signals are sent to the central equipment room. There the signal is converted back to RF, separated by service provider and sent to each of the appropriate telecom company’s base station.

At the base station, the signal is converted back to optical signal and sent to the mobile telephone switching office of the appropriate operator. Voice and data transmission are then sent to their proper destinations.

Over the next two years the project will focus on expanding the wireless network to the most-travelled stations along the subway system’s green and orange lines between Beaudry and Guy-Concordia on the green line and between Mont-Royal and Namur on the orange line.

The network Berri-UQAM, the most significant station of the Montreal Metro, which serves more than 125,000 commuters every day, is expected to go live be the end of 2014.