The Ontario Tire Stewardship’s efforts to collect and get used tires in the province recycled has resulted in diverting no less than 68 million tires from landfills and help generate more than $50 million in investments in the province by North American firms involved in tire recycling.

However, while the not-for profit, industry funded organization has been effective in doing its share in cleaning up the environment you might say in some ways it was groaning under the weight of its success.

For example, with the increasing volume that the organization was handling the manual transaction tracking system used by OTS since 2009 was no longer adequate. 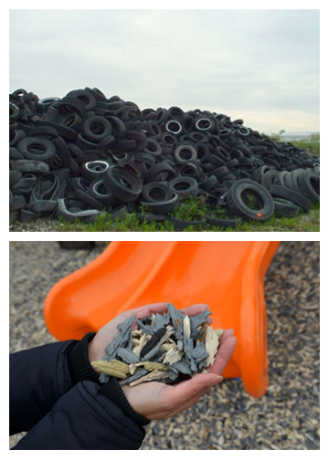 Used tires can be recycled into playground surfaces

“Participants were demanding a more efficient system that would help them achieve time and cost benefits while also contributing positively to the program, said Andrew Horsman, executive director of OTS. “On our end, paper-based reporting was resulting in considerable data accuracy issues and labour cost.”

For example in a one month period OTS would go through 107,000 pages of paper forms. Shipping that much paper alone would cost about $14,500 a month and staff needed to spend long hours sifting through the paper claims submitted by participants in the program.

However, a program employing a mobile application developed in-house and officially launched on August this year has enabled the OTS to break away from this cycle and achieve substantial savings and efficiency.

The OTS depends on haulers and collectors who gather used tires and bring them to recycling centres. OTS needs “clean data” in order to make the information they receive from participants are accurate. The data and transactions need to be processed rapidly in order for the participants to receive their payment on time. Unfortunately, hand written forms are prone to contain mistakes in calculations.

The remedy the situation, the IT team of OTS developed TreadMarks, an online system and database application to handle incentive and material tracking, according to Zach Dryman, director of IT for the organization.

In 2011, OTS selected the Capris Group (acquired by CentriLogic in 2013) to take over the TreadMarks Web application database and Web site.

“We chose The Capris Group because of their ability to provide superior service at an attractive price,” said Dryman. “When Capris was acquired by CentriLogic, we saw the opportunity of using a single provider for development, project management, support, IT infrastructure and hosting.” 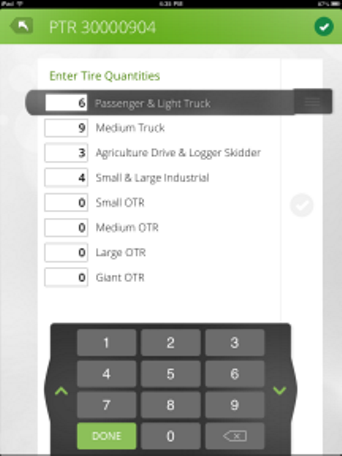 Capris, which had become a division of CentriLogic, worked with OTS to develop and deployment of a TreadMarks mobile application, said Malcolm Els, director of development for Capris.

“Their issues were around costs due to complexity and inefficiency of systems, slow response time of previous vendor and a lack of flexibility,” said Els. “OTS wanted to develop an iOS-based mobile app that will integrate with their database applications to replace their current paper-based system.”

The existing system also could not scale up to the level of OTS’s growing volume, said Jill Watts, director of development with Capris and manager for the OTS project. For instance, she said bug fixes were not being pushed out quick enough and some deployments were taking up to two months to finish.

Caprice developed new business functionalities for OTS as well as a QR code-based scanning system that would work with iPad Mini tablets which would be handed out to used-tire haulers. The tablets contain the TreadMarks mobile app.

Els said Capris had to develop and design an application that would integrate with the devices, logistic process and legacy systems of OTS in a period of five months. 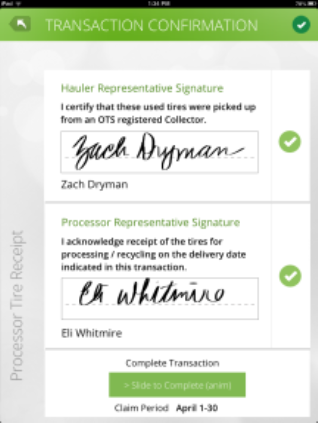 Under the new system, collectors, haulers and processors are provided a unique and encrypted QR code. Upon arriving at the used tire collector’s location, a hauler scans the collector’s QR code to retrieve the collector’s company information. After entering the number and type of each tire received from the collector, both parties electronically sign the transaction on the tablet and the data is wirelessly transmitted to the backend application at OTS for processing and claims submission. The process is repeated when the hauler delivers the used tires to the processor.

By eliminating paper in the process, OTS reduced by 33 per cent the time spent on processing claims. This translated to approximately $370,000 in annual savings. An additional $174,912 expenditure on annual shipping cost and $20,000 in paper printing were also eliminated.

OTS also managed to cuts its environmental impact by eliminating 117,000 triplicate and quadruplet paper forms and an additional 341,928 paper forms.

The TreadMarks mobile app sped up data collection, analysis and validation of claims and geo-located, time-stamped transaction and the use of encrypted and unique identifiers also help to prevent fraud.