Microsoft finally updates the Surface Studio after four years, but is it enough? 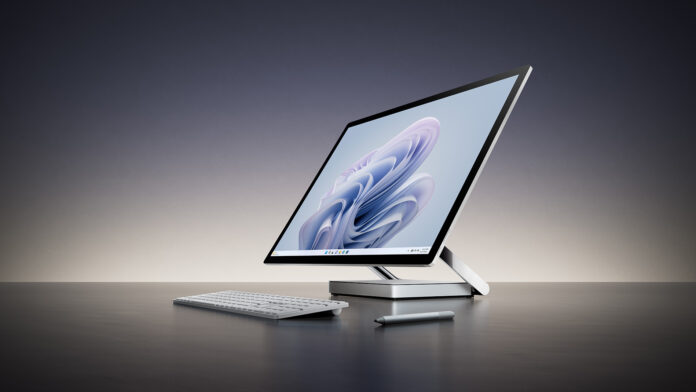 The Microsoft Surface Studio 2 all-in-one PC represents the pinnacle of Microsoft’s device engineering. Its gorgeous 28-inch touchscreen feels more compact than its size suggests due to its sleek design. And with a Zero Gravity Hinge that collapses the display to surface level, artists and designers can switch to drawing mode after sorting through their emails on the device.

Having launched in 2018, however, it gets left in the dust by even a moderately performant laptop today. At its device launch event on Oct. 12, Microsoft finally released the Surface Studio 2+ to bring it up to speed, albeit at an eye-watering cost of CA$5,960.

Both the processor and graphics have received significant upgrades. The Intel Core i7-11370H has replaced the now-ancient Intel Core i7-7820HQ. Similarly, the Nvidia GeForce GTX 1070 graphics has upgraded to the much more competent Nvidia GeForce RTX 3060. In addition to faster graphics cores, the updated graphics brings a cohort of newer technologies like accelerated ray tracing and Nvidia’s Tensor cores. Note that these components are designed for laptops and are a bit slower than their fully-fledged desktop counterparts.

Memory capacity is still capped at 32GB of DDR4. Interestingly, the Surface Studio 2+ no longer supports a 2TB storage option, leaving just a singular 1TB option available. IT World Canada has reached out to Microsoft to understand this decision.

Port selection has received an upgrade as well. There are now three USB-C ports on the Studio 2+. The ports are also faster, supporting USB 4.0 and Thunderbolt 4. They enable the Surface Studio 2+ to support up to three 4K external monitors at 60Hz. There are still two UBS-A ports available, as well as a Gigabit Ethernet port and a 3.5mm headphone jack.

The marquee selling point of the Surface Studio has always been its display. Unfortunately, there are no updates in this department. It still sports the same 4,500 x 3,000, 29-inch PixelSense display protected by Corning’s Gorilla Glass 3. Its refresh rate is still stuck at 60Hz, which is disappointing considering that the rest of the current-gen Surface devices all feature a 120Hz refresh rate. With that said, the display’s sparkling colours still hold up in 2022. Each display is even colour-calibrated for colour-sensitive work.

As welcome as the internal improvements are, they already feel a bit dated compared to what’s available on the market. The most glaring is the processor. Intel’s 12th gen mobile processors are already here, which makes Microsoft’s decision to use the older 11th gen processor a baffling one, especially for such a premium device. And while their replacements aren’t here yet, the Nvidia GeForce RTX 3000 GPUs will soon be succeeded by the new RTX 4000 series.

At CA$5,960, the Studio 2+ seems disproportionately expensive, given the computing hardware it offers. For that price, an artist or a designer can easily buy a high-end professional pen computer and a mid-range laptop. The setup won’t be as space efficient nor sleek as an all-in-one unit, but it also brings the advantage of upgrading the devices separately. It’s unclear how many units Microsoft plans to sell or who its customer is.

The Microsoft Surface Studio 2+ is available for pre-order now and will ship on Oct. 25.

Tom Li
Telecommunication and consumer hardware are Tom's main beats at IT World Canada. He loves to talk about Canada's network infrastructure, semiconductor products, and of course, anything hot and new in the consumer technology space. You'll also occasionally see his name appended to articles on cloud, security, and SaaS-related news. If you're ever up for a lengthy discussion about the nuances of each of the above sectors or have an upcoming product that people will love, feel free to drop him a line at [email protected]
Previous article
Google Cloud announces new security solutions
Next article
Schneider CEO call for increased action to fight ‘triple crisis’

Samsung Galaxy Z Flip 4 review: the foldable for everyone