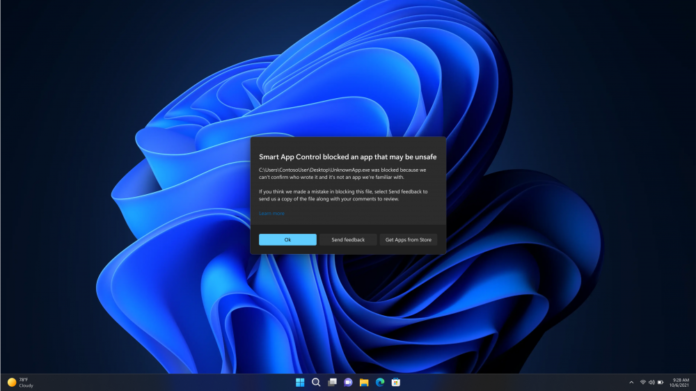 At Microsoft’s Windows Powers the Future of Hybrid Work event, the company unveiled a series of enhancements aimed straight at the commercial user.

“What got us to the present will not always take us where the future needs us to be,” said Panos Panay, executive vice president and chief product officer, noting that commercial customers’ move to Windows 11 in the six months since its release was even faster than the shift to Windows 10 across all industries and company sizes, from small and medium businesses (SMBs) to the enterprise.

That doesn’t, however, mean Windows 11 has taken over. A March 2022 report from AdDuplex, a cross-promotion network for Windows Store apps, analyzed data collected from 5,000 Windows Store apps and determined that 80 per cent of the machines were still running some version of Windows 10. Microsoft would like to accelerate Windows 11’s adoption in businesses, hence its push for features serving that space.

To that end, he unveiled a series of upcoming features designed to make hybrid work easier and more secure.

Here’s a look at some of the announcements.

Windows 365 Boot allows users to boot directly into a Cloud PC from their physical PC, and even choose the Cloud PC as what Microsoft calls their “primary Windows experience”.

Windows 365 Switch lets users flip back and forth between the Cloud PC and the desktop.

Windows 365 Offline, as its name suggests, allows users to work on their Cloud PC without an internet connection; when connectivity is restored, their work will be synced to the cloud.

This trio of cloudiness is coming “soon” to Windows 11, Panay said, and will also be available from Windows 10. However, bear in mind that Windows 365 is a subscription service, so there are costs associated with using these new features.

On the desktop, Microsoft is reintroducing app folders on the Start menu, a feature offered in Windows 10 that was until now missing from the new OS.

File Explorer is receiving a long-awaited makeover, adding tabs plus a new view called Quick Access and a Favorites group that performs much as the Favorites feature in web browsers does. Searches for files will be enhanced with contextual suggestions powered by Context IQ, which recommends relevant content and contacts across Windows, including in the cloud. 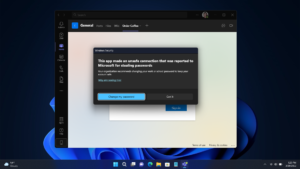 On the security front, Windows Defender SmartScreen will help detect phishing by alerting users if they enter their Microsoft credentials in malicious applications or websites. Smart App Control will only let Windows 11 run apps that are properly cryptographically signed, to protect from apps from malicious sources. However, for current Windows 11 users, this feature will be a challenge to implement – it will require a complete reset and reinstall of Windows to ensure the operating system is in a known good state to begin with. The 2022 Windows 11 feature update will include Smart App Control, so any new devices released after it will have it preloaded.

An additional layer of encryption beyond BitLocker will be tied to the user’s Windows Hello credentials, and be file-specific, allowing users to protect files even if an attacker manages to get past BitLocker’s encryption.

To improve accessibility, Live Captions will add onscreen captions for any audio source, and the Voice Clarity feature will help make audio and video calls clearer by suppressing external noise.

Management features will include a new automated service, Windows Autopatch, to help remove the burden of patching from IT. It will offer ring-based, gradual deployment of patches so the updates can be tested on a small number of systems before full distribution. It will be part of the July 2022 update to Windows E3 (a Windows Enterprise version).

Targeted messages will let IT send organizational messages to users (for example, about critical training sessions) that will display on the desktop, lock screen, or right above the taskbar. Recipients can be defined through integration with Microsoft Azure Active Directory.

Aside from the specific mention of E3 in the Autopatch announcement, Microsoft did not specify which versions of Windows 11 will get each of these features. We have asked for clarification, and will update this article when we receive it.

Lynn Greiner
Lynn Greiner has been interpreting tech for businesses for over 20 years and has worked in the industry as well as writing about it, giving her a unique perspective into the issues companies face. She has both IT credentials and a business degree.
Previous articlePayments Canada and TCS partner to implement modernized payments system for Canadians
Next articleFederal Budget 2022: More money for cybersecurity, fighting misinformation