The founder of e-reader company Kobo is now tackling the growing healthcare market with a new online service. League is a personal health management platform designed to gather wellness data on a user’s behalf, and then connect them with health professionals who can view and advise on it.

Consumers using the app can find healthcare professionals in a range of categories, and book appointments with them, paying directly via the app using a pre-authorized credit card. Soon, that feature will be expanded to direct debits. 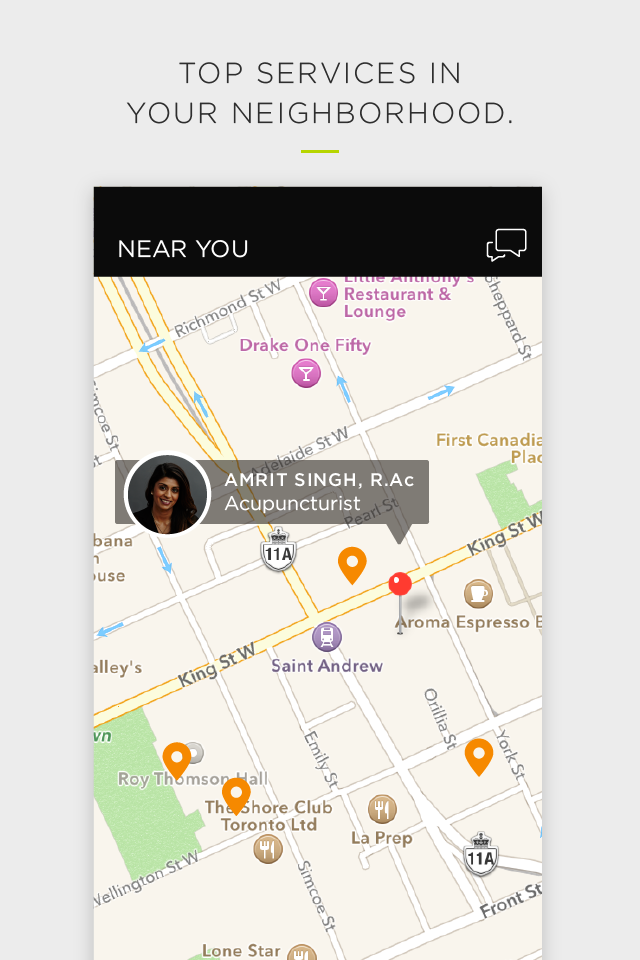 Independent or SMB-based healthcare professionals can then monitor the patient’s health indicators, and give them advice via the app, or even fold the information into planning for subsequent healthcare sessions, said founder Michael Serbinis.

“My League gets the benefit of any trends or events that may come from my wearable data, that they can incorporate into my health plan,” said Serbinis. “You can imagine this approach of pattern recognition and trends monitoring, driving triggers or alerts for health professionals to then get in touch with me and provide care.”

The healthcare market was due for a shakeup, said Serbinis, who got the idea for a service after chatting to a physician who convinced him about a future of personalized medicine. The serial entrepreneur saw a broader future for personalized health in general.

Serbinis has a history of disrupting relatively new markets. He launched Toronto-based Kobo in December 2009 two years after Amazon launched its Kindle device, and, a few months before Apple shipped the iPad. In spite of healthy competition from big hitters, Kobo flourished, picking up Sony’s customers when the Japanese giant exited the North American market.

Before e-readers flooded the market, e-book customers had to grapple with a confusing variety of formats and services to access books online. Devices like the Kindle and the Kobo simplified that, not just with clever hardware devices, but with ecosystems that made it easier to purchase and collate information.

League hopes to do something similar for health. It isn’t providing yet another wearable fitness device, but instead hopes to aggregate information from such devices for users.

Fitness wearables are a growing market, with analysts expecting shipments to surpass 80 million per year by 2020. That represents a 28% CAGR. Companies ranging from Jawbone to Withings and Fitbit which filed for its IPO earlier this month) all sell devices, and capture the data in their own ecosystems.

Aggregators have appeared that gathered together data from these various devices and online services into one easily-digestible place. Aggregators such as Vivametrica have appeared in the enterprise space, focusing on group health initiatives. Nudge serves the consumer market, but its data doesn’t reach healthcare pros. League hopes to unlock that information.

League supported healthcare providers in a handful of categories such as physiotherapy under a private beta running since December, but after its public launch this week, Serbinis expects the range of health-care operatives to grow. Mental health care providers such as counsellors and therapists will also feature on the network, he predicted.

Health care professionals can sign up to deal purely with existing clients who use the app. That’s a free service, but there is also an option to participate in a marketplace, making them findable by other health-oriented consumers. Prices for health care providers start at $30 per month, and the firm also takes a 2.5% cut from appointments that are booked and paid for via the app.