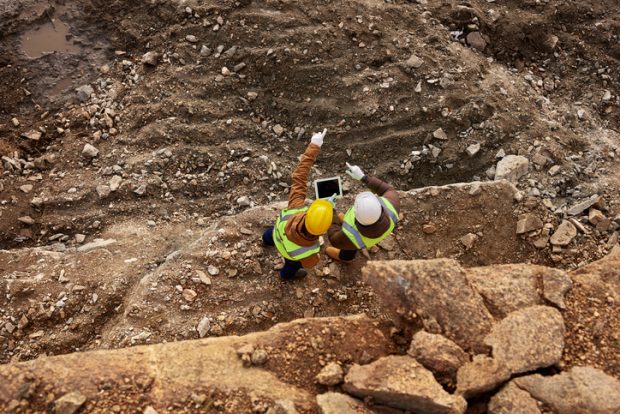 The complexity of the mining business coupled with the intensity of competition puts a lot of pressure on mining companies to maintain economic viability.

New gold deposits are hard to find, and the process is also expensive. But the price can be reduced with proper planning and research, and it begins with geologists examining the wealth of geological data underneath their feet to identify areas that have economic quantities of gold that can be mined. Over the years, Goldcorp Inc., has gotten pretty good at squeezing out every bit of gold from the deposits they own, but with the help of IBM Watson, they’ve gotten even better.

The company’s director of strategic technology solutions, Robin Fell, says he attributes the win to a strong partnership with IBM and Goldcorp leadership willing to dabble with new technology to achieve better results.

“It wouldn’t be possible if there wasn’t an appetite from the top,” Fell told ITWC prior to the ITAC awards event.

Geological exploration always involves the analysis of data in a 3D context, but there is a significant lack of solutions that can quickly compute the spatial relationships between many points and shapes.

With the help of IBM Watson, Goldcorp created a set of sophisticated algorithms designed to run on a GPU cluster and speed up the calculation process. It’s given geologists more time to actually analyze data and uncover new insights. Fell says they’ve been testing the new solution in production since June. The goal is to soon have the solution deliver new insights into the Red Lake site where more than 80 years of information is waiting to be analyzed by the new algorithm.

“Right now, you have highly qualified people that are wasting time, messing around in spreadsheets,” says Fell.

The Goldcorp Cognitive Journey is based on technology IBM has used with oil and gas companies to remove a lot of the manual labour involved with building bid packages for an upcoming project. Meeting the needs of Goldcorp was a seamless transition, says Mark Fawcett, one of IBM’s consulting partners on Goldcorp.

He estimates that geologists’ ability to gain more information from the new award-winning solution will lead to the recovery of an additional 9,000 ounces of gold, valued at more than $11 million, annually, and increase the success rate in expansion drilling by 25 per cent, representing $3.15 million in value per year.

“We’re pretty excited to be recognized as one of the finalists,” says Fawcett.

According to Fell, following through the project was a bold, and expensive decision. But it was worth it.

“Other mining companies will have the benefit of us having gone through this entire process,” says Fell, indicating once it’s refined, IBM will be able to sell the Cognitive Journey solution as a service. “For them, getting to this point will be a lot cheaper.”