When you head over to Oakville, Ont., a quiet suburb of the Greater Toronto Area, you’ll drive by the palatial and new Oakville-Trafalgar Memorial Hospital operated by Halton Healthcare, one of Ontario’s smart hospitals that aims to use technology to cater to the best patient experience.

As soon as you walk into the hospital, you won’t feel like you’re in a hospital. There are minimal paging announcements calling out instructions. There’s a sense of peace and calmness, which is very unusual for a hospital. You would never know that the hospital was integrated with state-of-the-art technology powered by vendors such as Cisco Systems Inc. Halton Healthcare is the winner of the Large Public Sector award for the Ingenious Awards hosted by the Information Technology Association of Canada.

Sandy Saggar, chief information officer of Halton Healthcare, said the idea was to give patients a quieter environment, one that resembles a healing centre.

“We didn’t want it to feel like a hospital…we used to have a lot more overhead calling…if there’s an incident, or an event, or someone’s having a cardiac arrest, we wanted to make sure there was effective communication to the response team,” Saggar said, adding that mostly everything in the hospital was connected through technology. That includes items such as mobile phones, patient care equipment, and the real-time locating system, which are all interconnected through Cisco’s infrastructure.

There are three facilities operated by Halton Healthcare in Southern Ontario (Georgetown, Oakville, and Milton). Saggar said the team took 10 years to plan and build the Oakville and Milton locations and they wanted to build technology into the foundation of the building, rather than have to do upgrades after construction.

“The biggest challenge we had in planning for a smart hospital was ‘Are we going to be outdated by the time the shovels hit the ground?’” Saggar said, adding that the hospital wanted to make sure it was investing $3.36 billion in capital redevelopment across all three sites effectively. He said the team was careful in ensuring the technology was deployable an interoperable.

In total, Halton Healthcare has 4,022 staff and 350 physicians. The new and expanded hospitals have a range of facilities that Saggar said were implemented through lots of research, talking to staff, physicians and the community.

“We did a lot of engagement internally and out in the industry like going to conferences,” he said. “We would go to these large-scale healthcare IT conferences to be able to understand the art of the possible, what’s up and coming.”

From hospital beds to patient-nurse communication, Saggar explained that the hospital took a lot of effort to create a smart hospital that would keep up with the changes in technology. 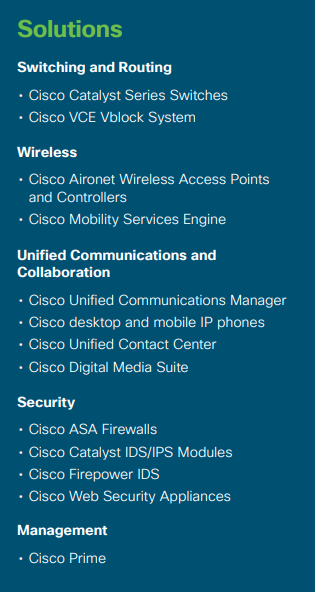 For example, the hospital can tag and track specific at-risk patients. So if a patient has dementia and is at risk and attempts to leave the floor, the elevators won’t function, and doors will automatically lock; in turn, an alarm will be sent to security, who will receive a notification on their phone. There’s also real-time locating services for staff who are at risk.

“You may have a patient who is being violent. Well, if you press a button on your tag, we know where you are in the building, and so your peers on the floor and security will get an alarm right to their phone and they can go directly to the location and assist,” Saggar said. 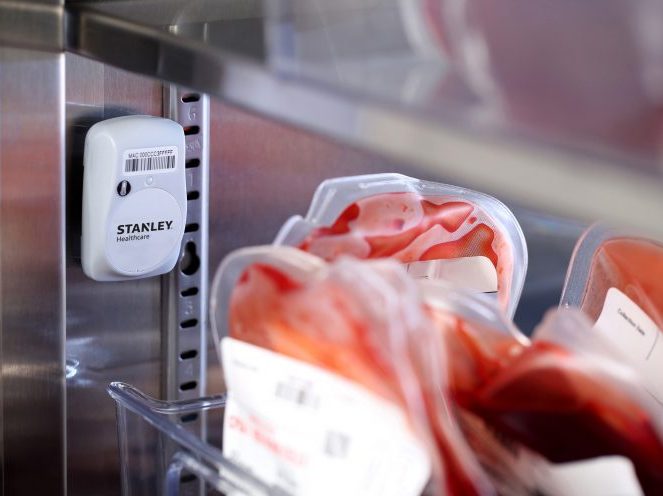 Many of the fridges have temperature monitoring. Saggar explained that there are many drugs or in the lab, they require the temperature to be set specifically, so if the fridge fails for any reason an alarm will be sent off so to say it’s out of order.

By installing middleware system, the hospital allows patients to directly connect to their specific nurse without having to go through many other channels.

He also explained that many of the beds are smart beds that integrate to a patient’s needs. So if a patient is at risk of falling, if the panel from the bed is brought down it will send an alarm to a nurse. 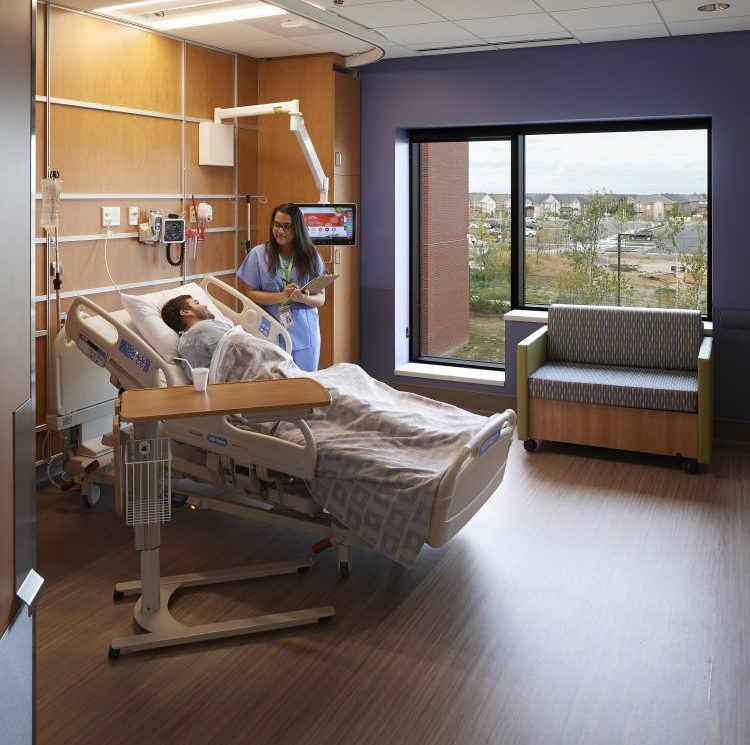 Bedside terminals are also included that allow patients to access the TV, internet, adjust lighting and temperature within their room, and Saggar said soon patients will be able to have menu ordering capabilities.

The base foundational network and communications engine is provided Cisco, which Saggar said wasn’t hard to select as a provider.

“We wanted to make sure we had stability… when you move into this smart hospital environment, where you’re so much more dependable on technology…we wanted to make sure it would function,” Saggar said, adding that the hospital used eight to 10 main vendors to help out with building automation systems, access control, and video surveillance and other technologies.

Saggar also said it was really important that all three hospitals were standardized across technology platforms, and Cisco helped make that happen.

“We wanted technology that would be state of the art and evolutionary, and when I say evolutionary I mean to keep up with the times and growth… Cisco was definitely one of the partners that we knew from day one,” Saggar said. He noted that the Georgetown facility, was used as a pilot site and the team deployed technology to get staff used to their new daily functions.

Rob Fox, major accounts executive at Cisco, said it all came down to the leadership for why he decided to nominate Halton Healthcare for the award.

“There’s a high level of visioning and strategy…they told Cisco ‘Look we have a technology strategy and a vision that we want to execute and we believe Cisco is the only company that can do that for us, so we are going to go end-to-end Cisco and commit to Cisco,’” Fox said.

Fox said that it wasn’t just the infrastructure but working together to create solutions that could impact positively on patient safety, outcome, care, and experience was why they deserved to win.

Sponsor: GoDaddy
The SMB IT Reseller Landscape in Canada: A Time of Transition
IT World Canada recently conducted a survey and interviews of Canadian resellers. The study, sponsored by GoDaddy, reveals that Canadian SMB resellers have taken great strides forward to adapt to the digital era.
Read More

Shruti Shekar is a video producer and reporter for IT World Canada. She was formerly a political reporter at The Hill Times and was based in Ottawa. Her beats included political culture, lobbying, telecom and technology, and the diplomatic community. She was also was the editor of The Lobby Monitor, and a reporter at The Wire Report; two trade publications that are part of The Hill Times. She received a MA in journalism from Western University and a double BA honours in communication studies and human rights from Carleton University. She was born in India, grew up mostly in Singapore and currently resides in Canada.

Slow and steady offers a brighter tomorrow for SMBs