Go ahead, cut the wires

Engineers at Dow Corning Corp. in Midland, Mich., were wasting their time in too many meetings where they couldn’t access the network for important documents. So network managers installed an Enterasys wireless LAN in the office to support 130 users with radio-equipped laptops. The laptops give workers access to their e-mail, the Internet and project documents. Now employees can work at their desk, in a conference room or in a colleague’s office.

In the past, companies installed wireless LANs to support applications such as inventory management in warehouses and item price marking in retail stores. Even though wireless network interface cards (NIC) cost US$800, going wireless was worth the investment because of improved efficiency. High prices and relatively low data rates, however, kept corporate network managers from using wireless LANs for general applications.

With the appearance of inexpensive, high-performance 11Mbps products based on the IEEE 802.11b standard, acceptance of wireless LANs for enterprise applications is sharply on the rise. If you’ve got roaming workers, new offices or are looking to install a LAN without putting in new wires, a wireless LAN may be the answer.

Like Dow Corning, companies are installing wireless LANs for portable access to the corporate network and providing a better means for collaborating with co-workers.

Some companies are also putting wireless LANs in remote offices, such as a sales office. This gives staffers access to headquarters without having to install an expensive wired network. The wireless LAN is also convenient for visitors from other corporate offices. For example, a manager from headquarters can access printers or e-mail from anywhere within the office, avoiding the need to find an available Ethernet tap or use someone else’s computer to connect to the network.

Because of the lower prices, some companies are beginning to favour wireless over wired Ethernet to avoid costs and schedule delays associated with installing Ethernet cabling. For example, the typical price of a wireless LAN NIC is around US$200 each, with some as low as US$99. While Ethernet NICs (around US$50 per card) are lower in cost, you still have to install an Ethernet tap, wall plate and Category 5 cabling, which can cost US$200 per tap for labor and materials.

Mercedes Benz USA, in Camden, N.J., installed a Lucent wireless LAN within its corporate office headquarters. For Mercedes officials, the cost savings of avoiding rewiring when moving users in its corporate offices made the project cost-effective. “As far as we’re concerned, the program has been a great success,” says Larry Roll, Mercedes’ supervisor of Mercedes’ Telecommunications Group.

Wireless LANs can also extend the network connection throughout a metropolitan area. For example, the city of Greensboro, N.C., Inspection Department uses Cisco wireless LAN access points situated at eight locations throughout the city so inspectors can access the central system at the city headquarters while in the field.

These wireless LAN “islands” connect to the city’s central system via optical fibre. Throughout the day, inspectors drive to the nearest island and review itineraries, process inspection information and check e-mail. This application improves efficiency and reduces the time it takes to process inspection reports, as inspectors don’t have to drive back and forth to city headquarters.

“The wireless network saves everybody a lot of time. We have calculated that it adds two hours per day per inspector, and we have 32 inspectors. That’s like getting eight new people without paying for them,” says Walter Simmons, codes enforcement manager for the city.

While 11Mbps is a vast improvement over previous wireless LAN speeds, network managers say the performance tops out at a level that is comparable to shared 10Mbps Ethernet. That’s fine for e-mail, Web browsing, file access and interaction with corporate systems, but many companies have moved to 10/100 switched Ethernet for bandwidth-intensive applications.

For example, Jim Marshall, Dow Corning’s network manager, says a wireless LAN falls short when making large FTP transfers. Switched Ethernet does a good job of handling high utilization when transferring large files, but the sharing of the wireless bandwidth can mean some users will be blocked when a large file transfer is occurring.

The newer 22Mbps wireless LANs being released early this year, however, should push wireless LAN throughput to levels comparable to 10Mbps switched Ethernet.

Is interoperability the key?

Of course, the purpose of the 802.11 suite of standards is to provide interoperability, and network managers report success with operating multivendor radio cards on the same wireless LAN. While multivendor wireless LANs work, the network will only provide 802.11 functions. You’ll lose the proprietary, non-802.11 performance and supportability enhancements that each vendor has added to its product line.

As a result, it’s advisable to install a wireless LAN comprised of components from the same vendor to maximize the effectiveness of your wireless LAN. However, you should think about interoperability issues when you’ve got users who may utilize a wireless LAN at an airport, hotel or convention centre for Internet access.

Also, network managers often find that wireless LANs fall short of expected range. Even though a vendor’s specifications may say that the wireless has a range of 300 feet, obstacles such as walls, desks and filing cabinets can significantly decrease the range in some directions. This results in an irregular propagation pattern of the radio signal. To provide adequate radio coverage throughout work areas, you should hire someone to perform a radio frequency site survey that determines the number and location of access points, as well as uncover potential radio frequency interference.

Faster data rates are on the way

By the end of 2001, vendors should begin initial shipments of IEEE 802.11a-based wireless LANs, which offer data rates of up to 54Mbps. Instead of using 802.11b’s direct sequence spread spectrum, the 802.11a standard specifies orthogonal frequency division multiplexing (OFDM) for transmitting data in the 5-GHz frequency band. OFDM not only provides higher data rates, but can also better tolerate transmission distortions resulting from multipath propagation and radio frequency interference.

Another standard, HiperLAN/2, is based on the 5-GHz OFDM modulation. However, the standard is not scheduled for completion until early 2002. It’s likely the 802.11-based products will prevail because of earlier product availability and network manager’s familiarity with the 802.11 standards. Furthermore, existing frequency allocations will likely limit use of HiperLAN/2 to Europe, with 802.11a the standard in North America.

Geier provides independent consulting services to companies implementing wireless networks. He is the author of the book, Wireless LANs, and his on-line guide to wireless networking is located at www.wireless-nets.com/guide.htm. He can be reached at [email protected]

Air France has ambitious plans beginning this month to deploy wireless LANs at 12 French airports and to add applications to its first wireless LAN at Charles de Gaulle Airport.

Michel Lacoste, Air France’s wireless systems engineer for all 155 airports it serves worldwide, said the carrier will launch its second wireless LAN operational next month at the country’s Strasbourg airport. These LANs, which will support aircraft maintenance and other ground operations, will provide Ethernet-like connectivity to PCs mounted in support vehicles.

Federal Express Corp. has also started a pilot test of wireless LANs to support aircraft maintenance and ramp operations, said Jimmy Burk, the Memphis, Tenn.-based company’s vice-president of IT. “The payback is huge” in extending high-speed network connections to mechanics, who can use the wireless LAN to tap into a remote database to help with repairs, he said.

The baggage-matching requirement, established by civil aviation authorities after Libyan agent Abdel Baset Ali Mohmed Al-Megrahi planted a bomb on a TWA plane that then crashed in Lockerbie, Scotland in 1988, is designed to prevent unaccompanied bags that could contain a bomb from being loaded on a flight.

In the past, if the carrier couldn’t get a match between bags and passengers, it had to unload all the bags – which could take two hours or more.

Today, baggage handlers using handheld scanners send data from a bag’s bar code over the wireless LAN installed by Symbol Technologies Inc. in Holtsville, N.Y., for correlation with manifests housed on the Air France mainframe. The wireless scanning system also makes it easier to locate a bag in the cargo hold.

To host those applications, Lacoste said, Air France is also studying whether it would need to switch its wireless LAN protocol from the IEEE 802.11 standard, which provides throughput of 2Mbps at long distances, to the new industry standard 802.11B, which provides 10Mbps but has a shorter range.

Gemma Paulo, an analyst at Cahners In-Stat Group in Scottsdale, Ariz., said that airport wireless LANs “are one of the fastest-growing segments of the wireless LAN industry” and that it makes sense to piggyback applications, such as voice over IP. But, she added, Air France needs to look at the payback it could expect from a switch from radios, since “the handsets are expensive, between US$500 and US$700 each.” 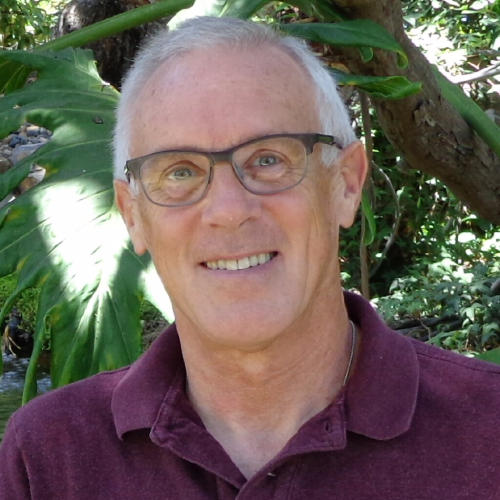