There are several constants in the IT world: The demand for more CPU power, for more storage and for more firewall throughput.

Fortinet Inc. says the day will soon come when 1 Terabit per second throughput for most networks isn’t that far off, so today it took the wrapper off its top end FortiGate 5144C carrier-grade firewall, a 13U chassis that will handle that amount and more. 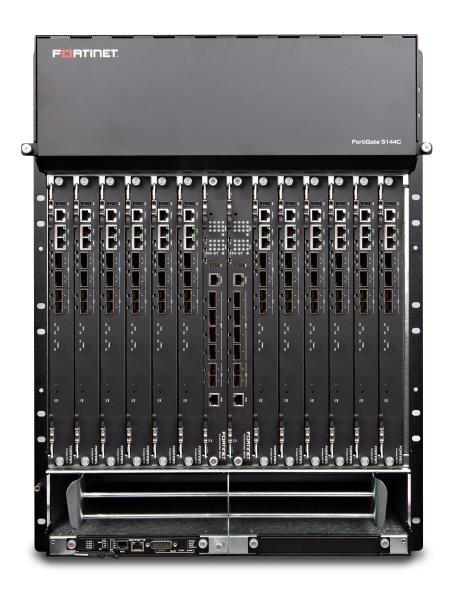 The performance about doubles that of the company’s 5140B firewall for large enterprises and service providers.

“The number (of organizations) today that need 1 Tbps firewall throughput and 100 GB Ethernet capability now isn’t big,” Tamir Hardoff, Fortinet’s vice-president of marketing admitted in an interview. “But it will grow pretty quickly over the next two to eight quarters … so making this investment now will allow (buyers) to future-proof that investment.”

And it will be an investment: The chassis alone has a list price of US$67,995, with security and networking blades extra.

Blades from the 5140C will fit in the new chassis, which has 14 slots. However, they won’t perform as well as the new blades that are also coming out:

— the 5913C Ethernet controller networking blade, with four 100GbE ports, which will be available in the four quarter.

The new chassis is “a big step forward in meeting the requirements of very high end customers today,” said Hardoff, “and a much broader audience going forward.”

John Grady, program manger for security products at,market research firm IDC, doesn’t doubt there will be demand for this amount of performance soon. “As you see cloud solutions and data centre resources expanding there’s definitely demand. I think there’s been an uptick in the last 12 months or so with really focused data centre solutions coming out.” He also pointed out in the interview that more data centres are shifting to 40 G and 100 G connections. “This is definitely the way things are trending.”

IDC says that in the market for US$1000,00 + firewalls/unified threat management appliances, Fortinet is fourth in revenue behind Cisco, Check Point and Juniper.

Howard Solomon
Currently a freelance writer, I'm the former editor of ITWorldCanada.com and Computing Canada. An IT journalist since 1997, I've written for several of ITWC's sister publications including ITBusiness.ca and Computer Dealer News. Before that I was a staff reporter at the Calgary Herald and the Brampton (Ont.) Daily Times. I can be reached at hsolomon [@] soloreporter.com
Previous articleOttawa to accept rural broadband funding projects in the fall
Next articleHow CIOs are sizing up their storage-as-a-service options