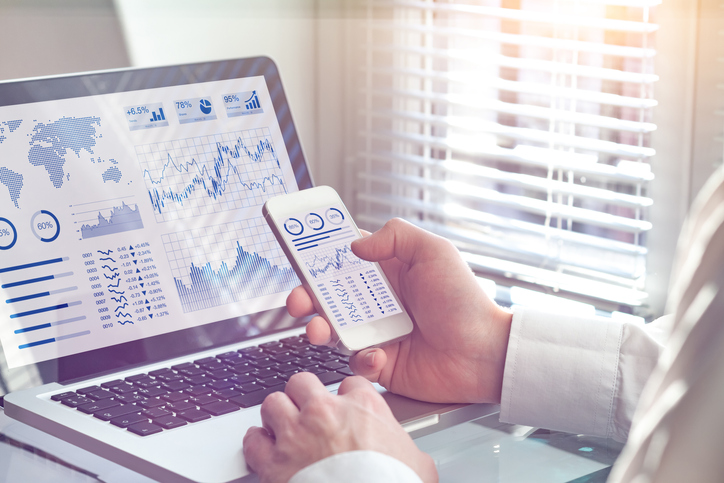 What data do you keep your eye on?

Whether you obsessively track your performance metrics multiple times a day or peruse a weekly report, most workers in the knowledge economy are making a habit of watching some crucial APIs.

As we heard from many speakers at Long View System’s Activate Digital event in Mississauga last week, data is king. So what data points are C-suite technology executives watching with hawk-like attention? We asked five of them to share their favourite dashboard widgets with us.

In the past couple of years, the largest Caterpillar dealer in the world has been on a digital transformation journey. As a result, the equipment provider is more focused on ecommerce than ever and Bibby is keeping his eye on those metrics.

“We have a big play to move more of our business online because our customers want us to and it improves our cost to serve as well,” he said in an interview.

FNF Canada’s business in the property value appraisal industry is all about data. It ensures reliability and consistency of property data to help its members create accurate real estate appraisals. It recently renewed its agreement with the Municipal Property Assessment Corp. to continue to provide residential property data to appraisers in Ontario.

So Iqbal wants to know that his infrastructure to support that data service is running smoothly. Here are some metric he’s watching:

Gray’s first job as technology leader at this Hamilton, Ont.-based university was to build a three-year strategic vision for IT that earned buy-in from multiple stakeholders – administration, academic staff, and students.

As part of that initiative, McMaster is collaborating with the Cubane UniForum benchmarking initiative in Canada. The global data-sharing program for higher education guides members through collecting data that details capacity to 14 functional areas. Member universities can benchmark their performance compared to others and access expert guidance. There’s a conference once a year where members exchange best practices.

Otherwise, Gray’s department conducts surveys, sending them out when customers go through front line service areas. She keeps an open ear to student feedback through the IT Student Advisory Committee.

“We’re trying to keep students heavily engaged in the process,” she says. “It’s always a little bit challenging because you’re dealing with a revolving door of constituents, but the IT Student Advisory Committee is a great way for us to tap into that.” 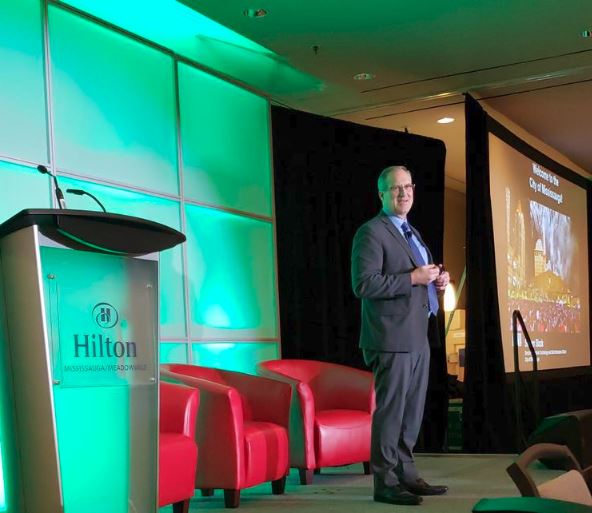 Ask Slack to share his metrics with you and he pulls out his smartphone to show you his real-time dashboard full of gauges and dials, built by an intern from Sheridan College named Lucky. Many of the metrics relate to data centre performance. There’s temperatures, humidity levels, and UPS read outs.

But the best part, says Slack, are the widgets showing him the number of people currently on eduroam (36), a service that provides researchers secure network access when visiting an institution other than their own. He can also see there’s 88 students using the secure share network and 2,530 people on the free Wireless Mississauga network. Plus, there are 467 VPN clients connected to the city network.

Slack can go beyond the surface level of the statistics and pluck out details, which is how he understands that transit terminals are where most of the secure share network usage is happening. “They leave the campus and they go to the transit terminal. Then they go ‘oh crap, I forgot something’ and they’re able to log into the secure network,” he says.

A high point was also set for the VPN usage during a February snow storm in the city. “We made the call to say as many people as possible should work from home, because it was horrendous, and a quarter of the workforce – 1100 people worked from home. That’s the highest it’s ever been,” he said.

Toronto Hydro uses a balanced scorecard approach as an organization and ties its compensation to the performance of key metrics. Wong tunes in to his IT budget, operating costs, capital expenditures, and the amount of dollars capitalized as a result of completing a project.

“The accountants won’t capitalize until they’re satisfied that the job is actually really done,” he says.

You can automate more processes than you think