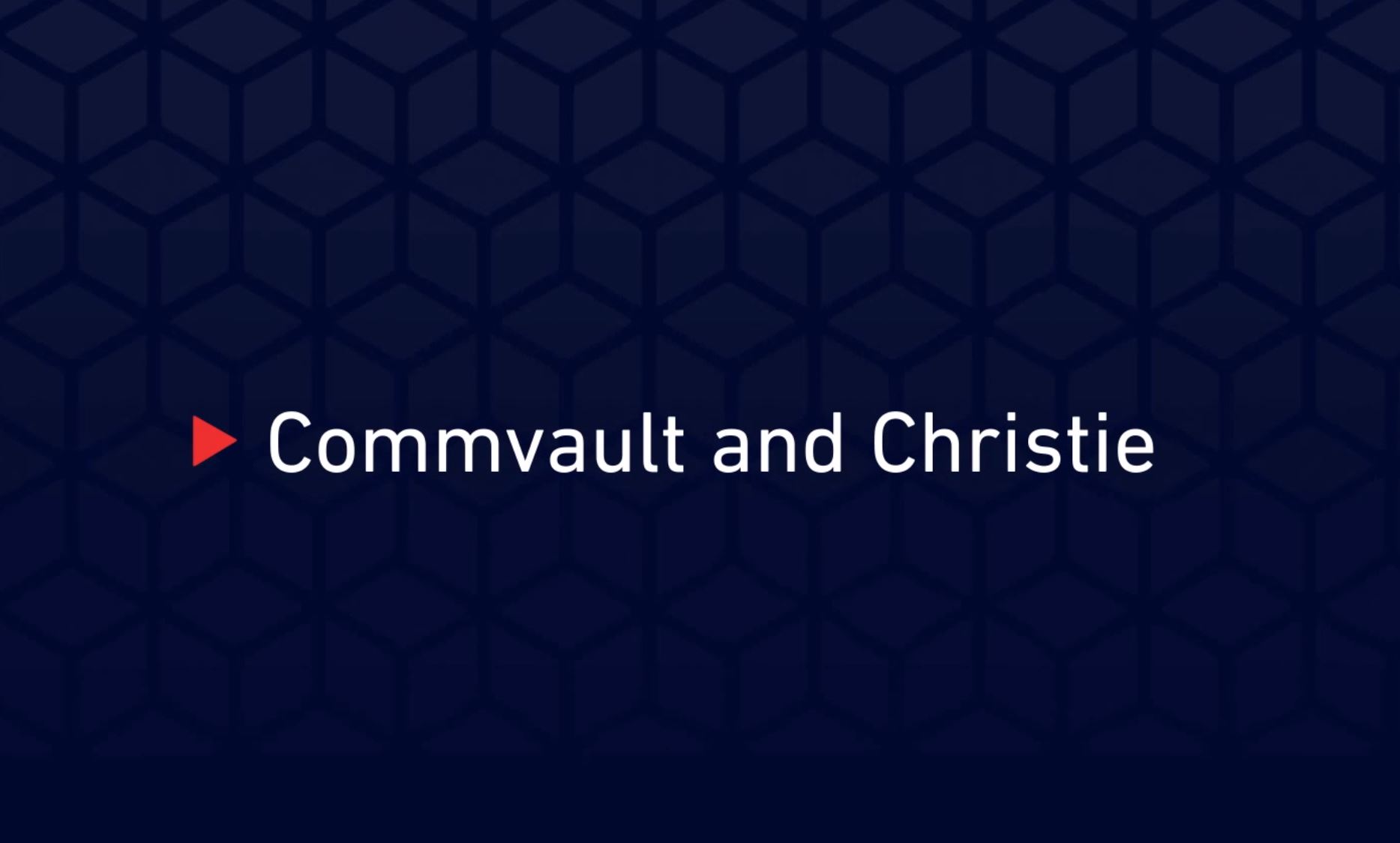 Whenever you see an awesome display projected on the entire ice surface before a hockey game, or view massive spectacles displayed on buildings, or spot images being overlaid onto a 3D object, or admire a video wall, those mind-blowing visuals are often courtesy of Christie Digital.

Winner of AV Magazine’s Most Influential Company award honouring the company that has made the largest contribution to the AV market over the past 20 years, Christie creates projection systems that make the images generated by multiple projectors appear seamless, as though they came from one source, and has developed a way to project onto 3D surfaces. It has 47 patents and has won two Academy Awards for technical achievement.

Doing all that requires a lot of data. Even though Christie doesn’t actually create the content its projectors display, its designs and other data occupy around half a petabyte of storage, scattered among multiple sites worldwide, according to senior manager, global infrastructure, Scott Elliott. And for the past seven years, the company has protected that data using Commvault.

It has paid off. Pretty much every company can tell of a monumental “oops” moment that justified every penny it’s spent on backup operations (and sometimes made it regret the money it hadn’t spent), and Christie is no different.

“The worst that we had was a team that had a folder on the file server that had all of its yearly audit information,” Elliott recalled. “Of course, they don’t look at it till the next year, and then those files were not there. Going through the backup tapes and catalogues, we knew that it existed at a particular date. It had been missing in excess of six months, and because they don’t look at it, they didn’t realize it was missing. But through the power of Commvault, we were able to pull it back.”

While Elliott’s team is responsible for all infrastructure, as well as virtualization and backup, other groups take care of email and communications (a project is currently underway to migrate the company to Microsoft Office 365, and to move its email backups to Commvault). They are all in accord about the importance of backups.

“The collective IT team realized that data is the reason why Christie exists, and while it’s really easy to move people up into Office 365, let’s make sure that we have that data that’s out there, that we can recover it, we can protect it,” Elliott noted. “With the flexibility that Commvault has with hooks into different solutions, we have yet to encounter a situation where Commvault couldn’t help us out.”

It’s a lot to protect. Christie backs up over 30 locations, including two data centers and a lot of applications, with a single instance of Commvault. And more than once, the company has been able to recover from ransomware attacks thanks to those backups.

It is, Elliott said, a slippery slope when it comes to backing up cloud-based data, which could be replicated in several locations. Christie needs to do a lot of data classification to decide what of its cloud data should be backed up, and what has been taken care of elsewhere. His team is looking at Commvault’s newly announced Activate to help solve that problem.

He’s optimistic about the solution, ongoing, as well. ” When we refreshed the hardware a year and a half ago, Commvault got even faster,” he said. “We had shorter backup windows, and went from being able to store 14 days’ data on disk to 21 days. It has kept up with our evolving needs.”

Christie Digital participated in this customer testimonial for Commvault:

Lynn Greiner
Lynn Greiner has been interpreting tech for businesses for over 20 years and has worked in the industry as well as writing about it, giving her a unique perspective into the issues companies face. She has both IT credentials and a business degree.
Previous articleFrance calls for nations to condemn malicious cyber activities at opening of International Governance Forum
Next articleHashtag Trending: Youtube viewers watching for longer; companies microchipping staff; Twitter considers edit feature