CanadianCIO Census needs you to help cut through the hype

It’s almost become an axiom that Canadian organizations are laggards compared to American firms when it comes to innovation – just a couple of years behind on whatever our neighbours to our south deem the worthy trends.

IT World Canada CIO Jim Love rejects that notion. Canadians aren’t laggards, he says, but different strategic thinkers. There’s something deeper and more complex to understand about how they operate and that’s why the CanadianCIO Census is an important annual effort to survey this constituency.

“I don’t buy that we’re behind. Sometimes we just take a different direction,” he says. “If you believe that we’re just lagging the Americans, then don’t bother taking the survey, just read an American survey two years later. But if you believe Canadian CIOs are fundamentally different, then participate.”

Indications that Canadians are doing thinks differently were found in last year’s CIO Census. For example, while many analysts have been proclaiming that chief digital officers are on the rise, the census found that’s not the case in Canada. Instead, CIOs were the main role taking on the challenge of digital transformation. Only 10 to 15 per cent of organizations were adding a chief digital officer or chief innovation officer in 2017.

At first, even Love admits he thought many organizations would hire CDOs. “I drank the Kool-Aid and I thought it was a great idea.”

In 2018, IT World Canada will check-in on that trend to see if it’s still the case. The growing role of the CIO will also be investigated. Last year, most CIOs reported an increased budget in order to tackle digital transformation. The survey revealed that the bigger the budget increase, the bigger the percentage that is going to innovation spending. 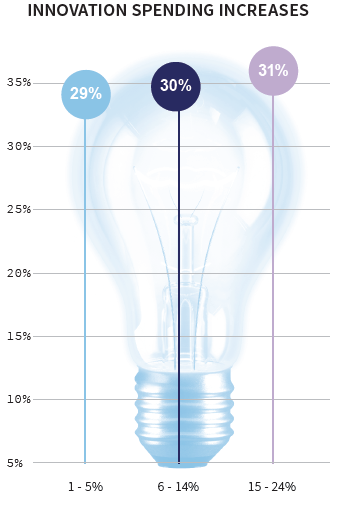 More than 30 per cent of respondents said they were planning to allocate 15 per cent or more for innovation and new initiatives.

This shows a trend where innovation budgets are growing, but operating budgets are frozen or declining. CIOs are starting to be asked to focus on automating the basics of running the business and invest more time and resources in innovating to find new revenue opportunities.

“All of these data points are pointing to an inflection point for the CIO,” Love says. “Will the 2018 survey show the same?”

For those CIOs that like the sound of a larger budget, the census may hold the answers about how to get one. In 2017, CIOs that took a more collaborative approach and met more often with other executive leaders saw a larger increase to their budgets.

IT World Canada is hoping to track these trends. But we need your help to do it.

“If you’re in a CIO job, you don’t have a lot of people you can talk to. You have to go to your peers,” Love says. “This is a real glance at the Canadian CIO.”

Help get a better look by taking the survey right now.