Uber wants to use artificial intelligence to identify whether a prospective passenger is drunk. Apple has banned cryptocurrency mining from its app store. And Amazon succeeds in pushing Seattle to repeal a controversial tax that would have helped the city’s homeless.

All three of today’s stories are trending on LinkedIn: You can read them here, here, and here.

First, CNN and the BBC are reporting that Uber has submitted a unique patent. The ride-hailing giant wants to identify whether users are drunk before their drivers meet them by measuring information like the user’s location, data-input speed and accuracy, the angle at which they’re holding their phone, and the speed at which they’re walking. The riders could then be matched with a specially-trained driver, or refused a lift entirely. The BBC helpfully notes that Uber already came under fire for its data gathering practices in 2014, when it was revealed to be using a program that monitored the locations of customers and drivers. And it was the target of a data breach in 2016. Uber told the BBC its patent was an application, and that not all applications become products or features.

Next, Business Insider is reporting that Apple’s latest App Store guidelines prohibit developers from using iPhones to mine cryptocurrency, in response to certain developers hiding mining software inside ads and mobile apps such as Calendar 2. The company’s new policy explicitly states that developers are to, quote, “design your app to use power efficiently” and, quote, “may not run unrelated background processes, such as cryptocurrency mining.” The company will continue to allow users to trade bitcoin and other legitimate cryptocurrencies through apps like Coinbase and Robinhood.

Finally, Bloomberg is reporting that the City of Seattle has voted to repeal the controversial payroll tax passed last month that would have charged local companies worth more than $20 million USD $275 per employee, per year to help fund a housing program for the city’s homeless. The tax was vehemently opposed by several businesses in the city, including Amazon and Starbucks, and if you’re a regular reader of ITWC sister site ITBusiness.ca, then you know I don’t have an especially high opinion of either company right now. There’s a strong business case to be made for housing the homeless, and personally I think the world’s second-most valuable company, which has responded to criticism by saying its hometown has a spending problem, not a revenue problem, should have been more willing to do its part.

Eric Emin Wood
Former IT World Canada associate editor turned consultant with public relations firm Porter Novelli. When not writing for the tech industry enjoys photography, movies, travelling, the Oxford comma, and will talk your ear off about animation if you give him an opening.
Previous articleCanadianCIO Census needs you to help cut through the hype
Next articleCyber Security Today: Paying ransomware, help for hunting child predators and arrests made for email fraud 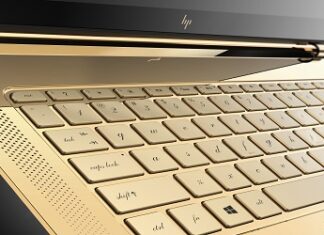