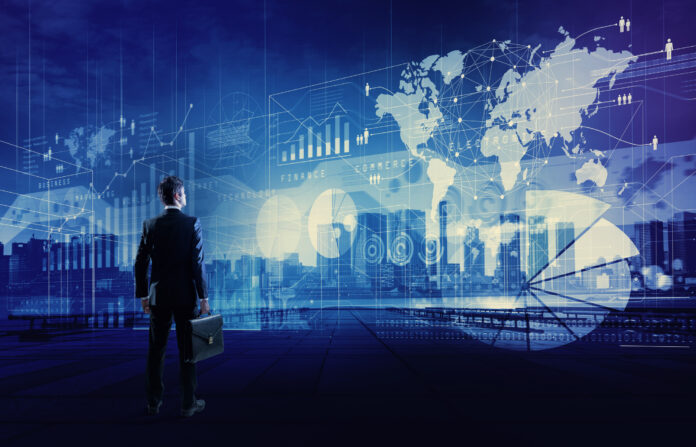 Only 22 per cent of Canadian business executives think that digital transformation will disrupt their enterprises, according to a new IDC survey.

“Business leaders have a less urgent view of digital transformation (DX) as compared to their IT counterparts,” said Tony Olvet, group VP of research, IDC Canada. More than half of IT executives see a disruptive impact coming, he said. Olvet was presenting the findings of IDC’s annual top executives in Canada survey at an ITWC webinar.

The urgency is real. IDC predicts that by 2021, at least 50 per cent of global GDP across every industry will be driven by digitally enhanced offerings.

The good news is that, according to the survey, Canadian executives recognize that technology is instrumental in advancing their business and they are making progress on that front.

Security may be the single biggest roadblock to DX progress, said Olvet. Sixty-nine per cent of executives say that the security of data and systems is a critical concern and a major challenge. “Without a proactive focus on security, they won’t be able to move forward with their DX strategy,” he added.

Executives ranked cost at the top of their list of challenges in enabling DX, with security and the skills shortage tied for second place. “These are real challenges that are not going away anytime soon,” said Olvet. IDC forecasts that the IT skills gap in Canada will grow to 61,000 full-time equivalent positions in 2019, from 46,000 in 2016

“It’s a big mountain in front of people from both the cost and skills side,” said Brad Pruner, Director, B2B Systems transformation at TELUS. “But you also have to look at the cost of the status quo.”

IT leaders admitted that they need to work on improving automation in their own shops. Sixty-eight per cent of CIOs say their IT operations are mostly manual. As well, they say it takes an average of six months from when a business need is identified to have an application up and running. “That’s scary. It’s just too slow,” said Olvet.

How to move forward

One of the key lessons from TELUS’ digital transformation is to start small by taking a modular approach, said Pruner. TELUS began its digital journey in 2009 after its CEO “threw down the gauntlet that the only competitive advantage that we could have is our customer experience,” he said.

As the survey showed, cost and complexity can scare people away from DX, Pruner explained. “We break it into modular bits each with its own business case. The projects are small and delivered in an agile fashion. We can stop and start anytime based on results.”

Similarly, Pruner said that organizations need to get comfortable with mistakes. “Recognize them and don’t pour more money in. Rip off the band-aid and start over.”

As part of its transformation, TELUS invested heavily in software as a service to unlock agility in the business. “We needed to provide agents with a holistic view of the customer, said Pruner. “Our premise is that happy agents equal happy customers.”

Cindy Baker
Cindy Baker has over 20 years of experience in IT-related fields in the public and private sectors, as a lawyer and strategic advisor. She is a former broadcast journalist, currently working as a consultant, freelance writer and editor.
Previous articleGovernment regulation of IoT coming, SecTor conference told
Next articleAmazon boosts developer support in Canada following Alexa launch