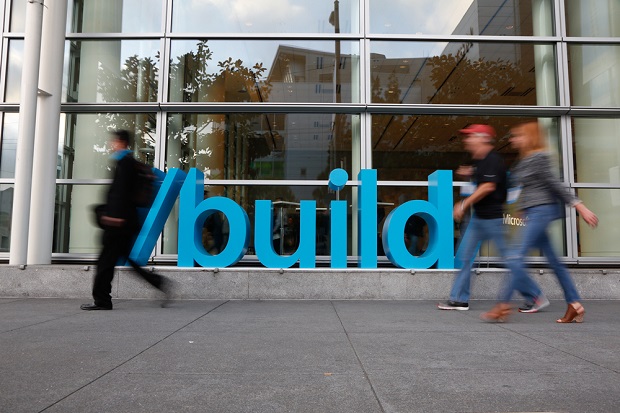 As Microsoft Corp. wraps up its Build 2016 developer conference this week, there was a wave of key announcements that clearly show the Redmond, Wash.-based vendor is reinventing itself to focus on software development models, mobile-based technologies, and the cloud.

Here are four announcements that stood out in particular:

To say that the reception for Windows 8 and 8.1 was mixed would be an understatement. But with Windows 10, the company looks to have a clear winner. Microsoft says the adoption rate for its latest operation system has been brisk, with CEO Satya Nadella noting that Windows 10 ranks as the “fastest growing version of Windows for both consumers and enterprises.” In addition, Windows and Devices group vice president Terry Myerson stated the OS has been used for more than 75 billion hours.

Microsoft also unveiled the Anniversary Update to Windows 10, coming “this summer.” This happens to coincide with around the same time frame as the one-year anniversary of Windows 10’s launch back on July 29, 2015 – hence the name, although the company has not confirmed that is the exact date of the launch. The update includes Windows Ink, which will add much more pen capabilities to Windows 10 including the ability to draw in various applications using virtual rulers, take notes that are translated into actionable data such as dates, equations, and even animations, and the ability to share everything cross-platform.

While the news has been dominated by its teen chatbot Tay — which was quickly corrupted by the Internet community into adopting racist and abusive language — Microsoft is undeterred and committed to the bot technology. By opening up bots to developers by way of its Microsoft Bot Framework the technology is meant to be used by developers to create – in any programming language – “bots” as Microsoft calls them, which use natural language to accomplish tasks for customers.

Built on its cloud-based Windows Azure platform, Microsoft is pushing for integration between all platforms and devices; bots like these would work on browsers, as a desktop or mobile app, in Skype, Slack, Office 365 and supposedly even works on non-smart cellphones through SMS. Microsoft’s messaging and video conferencing application is set to receive its own dedicated bots via the Skype Bot Platform, which will include the SDK, API, and Workflows.

Cortana gets an upgrade

With Cortana Intelligence Suite (formerly known as the Cortana Analytics Suite), Microsoft finally has an answer to IBM Watson. Where Watson seems to be overwhelmingly geared towards enterprise scenarios, Cortana Intelligence was demoed primarily in consumer-facing use cases.

Microsoft Cognitive Services, one of Cortana Intelligence Suite’s two components, is a collection of intelligence APIs that look at vision, speech, language, knowledge, and search.

Developers in particular were intrigued to note that Microsoft announced a new infrastructure within Windows – the Windows Subsystem for Linux (WSL) – which will run a genuine Ubuntu user-mode image delivered by way of a partnership with Canonical, creators of Ubuntu Linux.

According to Microsoft, this means native Bash on Ubuntu on Windows — meaning Bash scripts, Linux command-line tools like sed, awk, grep, along with Linux-first tools like Ruby, Git, Python and operate directly on Windows. The company was careful to note that the developer toolset is currently in beta: “This is not a server platform upon which you will host websites, run server infrastructure, etc.,” Microsoft said on its Windows blog.

— with files from Dave Yin

Ryan Patrick
Seasoned technology reporter, editor and senior content producer.
Previous articleMicrosoft takes an ‘apps for every platform’ approach with host of DevOps tools
Next articleRead only: Books CISOs ought to have