At the grand opening of its new 113,000 square foot Tech Hub in Scotia Plaza in downtown Toronto, Amazon announced that it is creating 600 new jobs in the city (There are currently 123 jobs listed, mostly in development and operations).  The Hub is one of 18 across North America that in total employ more than 20,000 people.

Tamir Bar-Haim, Toronto site lead and head of Amazon advertising in Canada, said that the additions will join the over 800 employees primarily focused on research and software development for customer fulfillment technology, Amazon Web Services (AWS), and Alexa, who are already working in the city.

“It’s always day one,” he said. “There’s so much left for us to invent on behalf of our customers. We’ve found that Torontonians are a great fit for Amazon, where they’re empowered to invent and think big for all of our customers around the world.”

Ontario premier Doug Ford attended the opening and said in his remarks that people want to do business in Ontario because of the talent pool. Thanking Amazon for the 600 new jobs, he said, “The talent pool we have is the best in the world.”

He also committed to cut down on red tape and regulations to make it easier to do business. “We’re creating an environment for companies to thrive here in Ontario, to be prosperous here in Ontario,” he said. “We look forward to growing with you, and we will stand shoulder to shoulder with you as you grow and expand here in Ontario.

“What we have here is a unique combination of one of the best education systems in the world, an incredibly dynamic startup community which I think creates an ecosystem here of which Amazon and other global companies can be a part, and a great quality of life,” noted Toronto mayor John Tory. “I think we in the governments will work together to make sure that the infrastructure, the quality of life, and the education system are maintained so that you can be confident that you want to come here in increasing numbers.”

An office tour preceded the official opening. There are plenty of cozy spots for co-workers to discuss their projects: 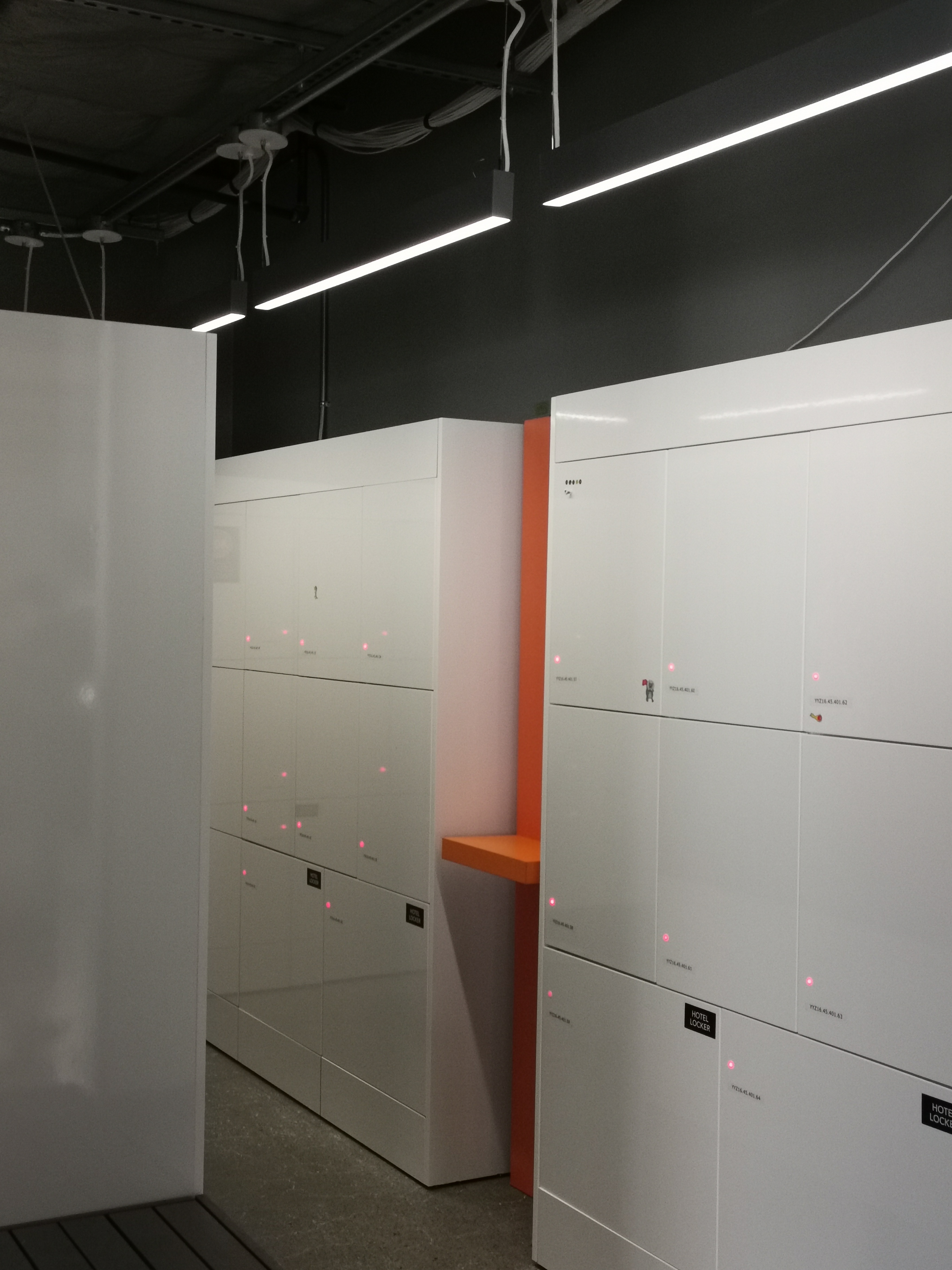 Banks of lockers keyed to employee badges offer much-need personal storage space for the very open-concept office. The black labelled ones at the bottom of each stack are “Hotel” lockers for visiting employees who aren’t normally based on site. 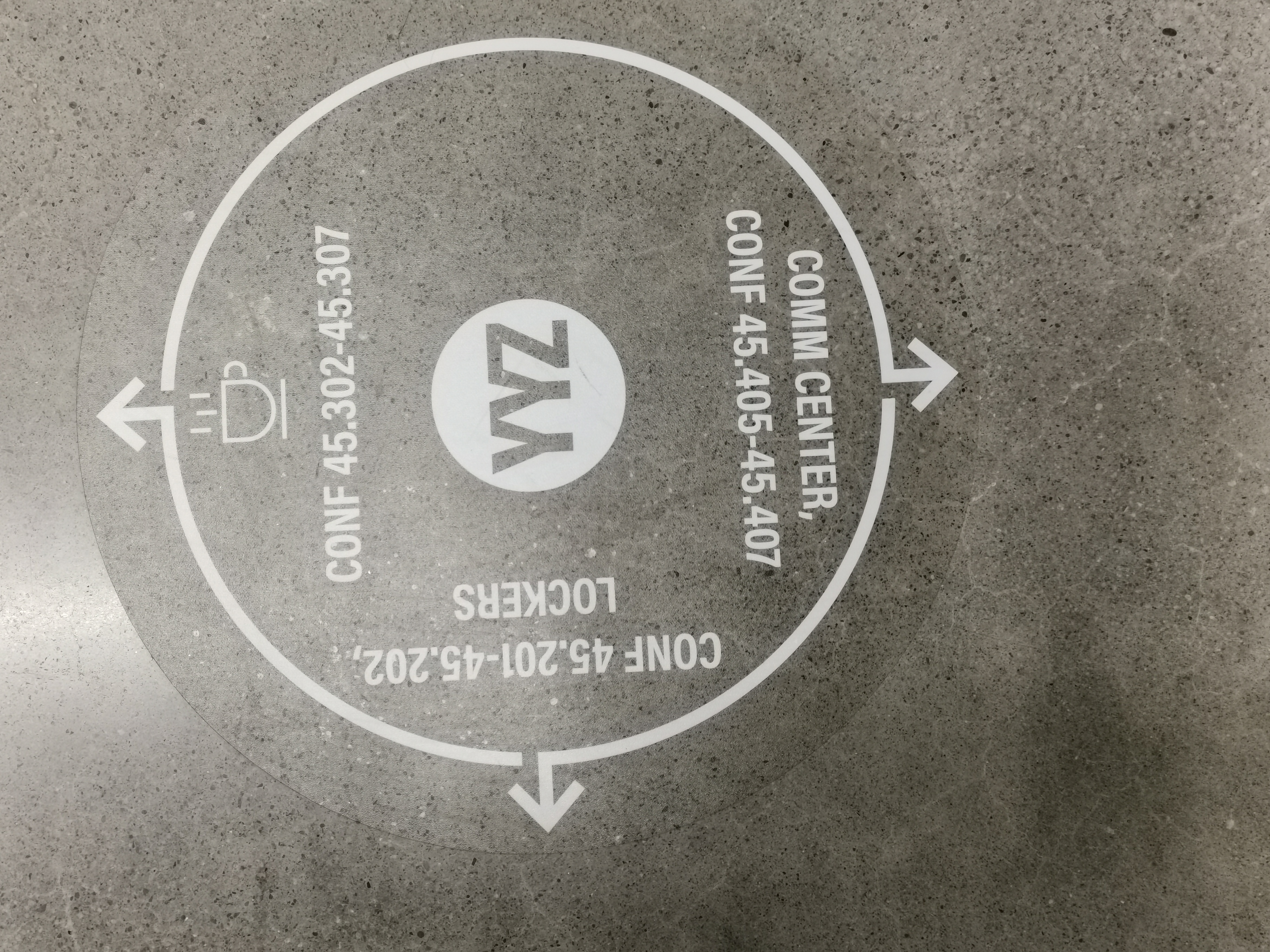 With 113,000 square feet of space over two floors to navigate, it’s easy to get lost, so Amazon painted directions on the floor at intersections. 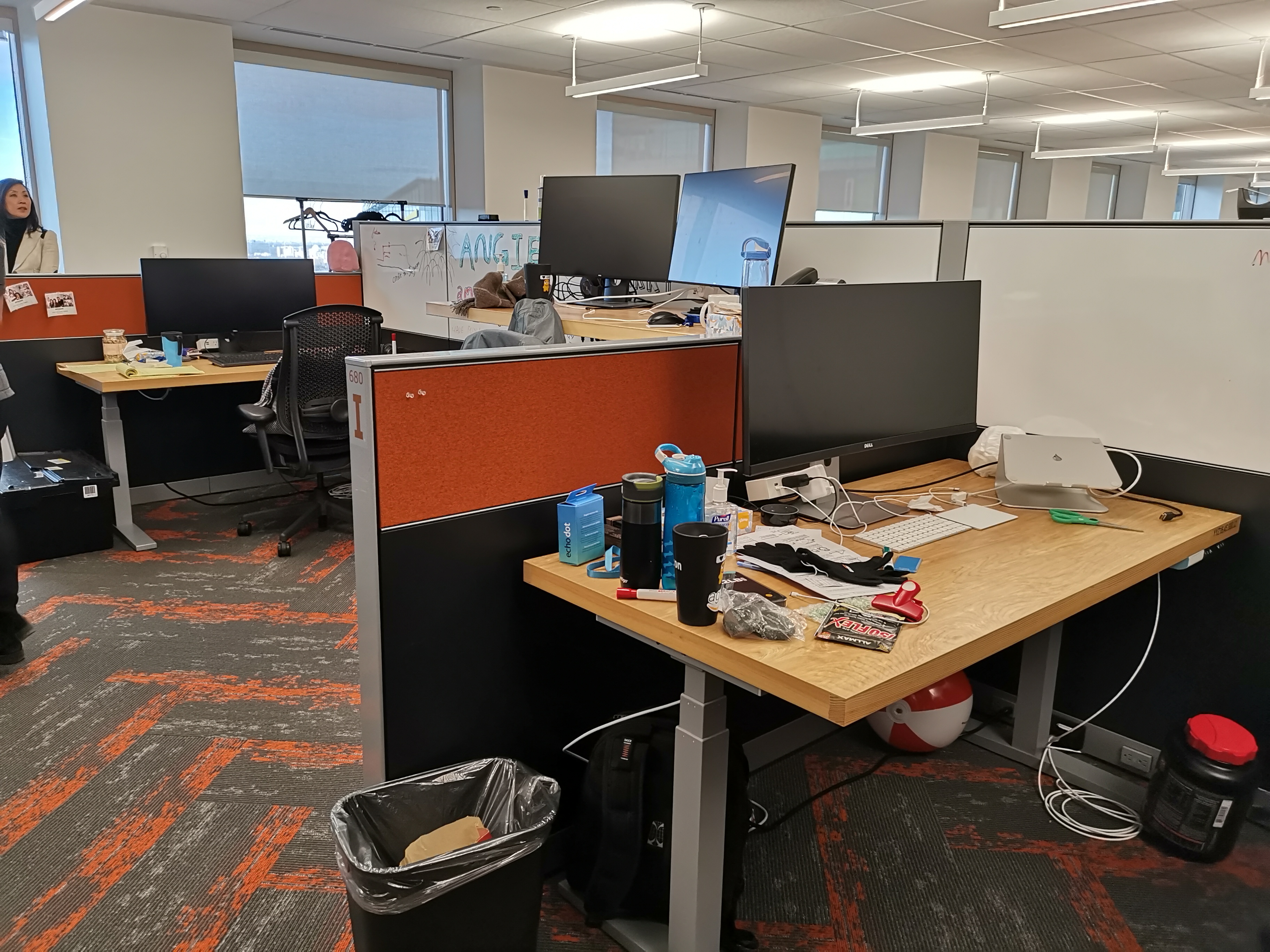 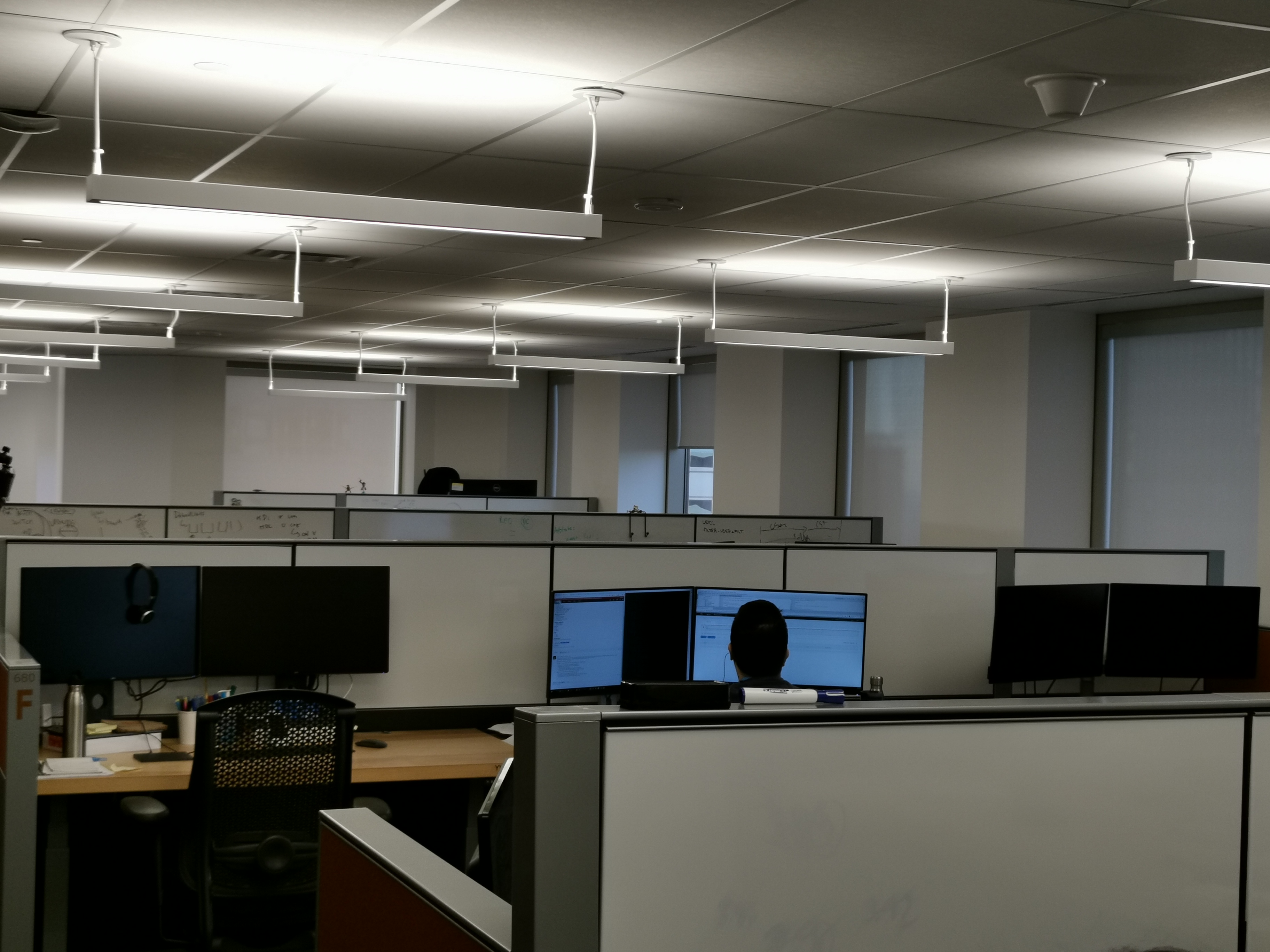 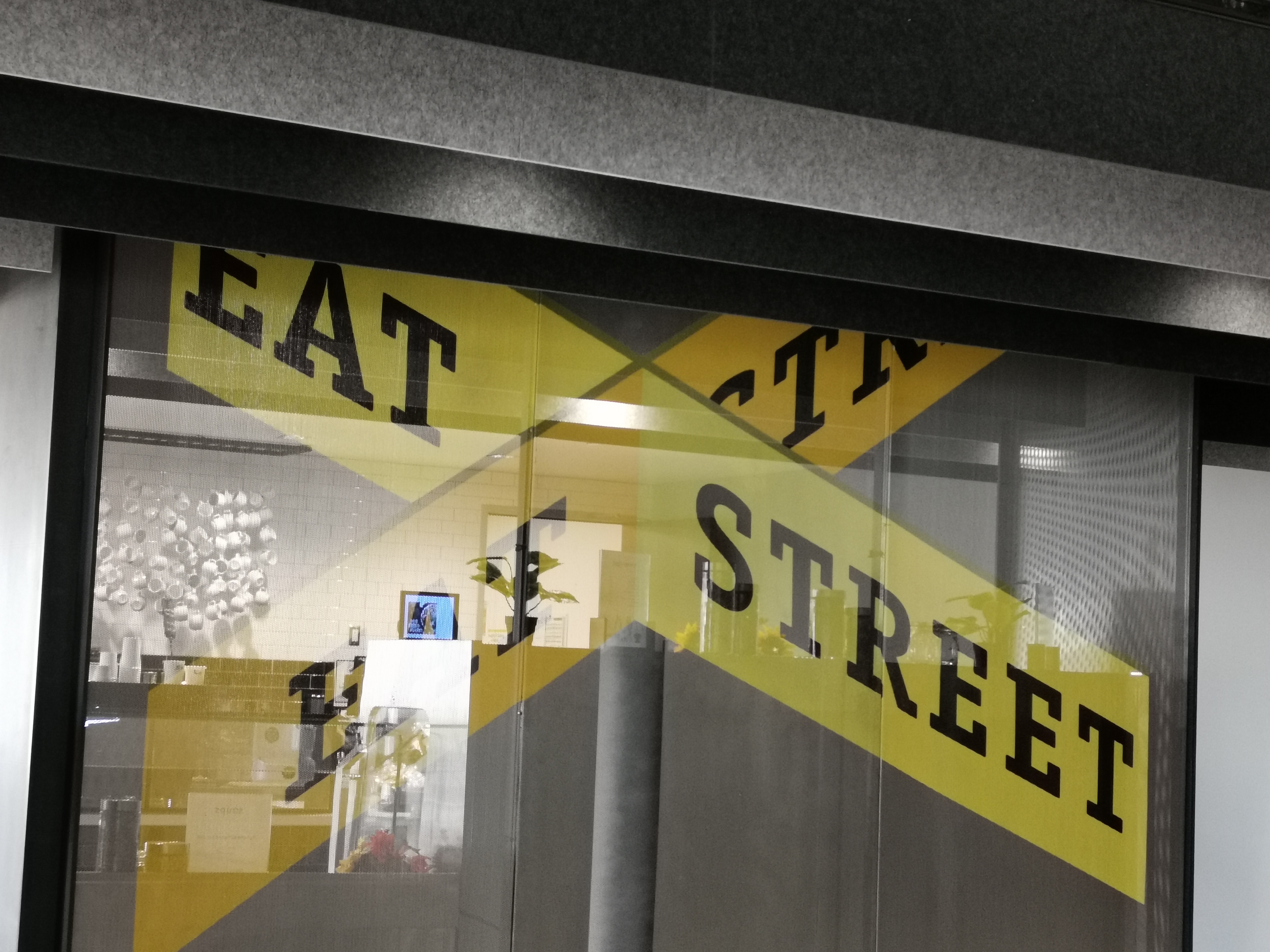 Each floor has its own little cafeteria.

Lynn Greiner has been interpreting tech for businesses for over 20 years and has worked in the industry as well as writing about it, giving her a unique perspective into the issues companies face. She has both IT credentials and a business degree.

Slack and Amazon link arms to fight against Microsoft Teams

Work From Home For Rest Of Year? Some Tech Companies Say ‘Yes’ – Forbes