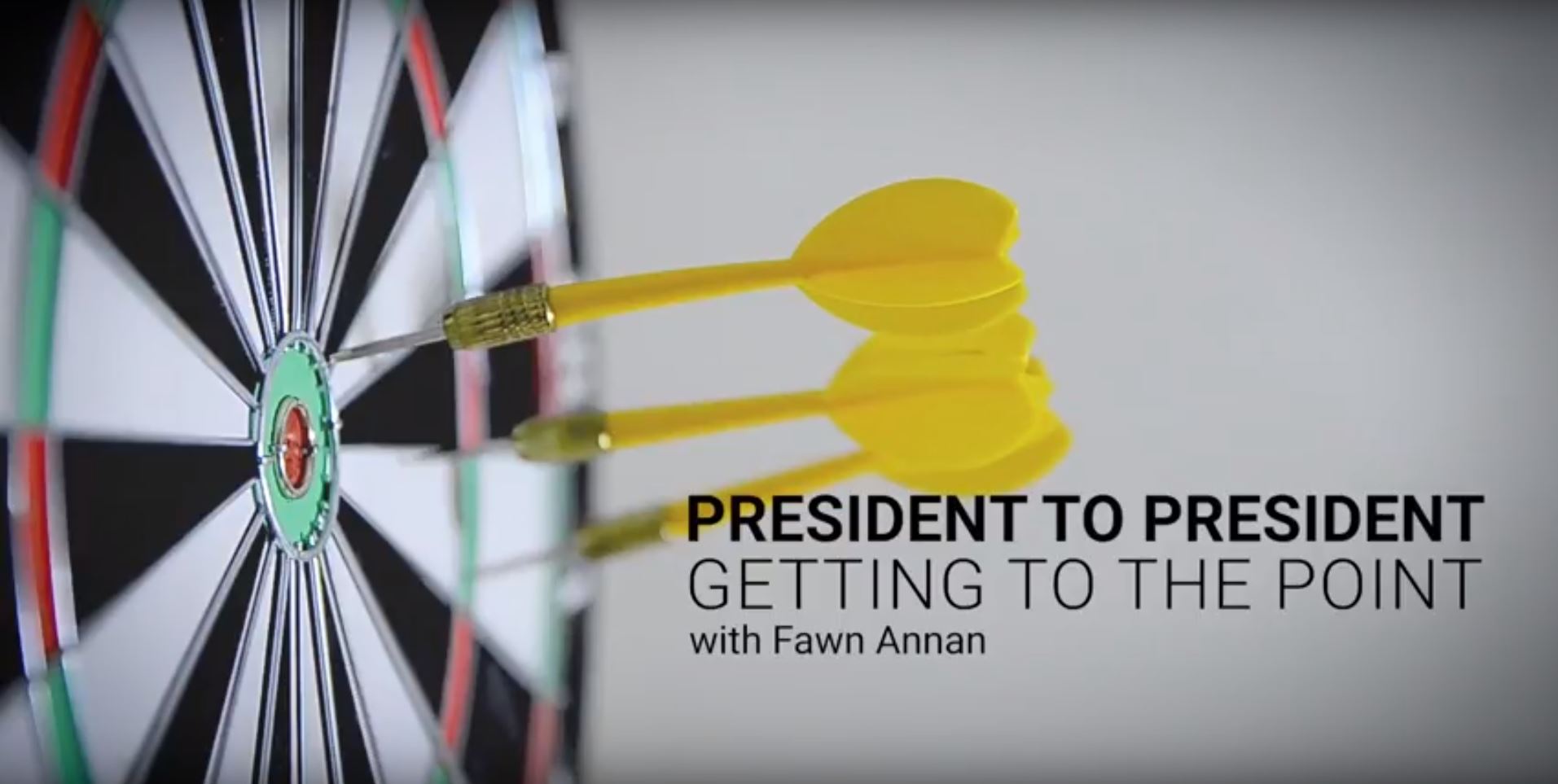 Anyone that’s both played for the Edmonton Eskimos and landed a job as a top executive at a Silicon Valley-based technology company is going to make for interesting conversation. When Jeff Volpe, president of the Americas for Viewsonic, dropped by our video studio, he didn’t disappoint.

The Canadian-born, CFL hall-of-famer was the first interview featured on our new President to President series – starring our own president, Fawn Annan. It’ll be the first of several videos in the first season, with many more notable Canadian leaders from the technology space to come. Just as we see here with Volpe, we get to see these leaders square off against Annan in a game of darts while sharing insights on leadership.

In addition to finding his mark more often than not on the dartboard, I thought Volpe was on target with a few of his ideas about leadership as well.

#1 Be confident in your own leadership style, but accept other approaches.

Volpe says that he’s a “Type A personality” – you know, gets up early in the morning, borders on obsessive compulsivity in getting the details right, and overachieves wherever possible. That’s what you’d expect to hear from a president of a large firm, but Volpe also recognizes that being “Type A” isn’t necessary to be a great leader.

“There’s a lot of leadership qualities that many different types have for passion and the whole idea of setting a course and giving people an excitement to achieve possibilities for brighter futures… that’s one of the things that I think is the most important part of leadership,” he says.

Volpe is recognizing that the core of being a leader is the ability to inspire others. A Type A personality might do that by example. But other personality types could do so in other ways – perhaps with creativity, careful analysis, or collaboration.

To that end, the ViewSonic leader is aware that his fingerprints are very much on the organization that he leads. He also recognizes that there are many other fingerprints on the veneer making up corporate culture.

“I bring a sort of culture of looking for possibilities,” he says. “I also really aspire to have my team think about what the possibility could be… with technology changing so often, I think one of the things that I’m bringing to my teams or of that possibility is within our grasp.”

That sounds like a leader that knows his strengths, and also knows when it’s time to let the team handle something.

#2 Find inspiration in other business leaders.

Who isn’t inspired by Elon Musk? The real-world version of Tony Stark is a larger than life personality that is able to captivate millions with his visions of the future and actually pursues making them a reality with the several corporations that he helms as an executive. From electric cars at Tesla to selling flame throwers and burrowing holes with the Boring Company, Musk is a true modern-day renaissance man. Vole sees it too.

“His vision and his willingness to try and look for and stretch for something is an incredible inspiration to anybody,” he says. “We don’t all necessarily have the resources that he has, to say the least, so I would move my reality and my mentorship down to to those that are running a solid entrepreneurial business that’s innovative, that’s following trends.”

Volpe knows where to look for inspiration, and for more practical and direct mentorship as well.

#3 Be concerned about the more distant future.

When asked what keeps him up at night, Volpe doesn’t point to daily fires that he has to put out at ViewSonic. While he doesn’t particularly look like he’s tossing and turning late into the night, Volpe says he’s focused on problems that are further over the horizon for his company.

“What and how do we evolve five to 10 years from now? That’s he real intellectual question that needs to be answered on an ongoing basis for us,” he says. “Technology will always be changing, but the deliver mechanisms to solve problems and to bring efficiencies using technology is really a critical point of what we’re going to remain focused on.”

It all goes back to Volpe’s confidence with his team. He trusts his people to apply their professional skills to deal with daily operations and have the competence to solve problems as they arise. That frees him up to give the business a more clear path of its mission and purpose in the future.