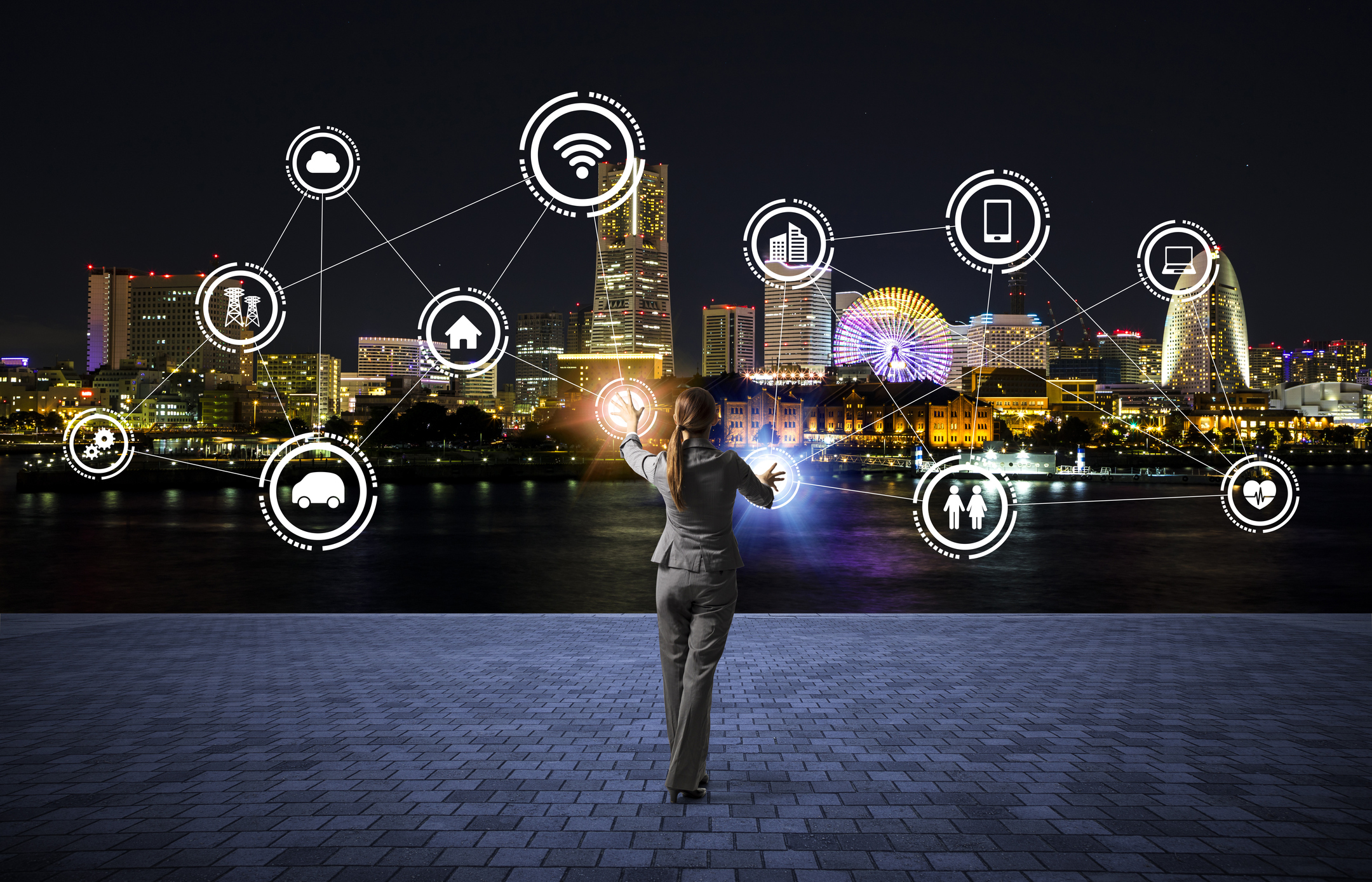 Since the dawn of emergency services and 911, municipalities have used communication to enhance the lives of citizens. Over the years, these systems have evolved: where once citizens had to call city hall to get connected with various services, we can now call 311 and sift through the options ourselves.

But things are changing, fast. With digital transformation and the Internet of Things (IoT), cities can communicate with citizens in ways that were once the realm of science fiction. This is paving the way for smart cities (also referred to as intelligent cities).

But what does a smart city look like? According to Tracy Fleming, Senior Technologist at Avaya, the best way to think about smart cities is through events and workflows.

“With digital transformation and IoT, we can use data from a variety of sources to create events,” explains Fleming. “These events can then trigger a workflow. For example, a parking lot camera can tell when a spot becomes available. This event can trigger a workflow that notifies users via a mobile app who are looking to park in the area, as well as post availability to Twitter.”

“Avaya built just such a solution on our Avaya Breeze platform. Using data from parking meters, we’ve been able to notify users when they have fifteen minutes left on their parking time. They can then add time through their mobile device.”

EMS has begun to use drone technology when responding to certain situations, such as fires. When the first responders arrive, a drone can be flown over the scene to take a video. This video is used by the broader emergency response team to make decisions.

Fleming explains further: “Until recently, video footage was only viewable by the drone operator, who then had to discuss the details or upload the video file to EMS. With Breeze, a live video feed streams directly to the response centre’s existing video conference platform. This provides EMS with total visibility into a situation, letting them act immediately.”

Smart city technology has the potential to prevent crime

“One of our partners created an app that ensures the safety of University students walking to their cars at night,” describes Fleming. “The user holds down a button on their smartphone screen until they get to their car. If they remove their finger at any time before reaching their car, a call is made immediately to emergency services.”

“The possibilities don’t stop there. Thinking toward the future, there’s no reason disruptive technology like Breeze couldn’t interface with police databases. Users could be notified of the location of ongoing investigations and areas with high violent crime rates, letting them plan their walking route accordingly. This concept could be extended to integrate with Google Maps in such a way that, when you search for directions in Maps, it takes police data into account when suggesting potential routes.”

So why aren’t these solutions available right now? According to Fleming, one of the reasons is that until recently the infrastructure overhaul necessary to implement smart city systems was too prohibitive.

“It used to be that implementing solutions like the ones described meant significant hardware and software overhaul; everything needed to be made by the same people if it could be expected to work together. This reality put the cost of smart cities out of reach for most municipalities.”

“Avaya Breeze solves this problem. Breeze is platform agnostic, and overlays on top of nearly any existing legacy system. This has several implications for cities. Most importantly, when smart city solutions don’t require municipalities to revamp their entire infrastructure, they become affordable. This also makes them easier to test: traditionally, implementing smart city functionality involves a pilot test where a small amount of legacy infrastructure is modified to fit the solution. But often the benefits of these solutions aren’t fully realized until they’re available to everyone. Breeze makes this possible instantly.” Breeze also allows for rapid prototying and iteration.

Further, Avaya Breeze enables cities to interchange different elements of a smart city workflow as necessary. Tracy illustrates: “One of our partners uses Breeze and IBM’s Watson AI to analyze voice calls for stress, sentiment and language clarification before routing the speaker to the right resource. Without Breeze, our client would have had to have had IBM create a custom, very expensive gateway to make this solution possible. With Breeze, we can route traffic directly to Watson even if the call originates from their legacy PBX system. And if Amazon—or anyone else—comes out with a better AI solution than Watson, our client isn’t tied to an expensive hardware infrastructure built around a specific vendor.”

Learn more about how Avaya Breeze is enabling smart cities around the world.