Today people use mobile apps for everything from hailing cabs to sharing documents. But while apps are becoming a primary channel for doing business, the overall user experience is still lagging.

Mobile users have high expectations for mobile apps. And yet, an estimated 80 to 90 per cent of apps are deleted after their first use, according to research from Equation Reach. And 79 per cent of respondents said they would only retry an app once or twice if it failed to work the first time.

Mobile users won’t hesitate to delete or uninstall an app if they perceive it’s wasting their time. If it doesn’t meet their expectations, they’ll find another one that does. 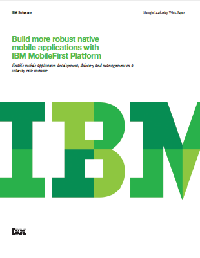 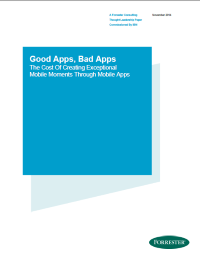 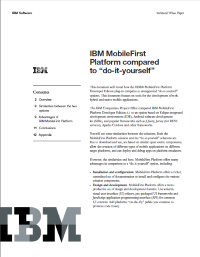 Unsuccessful apps not only waste resources, but they push away customers and employees. That means it’s critical for companies to get it right the first time — because they may not get a second chance.

The most successful mobile apps are tailored to engage customers in specific “mobile moments,” providing the right functionality and performance at the right time, according to Forrester Research.

The benefits are significant for companies that do get it right, says Forrester. Customers boost the brand, while employees and partners are more productive.

So, while design teams may focus on cool designs and cutting-edge features, they should also focus on an easy-to-use interface. It doesn’t have to be paradigm shifting — it just has to deliver on its promise.

One approach is to build native mobile apps. This is more costly, since the development team has to create a distinct code for each platform (and sometimes each platform requires a different development team). But because native apps can take full advantage of the capabilities of the device operating system, they offer benefits such as a powerful user experience and top-line performance.

To build native apps, development teams need toolkits, and those toolkits typically focus on client-side development. This isn’t surprising, since building a user interface is really just a small part of developing an app. Much more time is spent making sure the app is secure, integrated and engaging.

But these days, companies are looking to invest in a platform that supports an omni-channel experience, allowing them to interact with customers across channels and adapt to changing user expectations. They’re also looking for a mobile app platform that enhances the entire lifecycle of the app.

One example is IBM’s MobileFirst Mobile Platform, which addresses the lifecycle of mobile app development, delivery and management, with support for various development approaches including mobile web, hybrid and native. Developers can use the tools they want, including XCode, Android Studio, Xamarin, among others.

The key is finding a platform that can handle the quick pace of change in an omni-channel world. Successful mobile apps engage customers, but they can also lower development costs and help the business stay secure, compliant and agile.