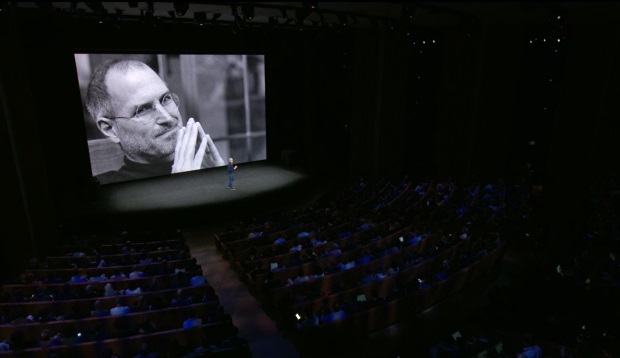 It’s that time of the year again, and for two hours Apple held the tech world’s attention as it announced not just the next generation of iPhone, but an entirely new premium iPhone alongside of it.

But Apple didn’t just announce the iPhone X and iPhone 8 and 8 Plus. The Sept. 12 event marked the opening of the new Steve Jobs Theater in Cupertino where Apple is currently building it’s new campus, as well as the next additions of Apple Watch and Apple TV.

Continue clicking through the slideshow for the highlights of Apple’s annual fall event. 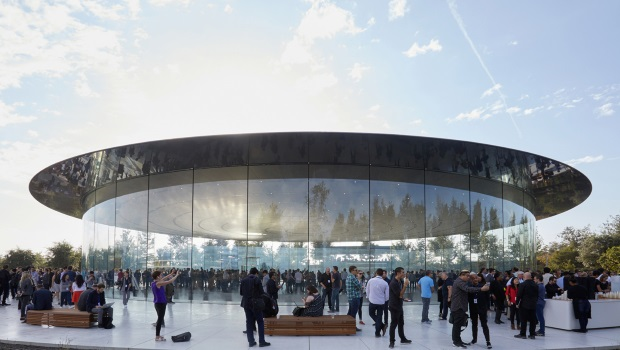 It only seems fitting that Apple would celebrate 10 years of the iPhone in the new Steve Jobs Theater.  Audio of Jobs quoting, “That’s what’s going to keep Apple Apple. If we keep us us,” played as Apple CEO Tim Cook took the stage to open up the event.

Cook described how the theater will be the centerpiece of the new Apple campus that has been dubbed the Apple Park and is a 175 acre green space with 9,000 trees. He outlined the company’s commitment to renewable energy, saying that Apple Park runs on 100 per cent renewable energy.

But before moving into announcement, Cook took a moment to talk about what Apple is doing to help with relief aid for those affected by Hurricanes Harvey and Irma. Apple is working with Hand in Hand Benefit and the Red Cross, and it will be making direct donations as well as making it easier to donate through iTunes. 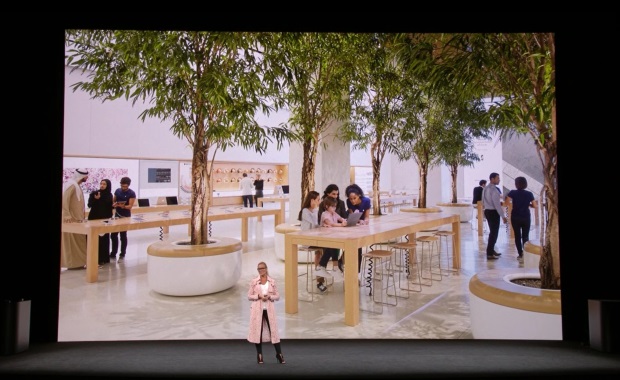 The new face of Apple Retail

Angela Ahrendts, senior vice president of retail took the stage to talk about changes coming to Apple retail stores. She says that 500 million people visit Apple stores every year, and launching soon at those stores is something called ‘Today at Apple’. This will include classes and tutorials that range from tips for using Apple devices to how to take better photos with photo walks around the retail location. There is a big emphasis on classes, workshops, and socializing in Apple stores.

And Apple is taking that mentality to the next level in its flagship stores, no longer calling them retail locations but town squares. These ‘Apple Town Squares’ will supposedly revolve around the community, and the flagship locations in New York, Paris, Milan, D.C., and a new flagship in Chicago will become the first town squares. No word yet on any Apple Town Squares in Canada.

The highlight changes to the Series 3 is the addition of cellular, which in Canada is limited to just Bell and Telus, meaning you’ll be able to leave your phone behind and just use your Apple Watch in a pinch. In the picture above, Williams demo’ed the cellular capabilities.

Other updates include being able to stream Apple Music directly from the Series 3, a dual core CPU, and a bunch of really nifty heart monitoring updates. 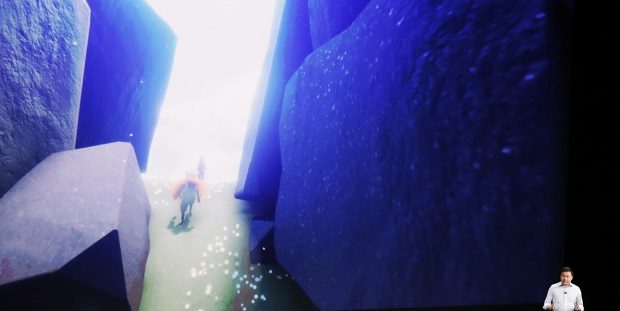 Apple TV gets a 4K upgrade

Apple TV 4k added 4K resolution and high dynamic range to this over-the-top TV box. Apple focused on showcasing the different streaming services on its platform, with more than 60 available, and in Canada it will have local programming. It even showcased a brand new video game developed specifically for the platform. That game, called Sky and created by That Game Company whose previous release includes 2012’s Game of the Year Journey, is pictured above.

Apple TV is available as an app on all iOS devices and it supports continuous playback across multiple devices. Also, users can ask Siri to play the content they want to watch, so no more worrying about losing that remote under the couch cushion.

Unfortunately, you’ll still need to own a 4K TV before you can take advantage of the new Apple TV.

iPhone 8 and iPhone 8 Plus

The iPhone X may be making the headlines, but let’s not forget about the iPhone 8 and 8 Plus that Apple announced alongside the new premium smartphone. The next generation of iPhone is here, it’s just fighting for the spotlight.

You’d be forgiven for thinking about the iPhone 8 and 8 Plus for just being a slightly more powerful and better equipped version of the iPhone 7 and 7 Plus. In fact, you would be forgiven for not being able to tell the two generations apart, as the only change Apple made with the iPhone 8 and 8 Plus is a glass back. Oh, and a new gold finish option (not be mistaken with rose gold or gold) to compliment the silver and space grey options.

However, Apple did improve the power of the new generation of iPhone, as it focused heavily on the phone’s augmented reality capabilities. This will be great for ARKit apps supported with iOS 11 that both devices will be launching with.

Read more: iPhone 8 and 8 Plus announced yet overshadowed

With the 10 year anniversary of the iPhone upon us, Apple is celebrating the only way it knows how; with a new iPhone specifically for this occasion.

The iPhone X, which is actually pronounced the iPhone ‘Ten’, is the company’s new premium smartphone celebrating a decade of iPhone innovation, and while it certainly looks different than its predecessors, it is surprisingly lacking of any innovative features at all.

It’s adopted the 2017 modern, bezel-less look with glass front and back design, and has Apple’s first 5.8 inch OLED display, which it has dubbed as the Super Retina display. Additionally, the iPhone X display does support HDR and Dolby Vision. Other features new to the iPhone X include dual optical image stabilization for the dual rear cameras, the same powerful chip as the iPhone 8 and 8 Plus, and FaceID, but more on that on the next slide.

The iPhone X will be available in Canada in silver and space grey in 64 GB and 256 GB models starting at $1319 CAD. It will become available on Nov. 3. 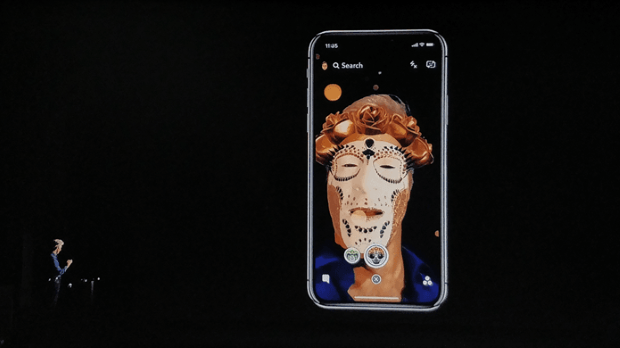 Animojis are here, and they are terrifying

With the iPhone X Apple is introducing its facial recognition software that replaces TouchID called FaceID. It uses the device’s front facing camera and a ‘True Depth’ camera system to unlock the phone using the user’s face, and it also makes possible a terrifying new form of communication.

That would be the animoji, new animated emojis that take your face and warp it into a unicorn or other animal like a chicken. Honestly, this is a thing of nightmares. Don’t believe me? Just look at the picture above.