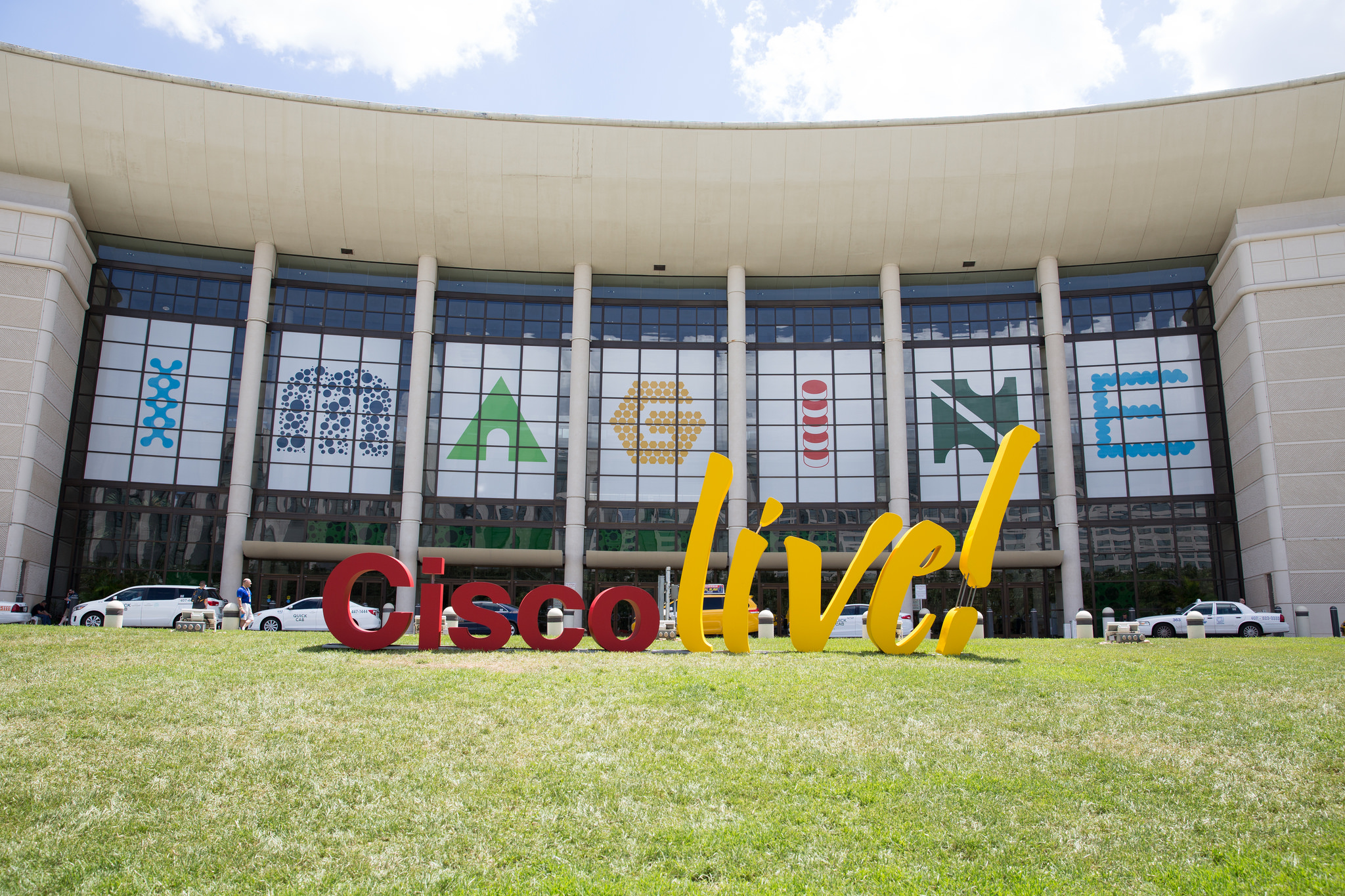 Cisco Systems has ambitious plans. In addition to meeting the demands of a modern-day network infrastructure that is seeing more and more devices connecting to it every day, the company wants to educate thousands of people about the latest advancements in network management, and move them away from the archaic and much more manual processes still in place. A lot of stage time was dedicated to these new ideas at Cisco Live! 2018 in Orlando, Florida. The message was clear: Cisco won’t stop selling hardware, but software will take centre stage going forward, and this was emphasized by CEO Chuck Robbins, who said the company is betting big with intent-based networking. Here, we have collected a few moments from the conference that more than 30,000 people attended.

A thunderous bass and some bright lights kicked off Cisco CEO Chuck Robbins’ opening keynote, which was about solving some of the world’s biggest problems by improving the network infrastructure it’s built on. While the infrastructure in place today has helped deliver health, education and other resources to all parts of the world, Robbins suggests there is another level we haven’t achieved. By opening up its DNA Center to third parties, Cisco looks to help transform a scattered network of devices into a single, programmable system that will usher in a new wave of innovation. Robbins pointed to the work they’ve done growing their developer community, DevNet, and how its surpassed 500,000 registered users. He also touted the success of their latest Catalyst 9000 switches, and said they’re the “fastest-ramping product in the history of Cisco.”

Last November, Cisco announced a partnership with Google Cloud. The plan was this: Help enterprise customers build and maintain hybrid-cloud environments that are consistent across data centres, even if they’re on-premises. This would be made possible by the Linux-container platform, Kubernetes, which Google created for its own purposes until it open sourced it in 2014. Google Cloud CEO Diane Greene joined Robbins on stage and gave a few updates on the partnership. Their hybrid-cloud architecture that combines Cisco’s Kubernetes-based container platform, launched in January, with its hyperconverged infrastructure HyperFlex, which is then combined with the Google Cloud Platform, is still slated for release later this year. Google is hoping the new partnership will make them more attractive in the eyes of enterprises, while Cisco looks to make itself known for more than hardware by boosting its software sales.

The Port of Rotterdam is one of the most advanced port authorities in the world. In addition to exploring the possibilities of blockchain technology, Europe’s largest shipping port is partnering with Cisco and a few other companies to learn more about a shipping container’s journey. Vincent Campfens, the port’s consultant on all things IoT- and network-related, explained how the global shipping market has functioned largely the same for decades, and the journey from one port to another hasn’t ever been properly documented. From water and weather patterns, to what’s happening at a port when a container arrives, a lot of data is waiting to be uncovered. “Containers haven’t changed much in 50 years. Like everything else, it’s time to digitize ourselves.” The new smart container, which was on the show floor at the event, will be outfitted with a variety of sensors that will document the journey across the ocean and its movements upon arrival at a port, later this year. The port is also working with IBM and The Weather Company on the project.

The DevNet zone, an increasingly popular area of the show floor over the past several years, included a unique workshop that featured an Alexa device that was trained to perform some basic networking tasks. Cisco staff demonstrated Alexa’s ability to identify how many network malfunctions were present in a network, and even asked the voice assistant to add a VLAN to the data centre. The workshop taught people how to write the code for these tasks, and also how to expand on them. The codes for Alexa commands, in addition to many others, can be found on DevNet Code Exchange app.