Working from home can make life interesting at the best of times. But during the COVID-19 pandemic and its enforced isolation, I learned a lot about what I really needed to keep me productive when I’m glued to my desk, and those lessons can serve any home worker well.

Here’s a look at five items that I wouldn’t have expected would matter, but they did. 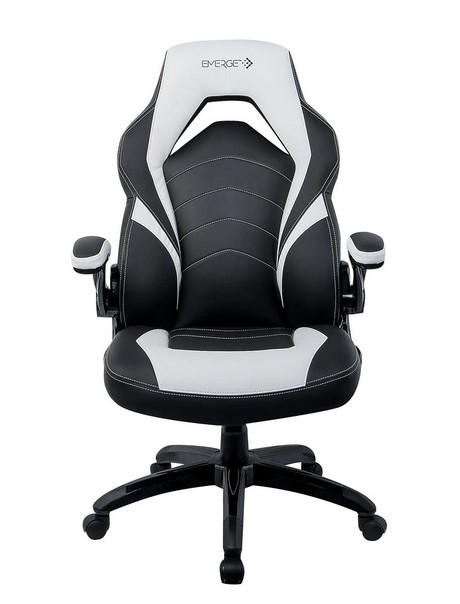 Until 2020, my working from home (WFH) agenda only covered a few days a week. The rest of the time I was out and about. I’d write in hotel rooms or press rooms or wherever I was, most of the time, and got used to different environments. This year, the home office was Writing Central, and I discovered that my allegedly good office chair well, wasn’t.

Enter the gaming chair. Yes, I’m serious – gaming chairs are made for long sessions of sitting. Mine, a not-too-expensive (about $200) model from Staples, has adjustable arms that swivel out of the way, height and tilt adjustments, and a seat meant for a human bottom to get friendly with, and is infinitely more comfortable than my old office chair. I can spend an entire day planted in it and still be able to move at the end of it. Its five-pronged base means it isn’t tippy.

My biggest chair selection tip is, if at all possible, go into the store and do a sit test. Make sure the chair feels right, and that you can comfortably sit in an ergonomically sound position. It makes a difference during those long hours in front of the screen.

Can you hear me? 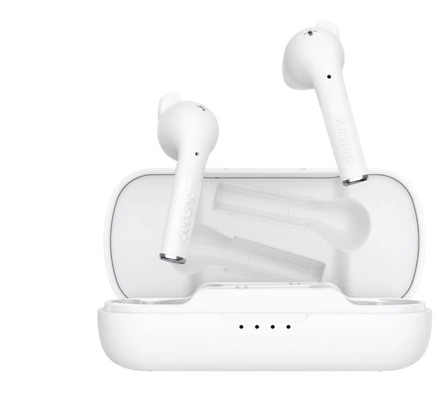 Along with the extended time in my home office came extended time on conference calls and watching virtual events. I have a nice set of over-the-ear headphones, but when you’re wearing them for many hours a day, I found they hurt. So a quest for wireless earbuds began.

My first kick at the can was a set from Defunc, the True Plus (MSRP $79.99 US). Their battery life is good (35 hours with the charging case), they were comfortable, and have good sound. However, they only pair with one device, and do not have noise cancellation. They’re a great value for the price, but they aren’t optimal for my application. 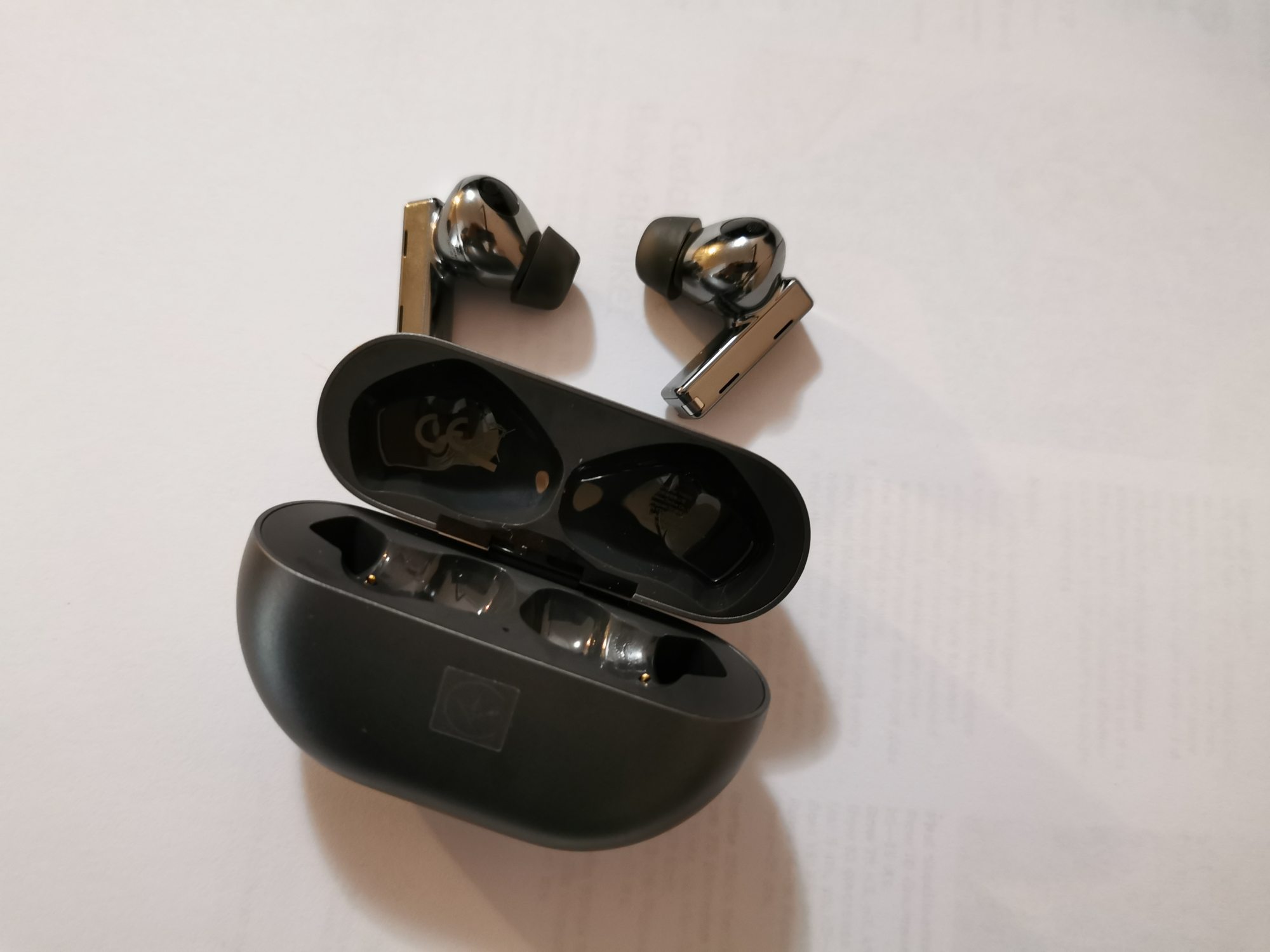 Then the Huawei FreeBuds Pro came along (MSRP $268.99 CDN). They fit even better (the Huawei AI Life app has a sound test that helps you choose the right tips for your ears), offer active noise cancellation that even managed to keep me oblivious to a howling cat during a conference call, and will pair with two devices, so I can easily switch between PC and phone. The controls are a bit unusual – there are no buttons, you just stroke or squeeze the stalks to answer calls, enable ANC, or adjust volume. And although they can sometimes be – interesting – to remove from their charging case (the magnet holding them in is formidable), one small endearing thing is that when I have the case open, facing me, and remove an earbud, the one on the right goes into my right ear and the one on the left in my left ear.

The Defuncs are reversed. Battery life is about 30 hours with the charging case (which can charge wirelessly or via USB); less if ANC is enabled. You have to pay attention to the little light on the charging case or the battery status in the app (it shows the charge in each bud, plus the case, separately), because the buds just die when the juice runs out.

Fingers to the keyboard

When I’m working at my desktop computer, I found my standard keyboard ended up causing wrist pain after prolonged sessions – and there can be a LOT of those when WFH. It’s not that it’s a bad device, it’s just not a design that keeps wrists in a natural enough orientation to prevent strain. After trying a few ergonomic keyboards, I settled on the Microsoft Ergonomic Keyboard ($84.99 CDN), which is not too aggressively curved but still offers enough of an angle to ease wrist strain, has a decent touch (to me – keyboard touch is a matter of individual preference) and a nice puffy wrist rest. The downside: it’s wired (USB connection), which may mean a little office rearranging if your previous keyboard was wireless.

Roll your eyes if you will, but I discovered that a smartwatch is a valuable addition to my WFH arsenal. My device of choice, the Huawei Watch GT 2 Pro (MSRP $398.99 CDN), nags me every hour to get up and stretch – and if you’ve ever accidentally sat for several hours without shifting, you’ll know why that’s a great idea. It also monitors heart rate, SpO2 levels, stress levels, and sleep.

Once you escape the office, it offers over 100 sport modes, from golf and swimming to running and skiing, a route back feature that logs your travel route so you can find your way home, real-time performance tracking and scientific workout guidance (OK, I confess – I just use the step counter – an athlete I’m not). And it does a ton more: it lets you receive, reject, and mute phone calls (or place them from contacts) via its Bluetooth connection to the phone, stores up to 500 songs, receives notifications from your phone, can act as a remote shutter for the phone camera, and has a Find My Phone feature. And probably its best feature for the time-crunched WFH person – its battery lasts up to 2 weeks between charges, so you don’t have to worry about plugging the dratted thing in every night. It’s an attractive device, too, waterproof, with a nice leather strap, but the watch faces are limited and rather unusual (Huawei says it’s working on allowing additional downloaded watch faces in Canada – other countries have them). I just like a basic readable analogue dial, which it does not offer at the moment (if you want one called Caged Tiger, however, you’re golden).