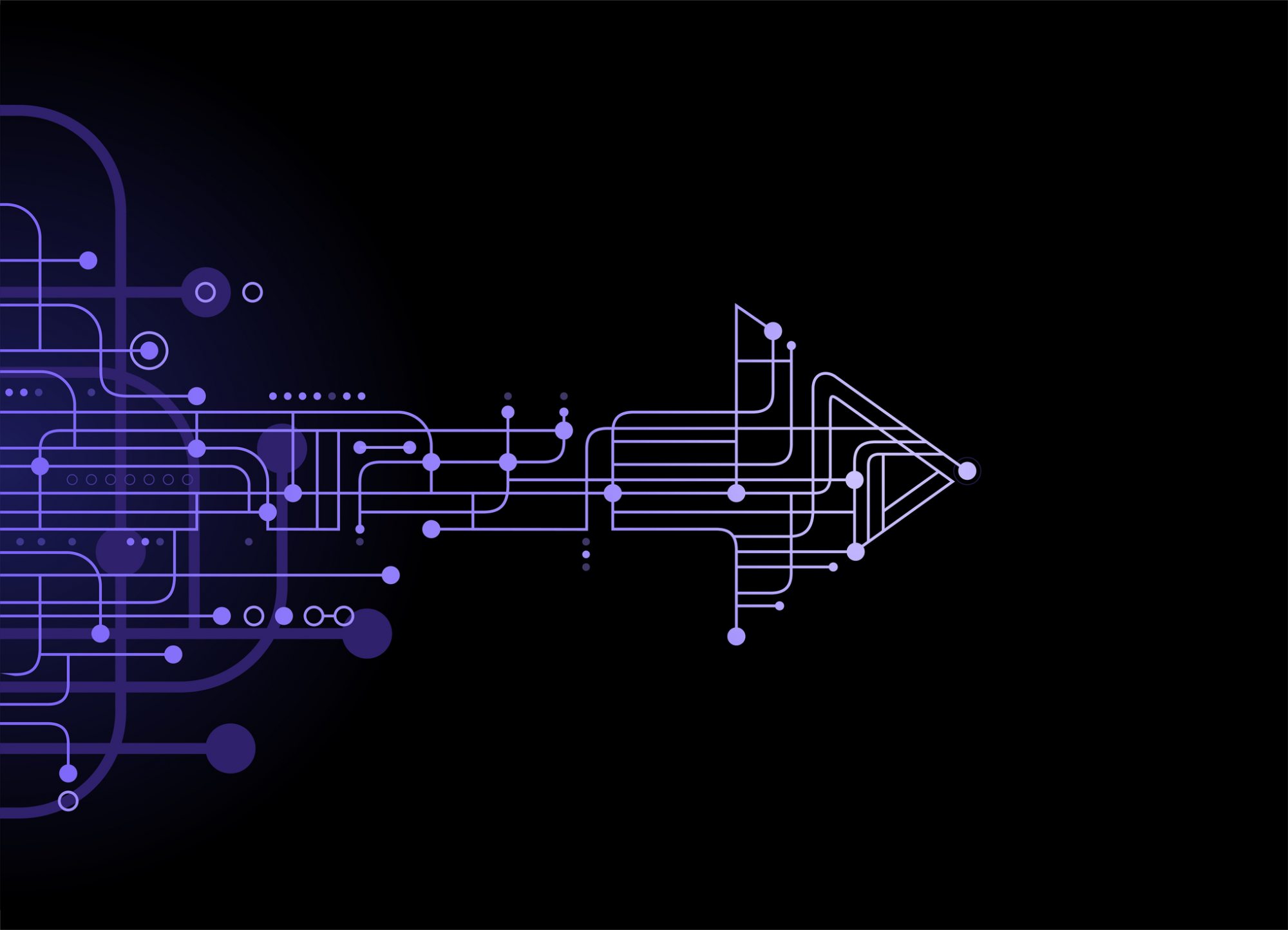 It’s 2001 and Sally Armstrong is in Kandahar. Night is falling and Sally is struggling to get her story.  With its mountainous backdrop and constant haze of blowing desert sand, the city is a dark and eerie place at dusk.

Sally is thrilled when she bumps into a fellow journalist: a woman named Esther Oxford from the London Sunday Times. They commiserate about trying to get your story in Kandahar, “where half the people don’t know the truth and the other half don’t tell the truth.”

The next day things get worse. “They tell me I have to leave my lodging. Foreigners are no longer allowed.  That’s a very bad sign for a journalist. It’s something you’ve got to pay a lot of attention to.” She tries three other places that have welcomed her in the past with no luck. Then something terrifying happens.  The Taliban pull up in “one of those dusty Toyota trucks they always drove.”  In no time, she is deep in the desert passing through various sets of metal gates that lead to a compound.  “I saw a woman sitting by a fire burning. Guess who it was? Esther. She calls to me and I go over. She tells me I am under house arrest. I am terrified.  Esther is crying.  I am older than her and I think my maternal instinct must have kicked in.  Suddenly, I know that my job is to get Esther to stop crying. We share some jokes and carry on sitting by the fire.”

Sally and Esther are eventually separated and they only see each other at meals when they are served a pathetic bowl of rice. After two harrowing days, they are released from the compound and told they must leave the country immediately.  “I am sent in one direction and Esther is sent another.  I find a driver and he says: ‘You need to get to the border right away.’ But I have secured an interview with the Governor of Kandahar. Interviewing a Taliban man is a huge deal in my business. I got an amazing interview.”

This story sums up Sally.  Canada’s brave and tenacious human rights journalist will let nothing stand in the way of exposing atrocities against women.  Coming face to face with the Taliban is petrifying, but it’s just one of the many challenges she has faced in a distinguished career providing a voice to extraordinary women trying to rise up in the most oppressed places around the world.

Sally rose to international stature by reporting on a story no one wanted to tackle: exposing the horrific rape camps in Sarajevo. When we were planning our 5th Annual Red Hat Canada Gender Diversity Evening, we wanted a keynote speaker who could share a positive message of hope and resilience after the challenge of 2020.  Josee Rivard, Red Hat Canada’s Manager of Enterprise Inside Sales, suggested Sally because she was so moved by Sally’s books, particularly her latest, Power Shift: The Longest Revolution, which was the focus of Sally’s CBC Massey Lectures in 2019.

During these challenging times, we need outstanding role models like Sally who are constantly leaping out of their comfort zone. After the event, she was happy to share her wisdom with Josee and me on how all of us can leverage our talents to thrive in tech in a post-pandemic workplace.

“Today we need to look at our gender, not as a source of trouble but as a source of advancement. It’s hard for me to believe there are still people who think women can’t do mathematics or be an astronaut, etc. You would have thought we had defeated all of that. But don’t view this as an obstacle. You need to focus on what you’re good at. And women are good at so many things. When you’re in a warzone, the people you’re writing about sometimes don’t want you there. They make that pretty clear to you.  You’re challenged, questioned, and sometimes pushed around. And if you’re a woman, they just dress that up in ways that make it sound a little scarier. But if you know why you’re there and understand that your job is to put your nose down and get the job done, these people are just like any other challenge that you have to deal with in any job. Men who don’t want women around simply become another one of those problems that have to be handled. And I think women are unstoppable.”

“I am committed to the cause. I’ve read so many studies that show if you give girls some food, education, and a little protection, certain very predictable things will happen. She will marry later, have fewer children, and those children will be healthier.  That is enough to turn the economy around. This data comes from Jeffrey Sachs, one of the most prominent economists in the world. We know that if you use justice and fairness in the village, and you introduce the concept of human rights, people will be happier, safer, and healthier. Who can argue with that?  I go to other countries as a journalist to get a story. That’s my job. And when people push back, I understand it’s from a lack of knowledge. Or they have an ingrained position:  My father did it this way, so I must do it this way, or I won’t be my father’s son. And I understand that. Sometimes, I push back a little too hard and get myself into trouble. You know, it goes with the character.”

“The voices of women are so incredibly important. And there’s evidence of that everywhere. My advice to women is to prepare yourself, make sure you have all the equipment you need to do your job. And if you don’t, go and ask for an opportunity to upgrade, to achieve whatever you need. Make sure that you’re doing something you love and that you understand that you are the right person for that job. Today is your time. Now is the hour. Look at the developing world, you cannot get a project together unless women are considered. No one will provide money. And now increasingly, we’re looking at corporate Canada and we’re saying, ‘Why aren’t women on your board, on your team?’ We can’t keep the old boys’ network going. It is not useful to the economy of the country, or the bottom line. Use your voice. It is your most powerful tool. Make sure your data is correct and go out there and speak up for yourself.”

“Words matter. And you need to call out things. Don’t be rude. Rude never gets you anywhere. You need to be able to say, ‘I’m not sure I understand what you mean by that remark?’ The only way to stop it is to call it out. You can’t stop something until you call it out, and you can’t fix it until you start to talk about it.  But do it as an adult, and a professional, and a reasonable person. You don’t want      fights at the board table.  We can’t let these things fester. Remarks get dropped in a meeting and everyone hears the same thing. But that’s not why we’re at this table. We’re at this table to sell that product or make that program, etc.”

“I don’t think only women are sitting down saying, ‘Where do I go from here?’ I think a lot of men are also sitting down and saying, ‘Do I want to work at home or go into the office or change careers.’ This is an opportunity. This is a sign of the times highlighting all of the work that we’ve done over all the years.  The Secretary-General of the United Nations Antonio Guterres said this: ‘Women need to be front and centre in the recovery from the pandemic – not as a matter of charity, not even as a matter of justice and basic human rights – although this is true – as a matter of economics; of efficiency and effectiveness; of social and community resilience. Male-dominated teams will come up with male-dominated solutions, and we cannot go back to the failed man-made policies that have resulted in the fragility we see around us in healthcare systems in social protection, in access to justice, and the well-being of our planet.’  It is a loud, clear message to the world. We all have a role to play. Men and women need to work together.  It’s so ridiculous to think that when women win, men have to lose. In Afghanistan, men think if they give human rights to women, they have to give up their human rights. That’s not the way human rights work. Together with men and women at the table, we each bring different gifts. And together we do better. We know that to be true. And now we have to reorder the world. Be confident. Hold up your heart. Because as much as you’ve been held back, or put down, now it’s time. You have what it takes.”

“I just feel like the luckiest person in the world because I met them and got to know them. Thank God, they trusted me. They shared their stories with me. And with many of them, we never lost touch. I was on a webinar this morning, talking to women around the world about what to do about the peace agreement in Afghanistan. And one of the women on the webinar was Dr. Sima Samar.  When the Taliban took over Afghanistan, I heard that a female doctor was defying the Taliban, keeping schools open and keeping her health clinic open. I knew that was the story I wanted. I asked everyone, ‘Where’s this woman? I want to meet her.’  I spoke to a woman called Farida Shaheed in Lahore, Pakistan who knew her.  She said, ‘Come to Lahore and we’ll talk about it.’ What was she thinking?  I worked at Homemakers, not the New York Times. How could my budget fit a side trip to Pakistan into this assignment? I spent the whole day with her in Lahore.  Toward the end of the day, I’m thinking, ‘I have no story.’  At about five o’clock Farida says, ‘There is a flight to Quetta tomorrow morning, you should be on it. Someone will meet you.’  I felt like Nancy Drew. I got on the flight, and I walked into arrivals and a woman started walking toward me.  It was Sima.”

Postscript to Sally’s Taliban story.  When the American forces invaded Afghanistan on October 7, 2001, one of the first targets was the Taliban stronghold in the desert where Sally and Esther were under house arrest.  Sally and Esther celebrated in an email with a glass of wine.