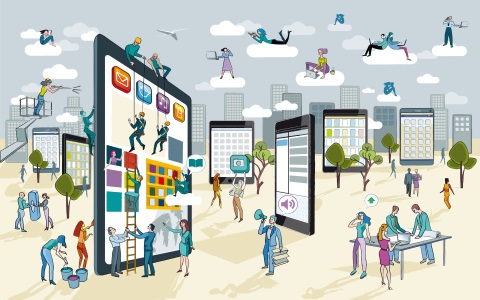 The Internet of Things (IoT) drove Toronto to win the 2014 Intelligent Community Forum’s (ICF) top prize. Why Toronto? This is due to an array of reasons such as ICT investment, heavy focus on a digital business economy, quality fibre networks, good broadband internet, and leading data centres (eg. 151 data centres). Similarly, the upcoming December 3 Technicity 2015 will explore the connected city playbook increasingly founded on IoT.

The ICF’s Smart21 are the best 21 communities globally of finalists leading to the top prize and it’s worth having a look to gain lessons to implement in your community. For 2015, we have Edmonton, Sherbrooke, and Surrey. For 2016, we have Hamilton, Lambton County, Lethbridge, Montreal, Oshawa, Ottawa, Surrey, and Winnipeg—nearly 40 per cent of the Smart21 are Canadian. If you look under the covers for all finalists, you will detect the footprint of the IoT and increasingly machine learning.

The IoT will be the catalyst for intelligent “super-smart” cities 2020 and the next wave of city disruption. There are undercurrents for this in the United Nations Sustainable Development Goals (SDGs) and ITU World Summit on the Information Society action lines (WSIS). When the United Nations developed the eight Millennium Development Goals for 2000 to 2015, they did not anticipate the impact of technology such as the internet, mobile phones, cloud computing, broadband, social media, social networks, IoT, and artificial intelligence through machine learning and deep learning. This is addressed with the 17 Sustainable Development Goals (SDG) from 2015 to 2030 where technology is understood to be a major foundation. The impact of IoT combined with AI (machine learning) will create a new era which at the community level will be expressed in “super-smart” cities. Computing is fundamentally embedded everywhere and essential in government, business, industry, research, and all domains of science, academia, media, and society and underlies the success of the SDGs for all countries until 2030 and WSIS.

This brings us back to the IoT which when combined with smart devices is creating a global digital mesh yielding a planetary nervous system reaching into individuals, their homes, and communities. With over 40 zettabytes of data by 2020 – this is 40 billion terabytes – we have the ability to control and analyze down to the single cell and even molecular level planet-wide. Machine learning (ML) takes the resulting big data deluge resulting in a Knowledge of Everything (KOE).

Juniper Research indicates that IoT connected devices will grow from 13.4 billion in 2015 to 38.5 billion in 2020 – 285% increase. The majority of the devices will be in the industrial and public sector due to the strong business case with examples such as Michelin and John Deere transitioned to services using IoT. The consumer market represents a high average revenue per user market segment and the industrial sector provides high ROI. McKinsey reported that by 2025, IoT could reach 11.1 trillion dollars – this is per year! You see it in all modes of transportation, all areas of industry and business, throughout governments and cities, in education, media and throughout society. IoT is in every aspect of our lives as consumers and citizens. For example, with agriculture IoT allows over 25 harvests per year, nearly 90 per cent less energy, 90 per cent less water usage, organic production. The impact is global when you consider 70 per cent of water consumption is from agriculture and over 30 per cent of food is lost or wasted.

Ultimately this yields the intelligent “super-smart” cities 2020, the next wave.

My conversation with Bill Hutchison provides background insight. Bill is the co-founder of the i-CANADA Alliance supporting smart city strategies for fifty cities and towns in Canada. Bill has been honoured as one of the world’s leaders in the application of computer, telecommunications and media technology in urban transformation. He received the first Lifetime Achievement Award from the Intelligent Community Forum of New York; recognition as “one of the world’s top 35 people to watch”; recognition as one of the Top 30 Canadian Movers and Shakers over 30 Years and a Fellow of the Canadian Information Processing Society.

Here are extracts from the full interview.

Ibaraki:
What future disruptive innovations should business executives be watching?

Hutchison:
Things – hardware generally, but perhaps software as well – are going to be smaller, cheaper, faster all the time and that will keep happening. In addition to changes in technology, new regulatory rules will start to come into play. They’ve been slow in some cases like healthcare and construction, but these will move forward as well.

Ibaraki:
What is the value behind iCANADA and what do you hope to accomplish?

Hutchison:
The terms “smart city” and “intelligent community” first started to appear on the landscape in the early 90s. Singapore had “Intelligence Island”, Silicon Valley created “Smart Valley”. I was a co-founder of “Smart Toronto” in 1994 and those were the early days of starting to significantly apply all of our new technologies, first to the management of our cities but then to all of society. There is a think tank in New York called the Intelligent Community Forum (ICF) and for the last 14 years it has been running an annual competition to select the Intelligent Community of the Year. Over the last 14 years all these winners have inevitably had higher rates of innovation, economic growth, more employment growth, more incoming investment and more social innovation than their neighbours. If you created one of the world’s intelligent communities (smart cities), the fact is that by winning the awards and doing the necessary things for it, you attract companies to come and work there and they grow. That’s the reason for creating iCANADA and there are now over 70 cities and towns working with iCANADA and working to try to become it.

Ibaraki:
There are members in the audience who are senior executives or very senior in the different domains that they’re in or come from. How do they get involved with iCANADA?

Hutchison:
This is a national movement and it is in everybody’s interest to make it happen. I’ve created 14 consortia in my life (I never intended to do that and they are all voluntary), but I’ve always believed that if you think that something’s important don’t ask the government to do it, just go and do it. It’s much better to start it and get a great parade going, and every government in the world and every politician wants to be part of great parade. So iCANADA now is attracting a lot of attention.

Hutchison:
It is really three people, three guys as it turns out, that created it back in the 90s and with a combination of Urban Planning backgrounds. The three of them saw the future and said this will start to move out into this whole application across cities, communities and towns, so let’s create a think-tank to study it and that is how the Intelligent Community Forum was created in New York. Then they started to run this annual competition which has been a real service because the history of the top seven and the top 21 over 14 years has been stored, so you can go and look to see what they’ve been doing.

Ibaraki:
Describe some areas of controversy in the areas that you work.

Hutchison:
The idea of creating a smart city, a lot of people just think about technology so they’re not interested, that becomes kind of a controversial area and discussion point. You have to have the technology, but if you want to design the smart city of the future, depending on the definition of the CIO, you may fall into what I call the CIO trap (that’s a controversial area). Certainly the CIO should be a key part of it, but it may well be that somebody else needs to lead it. I always recommend that they create the i-community advisory council. Another one is the social community often doesn’t see why they should be involved or they think the technology folk are going to run away with it and they won’t get involved and this becomes an issue. We don’t want to create a digital divide, in fact we want to close one that’s usually there and so the issue of getting everyone involved, but having strong enough leadership to make sure that you will continually move forward is a very key area.