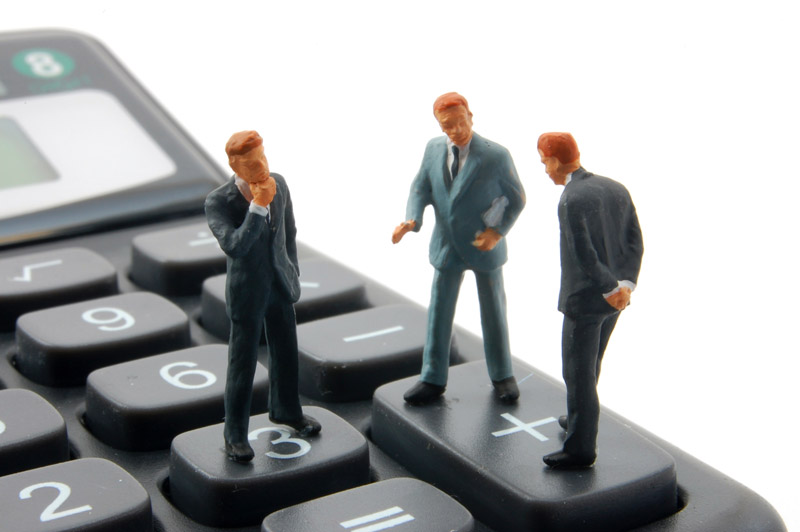 This is a 3-minute read that argues for a rational bid request, decision and response process.

To bid or not to bid? That is indeed the question! And as good a place as any to begin an exploration of Project Prospects and how to improve them.

The reaction to a Request for Proposal (RFP) by the vendor’s sales unit is akin to the inveterate lottery ticket buyer – “you can’t win if you don’t have a ticket.” Those with a more sophisticated outlook will run the opportunity through a qualification checklist, which I recommend. Even though this approach supports logical business decision-making, it’s very hard to filter out excessive optimism, and management rarely shut down a bid if the sales executive thinks she can win.

An interesting question to ask a vendor is “what are your annual costs to respond to RFPs?” These costs have to be covered by the vendor’s rates so it’s in everyone’s interest to remove inefficiencies from the bid process (that’s a future post). But occasionally your proposal wins, the RFP torment is forgotten, and life is good.  Unless you under-estimated. And although the bid decision might seem a dilemma unique to the commercial world, related issues such as over-optimism and mis-estimation can also creep into in-house projects, which is especially concerning for companies that practice charge-out or operate an internal economy.

The pains of experience

You might be thinking that I am making a mountain out of a molehill – RFPs are part of the scenery, just get on with it. Unfortunately, the following represent typical experiences that have been repeated too many times.

Exact scope assessment is vital for accurate estimates. A vendor will often task their estimators with two independent top-down estimates of a newly-issued RFP. Results can be shockingly variable; in one case I recall by an order of magnitude. The boss wisely no-bid. In that example, the client wanted our firm to do the work but didn’t even get a proposal from us to evaluate. The project went to a main competitor and was not a success.

Large projects are frequently under-estimated by clients and the budget set prior to RFP release. Large bids are very expensive for vendors to assemble, and often require firms to negotiate tentative commitments pending contract award. These complexities create huge difficulties for vendors, often unappreciated by the client, and can sometimes result in project cancellation because all bids received were outside the allocated budget.

The thin ray of hope

Perhaps the most common and perplexing source of difficulty lies in a client’s uncompromising demand for vendor commitment to incompatible objectives or unrealistic requirements. This often involves the triple constraint (cost, schedule, scope). At one very memorable short-list presentation, a client demanded a commitment to their ‘plan’ and struggling for the right words I said “there is a thin ray of hope” their plan could be achieved! My boss gave me a wry smile and some performance feedback over a beer later. A firm who made the commitment was selected and the project was a disaster, running several times over the planned cost.

All of these outcomes are avoidable. Obviously, bids can be cancelled, the scope can change, pricing can be challenged, and schedule needs are important. But if all parties are transparent about the factors in play there is a much better chance of the client getting mostly what he wants. The vendor community will also be left with the knowledge that their bid decision was made on rational grounds, and their efforts were valid and not wasted. Taking a step beyond transparency can also lead to a type of collaborative approach that retains vendor competitiveness but eliminates considerable waste. To my knowledge, this approach has yet to be demonstrated in project procurement, even though the efficiencies of collaboration are proven in other areas.

Vendors can also strengthen the rationality of the bid decision by building a knowledge base of bid performance. This is easy to do and just requires the discipline to track bid costs and record the bid outcome and the factors that influenced it. These data don’t replace the intuitive sales ‘nose’, but do provide a useful balance. Another good balance for unrestrained sales optimism is to ensure accountability, starting with authorized bid preparation costs.

Another means of creating a rational platform for the bid decision is to deploy a simple qualification checklist as described in ‘Commercial Project Management – A Guide for Selling and Delivering Professional Services’ summarized here. Keep it short and table it for the bid decision meeting. A good set of six discussion points might include: anticipated contract value, type of contract demanded, strength of the client relationship, understanding of scope, the firm’s experience with the solution, and access to the required skills. You might recognize this as a preamble to risk assessment and as I believe risk is best managed using a start-to-finish systems approach, you’d be right.