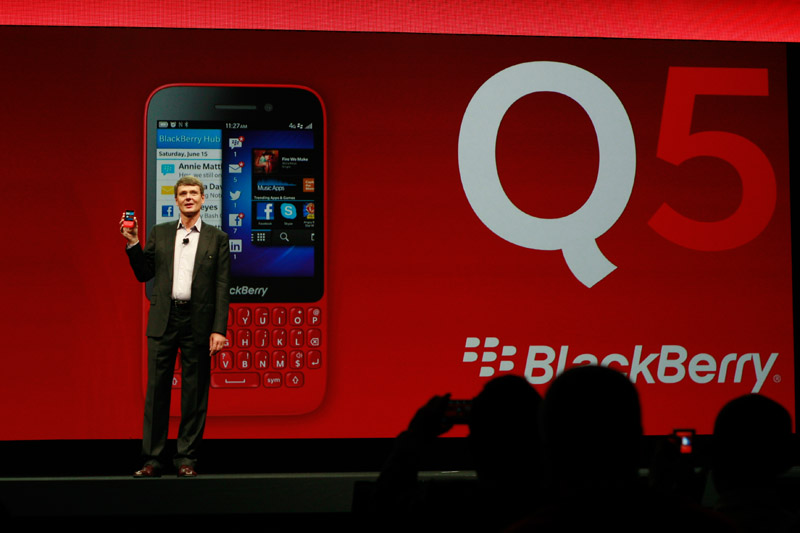 It’s back to the beginning again for BlackBerry.

Almost two years ago Thorsten Heins took over as CEO with a mandate to turn the company around. And in many ways he did, streamlining operations and making sure that the BlackBerry 10 operating system and the first handset to use it, the Z10, made it to the market without major problems.

But the launch of both the operating system and the Z10 was way behind schedule. And now, looking back in hindsight, perhaps Heins should have launched the Q-series handsets with a physical keyboard first. That would have played to the overwhelming majority of BlackBerry’s user base, in particular its business base, who don’t want to give that feature up.

We’ll never know. Heins faced a market where given a choice with BYOD policies large numbers of business users are moving to full touch screen devices. He wanted to make a media splash, and a Q-series handset wouldn’t have done that.

On the other hand, a Q-series handset might have given BlackBerry at least one quarter of solid sales from that loyal base, thus reassuring investors and IT managers who have to make the call on what platforms to support. (FYI, the next quarterly financials will be released Dec. 20.)

There are those who say BlackBerry made a mistake in holding back on releasing BlackBerry Messenger (BBM) for Android and Apple platforms. Since its release last week some 20 million people have signed up for it. On the other hand, so far that doesn’t bring money to the company.

On the bright side, sales of BlackBerry Enterprise Service 10, its mobile device management platform, are going well.

But BlackBerry really is between a rock and a hard place: Sales are falling and it had to write off almost $1 billion in unsold handsets in the last quarter; the number of subscribers is falling; and no one wants to buy or partner with the company – at least not at US$9 a share.

(Well, apparently Lenovo might have, but according to the Globe and Mail, the Harper government said no).

The latest rescue plan, drafted by Fairfax Financial’s Prem Watsa, is to pump up the cash on hand with $1 billion, bring in respected Silicon Valley tech executive John Chen to be executive chairman and interim CEO and then … we’re not sure. Is Chen’s job to overhaul the company? If so, who would want to be the new CEO?

Related Articles
No privatization of BlackBerry, Heins out in Fairfax deal

Is his job to recruit a new CEO who would then overhaul the company? The question is does BlackBerry have time? Arguably, it will have $3 billion in cash to give it some time.

One thing is for sure: BlackBerry will never dominate the smart phone business the way it did five years ago. If it is able to stay in the business, it will be as a niche provider to corporate users who need its security features. It will never sell handsets in the volume that Apple and Samsung do. It will sell BBM to someone like Facebook. It will push harder to get the QNX operating system (the backbone of BB10) into as many new markets as it can.

BlackBerry [TSX: BB] has lots of assets, and it could very well be profitable in a shorter time that most think. But to do it there will be more layoffs, some businesses sold off. But it will never come close to ruling smart phones again.