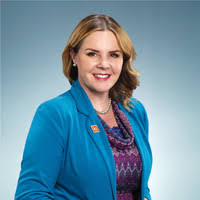 Helen Wetherley Knight’s grandmother was a mathematician in Australia in the 1940s. When she got married, she could only find work as a math teacher, and once she had children, she could no longer practice her love of mathematics. Helen’s mother was a scientist in Australia in the 1960s. She was accepted to study dingoes in the outback, but once they discovered she was a woman they sent her a letter that said “We rescind our offer as we now have a male applicant”. Although this was devastating for Helen’s mother, she returned to school and studied to become a science teacher, heeding the advice from her mother that the only way she could work in the field she loved was as an instructor. It all worked out for Helen though, because at Sydney University another student was working on a bold thesis that the schools new Super Computer could be used to survey people on their interests, encode the data onto punch cards and find love matches creating the world’s first computer dating system. Helen was lucky that both her mother and father volunteered to support the experiment, as that is how they became matched, fell in love and eventually had Helen, a true product of artificial intelligence.

Helen’s family moved to Canada when she was young, and she was selected to attend the Calgary Board of Education’s Gifted and Talented Education (GATE) program, where she was given ample and early access to computers. Helen learned to program when she was 9 years old and spent hours a day learning about the wonders of technology. The GATE program did not have a high school however, so when she rejoined the traditional stream of education, she was startled to be told that computers were for boys. None of Helen’s new classmates were interested in computers, so she spent her high school years learning how to dumb down her intellect in an attempt to be datable.

Helen was 26 before she had the courage to return to her love of computing. Helen had lost a decade of learning and exploring, but it wasn’t too late. Helen dove into technical school and quickly racked up certifications in systems administration, database administration, solutions engineering, technical and operational support. Helen pursued a practicum at the largest firm in her city, knowing she would be exposed to hundreds of different technical specialties. Helen was quickly promoted from help desk to training to tier two technical support. From there Helen led merger integration teams, business relationship management teams and process improvement teams.

Helen kept up her schooling as well, first pursuing additional technical certifications and then studying soft skills like conflict resolution, teamwork and organizational change management. Helen was trying to unravel the mystery of how to make people as excited about technical advancement as she was, and she knew she had to learn to speak their language. Helen became certified in project management, and she spent three months studying public speaking, but it wasn’t enough. Helen knew she needed to learn the language other business people thought in, in order to effectively translate the ideas that would lead to solutions, and to secure the financial investment needed to bring them to life. So Helen pursued a business degree, then a Master of Business Administration with a focus on Information Technology (IT) strategy. Helen needed an online university so she could still be home to tuck her children into bed, and the platform enabled her to listen to textbooks while folding laundry or walking the dogs, keeping me on top of both her studies and her responsibilities.
After fifteen years in the field, Helen started to become very interested in what caused so few women to be in such a fascinating, lucrative and rewarding field. Doing some research Helen discovered that there had been a far higher percentage of women in IT in 1984 then there is today.

The remarkable drop in women’s interest in IT seems to correlate with the move from one room supercomputers (where women were able to work in social groups, solving problems through collaboration) to the personal computer (working alone, man against machine, no need to speak to another human being). Helen theorizes that this lack of connection changed the appeal of technology for women, and increased the appeal of technology to men, most notably male introverts. The problem now is that we nerds don’t do a good enough job articulating how creative, social and innovative careers in technology really can be, so we have failed to reattract women to this amazing field. Couple that with the social media focus on IT ingénue as a lone, confident genius, and you can begin to understand how women fail to see themselves in this poorly explained career.

Helen’s understanding of the significant toll this lack of IT women has cost the field was compounded when she picked up a book by noted Neurologist Dr. Louann Brizendine called The Female Brain (She also wrote a book called The Male Brain, but it is much shorter 😊). Helen wished more research had been conducted on LGBTQ2 brains, because of her firm belief that even greater diversity creates even higher collective intelligence, but to accurately reflect current science she felt she must stick to the boring binary. Through this book Brizendine takes a deep dive into the history and application of female neurobiology. It was then, reading this book that Helen began to understand both her challenges and successes in the field of IT as it related to her brain structure.

The female brain has a larger prefrontal cortex, which is likely why women are better at restraining their aggressive impulses, are less territorial and are more patient. You can see evidence of this brain difference at play by reflecting on how few women are likely to punch you in the face.

These different neurobiological strengths are needed in IT. Less territorialism may create better teamwork – Helen theorizes that when we increase IT gender diversity we will have fewer disparate systems, more logical integration and decreased siloed data. Helen also theorizes that women’s greater language skills allow for improved translation of technical topics, refining training approaches to demystify complex issues faster. Stronger memory can also increase empathy, making women more supportive of beginners. Lastly, research also shows that women have a greater interest in how IT can be applied to help others. Designing technology using a low proportion of these neurobiological strengths may be the primary reason we now have a disparate clutch of siloed solutions, a competitive landscape of feuding approaches and a career that fails to attract and retain so many skilled workers that IT will be short a forecasted 1.5 million workers in the next 5 years in cybersecurity alone.

Further evidence is found in the Credit Suisse study that followed 3000 international companies over a period of 10 years. Companies that had at least one woman on the board were found to be demonstrably more profitable, more resilient to market down-turn, more innovative, more collaborative and to make better decisions.

At no time is Helen suggesting that a board made up only of women would perform better than a board made up of only men. Group think and diminished diversity decrease collective intelligence no matter who the majority member is. Helen does, however, feel that the Credit Suisse study has such significant scale and breadth that it proves women bring a unique thought process and a different lens to matters of business and technology. Making sure they have a seat at the table is a start, but making sure you push yourself to hear their divergent opinions comes next.

It will be difficult to bring women into male dominated groups, even once we succeed at filling the talent pipeline with eager technical women. Having a work group that feels like a group of friends is rewarding, we are naturally attracted to people who are similar to ourselves. The challenge is to find the courage to break free of the comfort of group think, and embrace the greater collective intelligence that is a proven by product of diverse teams. Increasing diversity means increasing the length of time your group will spend storming, before norming and performing. During that time new challenges will test leaders who may reconsider if diversity is worth the prolonged experience of an incohesive team. Some may long for the days before the new challenges. Each new challenge may feel compounding, as formerly male teams grapple with changes to group dynamics and alien perspectives. Some male leaders lament that adding women to their teams “just isn’t worth the hassle”. It’s not that female team members come with more challenges, it is that the challenges are new. Established technical leaders know how to deal with problems they commonly run into, and may struggle to support pregnant women in the workplace, for example. It won’t be long before they learn that pregnancy is not a business crisis, but there will be some stretching, and for some stretching is uncomfortable. Can they stick with it long enough to see increased business solution success? Some male leaders will, and those leaders will surpass the ones who don’t. Which kind of technical leader will you be?