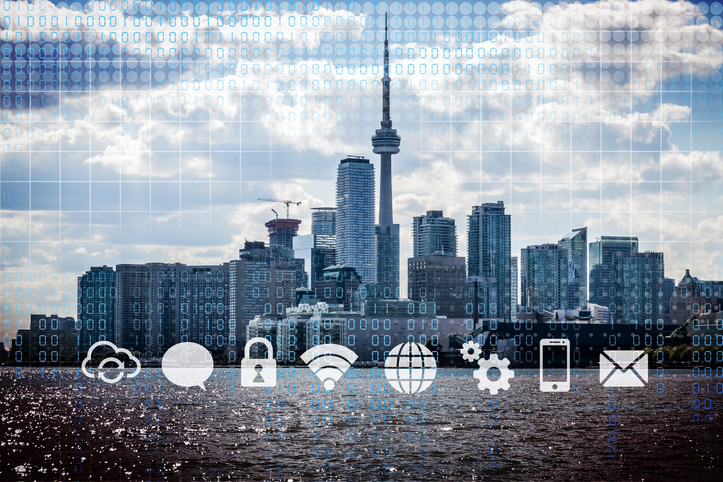 Recently, major cloud and service providers – such as Amazon, Facebook and Google – have made datacentre investments in locations that haven’t traditionally served as business centres; including Umatilla, Oregon; Newton County, Georgia; and, Bridgeport, Alabama. However, this growing trend towards purchasing datacentre real estate in more remote areas isn’t exclusive to the United States. As Canada’s datacentre market continues to attract investment from major players, it’s very likely we’ll see this trend expand north of the border.

Changing customer location patterns and the impact on datacentres

According to a Statistics Canada report published earlier this year, Canadians are leaving urban centres in favour of suburbs and smaller municipalities. From July 2019 to July 2020, Toronto alone lost more than 50,000 people, whereas nearby Oshawa’s population grew by 2.1 per cent as people migrated away from central metropolitan areas.

As people and their IoT-connected devices leave major urban centres behind, they are also leaving behind the networks built to support growing digital demand. Yet, in their new homes, people will continue to rely on their smart devices, expecting the same level of speed and reliability they did previously. Additionally, businesses will continue to accelerate digitalization trends by leveraging technology to support a new distributed workforce.

Delivering products and services to a more spread-out customer base, reliably and with low latency, requires companies to follow people beyond the network’s edge. Fortunately, with edge computing, service providers can fill gaps outside the reach of their centralized datacentres, enabling them to continue to offer innovative applications and services to customers.

A study by research and analyst firm Gartner estimated that by 2025, 75 per cent of data will be processed or analyzed at the edge of networks. This compares to the just 10 per cent of data created and processed outside of traditional centralized datacentres in 2018. It’s fair to say the pandemic has further accelerated this trend, with our reliance on connected devices rising to an all-time high, and people spending more time at home than ever before.

The past two years have emphasized society’s reliance on these networks to work, learn, and socialize. Regardless of whether you live in a big city or a small municipality, proximity is important. The need to shorten distances between service providers and customers is why there are continued pushes for infrastructure investments, such as 5G rollouts. 5G networks will not only increase data speeds, but will also provide low latency, greater reliability, increased network bandwidth, and ultimately, a higher-quality user experience to more people.

The need for a high-speed data conduit between service providers and customers will only grow as our data consumption increases; from growing popularity in the smart home market and a desire for more connected vehicles, to the continued shift towards a distributed workplace.

All eyes are on edge computing

Technology companies are not the only organizations to invest heavily in edge computing. In recent years, many telecom players have sold off large portions of their datacentre holdings in favour of 5G infrastructure. Bell Canada sold 25 of its datacentre facilities for more than $1 billion CAD to prepare for an auction of 3,500 MHz spectrum this spring.

Infrastructure buildouts tend to focus on crowded venues, including sports arenas, healthcare provider buildings, and transportation centres. However, telecommunications carriers may also be leveraging census data as a guide to where infrastructure investments should be located.

Hybrid work arrangements are quickly becoming the status quo operating model for organizations across a range of industry. Almost all businesses regardless of scale have had to focus more on remote capabilities in the past 20 months, and that isn’t going to change. Moving forward, organizations must reach customers, as well as employees, in individual locations. To do so requires extending infrastructure that can effectively reach end users anywhere.

The investment transitions may come easily enough for organizations with billions of dollars in existing datacentre holdings,and easier still for companies that own existing network infrastructures. Not every company has the financial ability to make similar changes. Yet, smaller organizations can still follow the lead of major players by investing in the network’s edge.

At the core of this investment strategy should be the same population shifts these major players appear to be monitoring. Last December, Rogers – the first 5G network in Canada – expanded its 5G footprint, adding 26 new cities and towns across Alberta, B.C., New Brunswick, Ontario and Quebec. The addition allowed Rogers to reach 160 communities across the country and bring 5G coverage to more Canadians.

Instead of owning their own datacentres, major carriers are turning to collocated rack space in datacentres that map to population migration patterns. Small and medium businesses can purchase their own space in similar locations as a lower-cost way to invest in the edge and leverage these population trends. Companies that prefer to own an entire datacentre can purchase micro datacentres near metro locations or elsewhere at the edge.

As businesses of all sizes and scales continue to embark on digital transformation and use IoT applications across their operations, the edge will be a requirement. Focusing on infrastructure closer to where end users live must be a focal point of growth strategies, especially as migration patterns away from urban centres continue. Many companies, including Amazon and Facebook, have developed a roadmap for which geographies to target. Population data suggests business leaders should follow these industry giants to the network’s edge. Their companies depend on it.