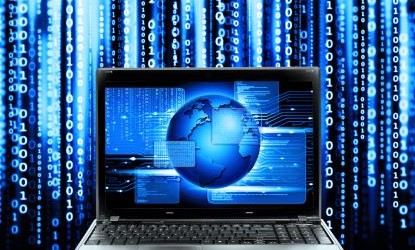 I advise and speak at economic forums, the biannual World Computer Congress and World CIO Forums and consistently hear that paying attention to foreign markets is a priority for IT executives and CEOs.  The challenge is that more than 80 per cent of IT executives are ineffective in this area –yet their guidance is increasingly key to corporate success. Executives of technology companies are even having a harder time.

This lack of understanding can be attributed in part to Western companies not sufficiently communicating and exchanging ideas with foreign leaders and executives. Westerners must understand the rules, processes, business and corporate culture in foreign environments.

Compounding this serious issue is the rapid growth of developing countries enabled by technology where partnerships are now required, especially as these markets grow in importance. Evidence of this would be the World Bank update in 2014. This year China will overtake the U.S. as the No. 1 economy, followed by India in gross domestic product purchasing power parity (GDP ppp) which is a measure of economic power and influence. Canada is no longer amongst the top 10 global economies but falling rapidly with forecasts of being over 20th in rankings in five years. What happens when Canada is no longer invited to the G7 or G20? Most IT executives are not aware of these changes so are not effective in their strategic planning for global initiatives and especially when called upon by the board. This is a sign of the impending digital quake where over 50 per cent of enterprises and roles will disappear. So what can you do?

Unlike five years ago, IT executives must follow the economic forums, world computer-related forums and their leaders to gain strategic insights into the changing global economy: Who are the new players, what are the ripe areas for expansion and investment, how about the outsourcing labour market potential, which countries will be emerging as global competitors, how will technology be leveraged if foreign markets may be ahead in using it?

Keep in mind that developing countries can leapfrog developed countries since legacy technology compliance is not a barrier. For this reason, mobile penetration is higher in these countries including in business usage and in education. I see IT executives in the world’s largest enterprises understanding this but how about the 99.5 percent in the smaller enterprises who need it most. What are you doing to keep up? Can you name three activities this year to give you a better understanding of foreign markets?

Relationships mean more than anything else and more so with foreign markets. I see this again and again when dealing with foreign enterprises and governments; it’s something  I emphasize when advising western executives. You must begin by establishing strong relationships and building trust. This often is around non-business areas of common ground. You work to establish a continuing dialogue and friendships. A good way to begin relationships is by attending non-commercial international events. For this reason, 700 global corporations and organizations belong to the International Telecommunications Union (ITU), in addition to 190 countries. It’s for this reason that the economic forums draw the top executives and the IFIP world CIO forum is being hosted November 10-12 in Xi’an China with executives from over 50 countries actively engaging. Keep up or lose, and lose big!

You must have a local partner. I hear the horror stories of failed western enterprises when working internationally daily. Its a simple rule however many IT executives ignore this effective step. The challenge is to find a trusted partner and this begins with relationships. What are your plans for establishing effective communications with foreign IT executives?

IT executives find this the most surprising. They negotiate a signed agreement and now think implementation of their strategy will begin. Imagine their surprise when signed agreements are where the real negotiations begin.  Plus, expect frequent changes; so agility is key and modern business success principles such as the business model canvas and Steve Blank’s customer development (initially targeted to start-ups) which are now employed by successful large enterprises such as GE.

You have to begin the process thinking as a native citizen in many respects and have an understanding from their point of view. It’s for this reason, at the last IFIP World CIO Forum, the final Joint Declaration states, “We respect culture, customs of difference races, nationalities and regions.” Moreover, IT executives at the forum could clearly see the need to gear up and fully understand the global economic environment and the value in face-to-face dialogues with their foreign executive colleagues. Hundreds of new friendships leading to SMART (specific, measurable, achievable, relevant, time bound) effective international business strategy began at the forum.

Lessons from Tom Pickering and your action item

Recently I interviewed former U.S. ambassador Thomas Pickering, founding co-chair of the International Economic Alliance (IEA), about the challenges C-level executives face when forging into international markets. (The full podcast, podcast text with Tom’s picture and profile is in the link provided here.)

One of the lessons he said he’s learned is the need to listen. “If you are a diplomat, listening is probably something you should be doing two thirds of the time. I try to practice that when I’m engaged with folks because in many ways what people have to say and what they want you to hear are often very, very important. But even more important is sometimes what they actually mean underneath all of that isn’t exactly what they say. Occasionally I found that they’re not really sure what they mean until you have a chance to sit down and ask them a few questions….”

After participating at the CES in January, speaking at economic summits over the past years in May, speaking at the ITU WSIS (World Summit on the Information Society) in June and integrating with those present, it’s clear to the top-tier thriving companies and their executives they have to think global, communicate globally, work global and take time out regularly to interact with foreign executives.

The IEA global investment symposia hosted in New York in September is a target and so is the IFIP world CIO forum in November and the IFIP world computer congress in Korea in 2015. The most senior leaders from the world’s largest enterprises will be there, more lessons will be learned and I will share them with you. An action item for you–in concrete and measurable ways what are you planning to do to survive the digital quake?

Increasing ethics training is the answer to cyberthreats

To start real conversations on IT ethics, we can turn to a fictional story

How IT managers can cultivate emotional intelligence at work