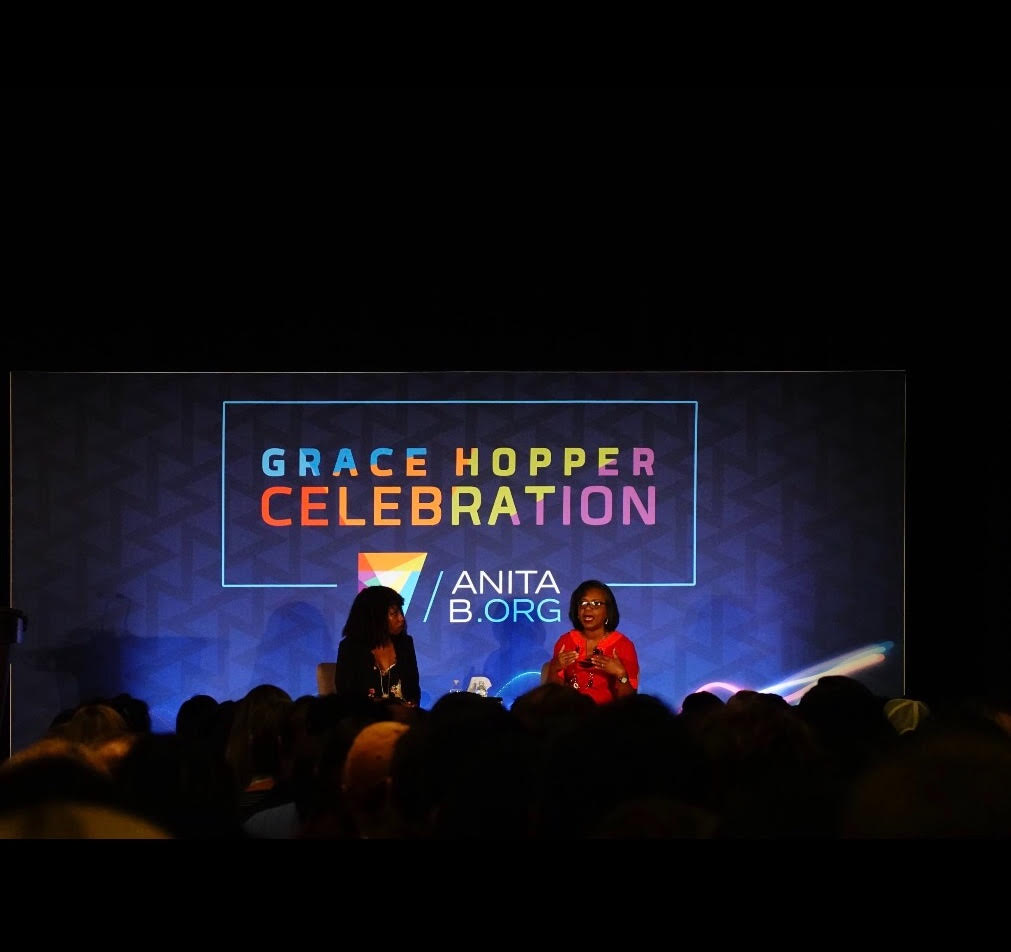 What incredible timing to have the fortune of listening to Anita Hill, an attorney and academic that came into the national spotlight when she accused U.S. Supreme Court nominee Clarence Thomas of sexual harrassment, as the keynote speaker at the Grace Hopper Conference the day after the emotional testimony by Dr. Christine Blasey Ford against Judge Brett Kavanaugh.  The Grace Hopper Conference for Women in Technology is an annual event, this year it took place in Houston with over 22,000 mainly female attendees.

Let me start with noting that Anita Hill is a great, inspiring speaker, the sell-out audience was listening to her every word! She talked about how she experienced a similar process almost 27 years ago. She mentioned in her introduction that she is the youngest of 13 children. She shared that she wanted to be in STEM (science, technology, engineering, and math) but a counsellor discouraged her. Then she talked about the Kavanaugh hearing. She said things are a lot different now with #MeToo movement, which is helping to raise awareness of such issues. She called Dr. Ford an impressive and credible woman with a heart-wrenching story while Judge Kavanaugh displayed aggression and anger which a female candidate could not do. When women are emotional or angry they become less credible in the eyes of men. She encouraged everyone to be an active participant and make their voices heard by voting. She also called on businesses to step in where legislators failed and create a safe workplace.

When she finished, she got a five minute standing ovation, it was noisy with lots of high fives and comments on what an amazing woman she is. 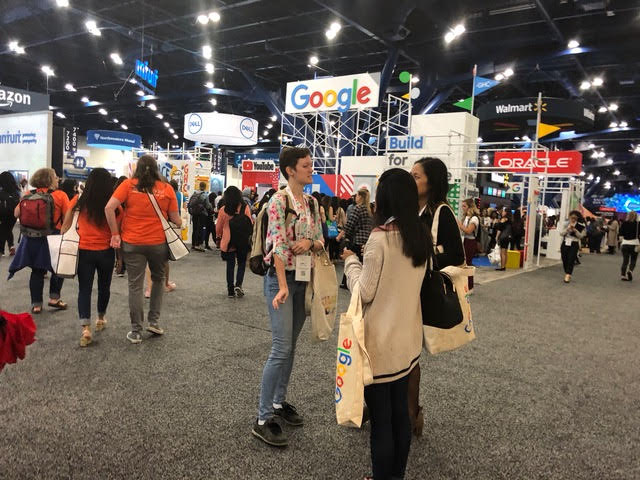 The Grace Hopper Conference (GHC) also had a large career fair with over 100 companies looking to hire women for jobs in technology. Even though it is generally thought that the percentage of computing occupations held by women has increased in the last ten years, this is not the case.  In fact, it has continued to decline sharply since the early 1990s, despite an increase in women university graduates to half of all graduates.

The conference was three days long with up to nine parallel sessions that covered both technical as well as career building sessions. It is the largest conference in the world for women in technology and had been running since 1994.

GHC and other similar conferences have the goal to help to get more women in technology and keep them working in the field.  However, with statistics showing that the number of women in STEM (science, technology, engineering and math) fields are decreasing, is it time to re-examine recruitment and retention methods and come up with different initiatives to get and keep women in technology? If you have ideas for new ways of achieving this goal, lets talk about it.