I saw comedian Rodney Dangerfield on the Larry King show on CNN recently. He had just recovered from brain surgery. While that itself sounds like a joke (it wasn’t), Rodney was in fine form all throughout — not bad for someone in his mid-80s. He revealed to King that a large part of his comedy act was the line “I don’t get no respect.” As a stand-up act, he could riff for an hour on that one phrase.

Sometimes I think that the Philippines can be considered the Rodney Dangerfield of nations. Because often enough, we don’t get no respect. But we stumble onwards anyway.

Our last column touched on that cruel phenomenon. Filipinos are constantly bumping into e-commerce sites that refuse to accept Philippine credit cards, citing a high incidence of credit card fraud from this country. The irony of it all was that GoDaddy.com – probably one of the least reputable of the cut-rate domain registrars – had joined the club. And in a draconian move, they went as far as to block access to their site from all Philippine Internet Service Providers (ISPs).

We haven’t heard the last of it yet. Mobile users have reported that Handango.com, a well-known online dealer of mobile applications for personal digital assistants (PDAs) and smartphones, has joined the club. They now refuse to accept Philippine-based customers altogether. Unfortunately for us, many independent mobile applications developers sell exclusively through Handango.

“Looks like they leave us no choice but to use pirated versions of the software,” complained one mobile user in an online forum.

As bad as it gets for online Filipinos, we, at least, have the meagre consolation that there are other countries that get stomped on the Internet more often than the Philippines. In this respect, there’s always Nigeria.

Nigeria got a thorough dressing down by the world press over this year’s Miss World controversy. But long before that ill-fated beauty pageant, Nigeria was already well known as the source for the infamous “Nigerian e-mail scams” criss-crossing the globe.

There’s hardly anyone with an e-mail address who hasn’t received his or her own personally addressed version of the Nigerian scam. Typically, it involves the relative of some fallen African despot who has managed to spirit away several millions of dollars of the national treasury. If you are kind (or gullible) enough to wire some money over to help them over tough times, you are promised a cut of the booty.

In one memorable series, the letters were creative enough to replace the usual Africa dictator with our own deposed leader Joseph Estrada, and the solicitation letters were signed by the honourable Senator Loi Estrada. Scans of IP addresses in their e-mail headers still traced these back to Nigeria.

One of the more creative ones popped up on our radar this week in the form of a spoof Web site advertising: “The 3rd Nigerian E-Mail Conference.” It was as politically incorrect as you might expect, but great fun nonetheless.

“Like most Nigerians, you’re probably finding that it’s increasingly difficult to earn a decent living from e-mail,” writes the fictional Dr. Collins Mbadiwe on the site. “That’s why you need to attend the third Annual Nigerian E-Mail Conference.” “This conference is an investment in your future. Learn to take advantage of modern technology, and make a great deal of money with very little effort.”

I must confess to having laughed myself in tears as a result of reading that spoof site. If only real conference pages were as entertaining! Of course, poking fun at a poor African nation (even one awash in oil reserves) is bound to raise charges of racist and politically incorrect insensitivity.

But as a writer on the IT commentary site Slashdot observed, “What’s racist? If it were as commonly done by Danes as it is by Nigerians, we’d be lampooning the Danes.”

Besides, as the down-and-out citizens of the “sick man of Asia,” for many years running, we Filipinos have as much right to enjoy a good laugh as anyone else. 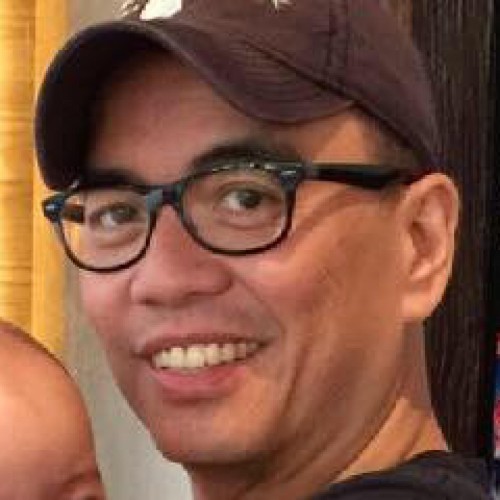