Oscar-nominated Hidden Figures depicted female mathematicians working at NASA in the 1960’s, a time when it was unusual to be a woman working in a technical field – unfortunately, more than 50 years later, times haven’t really changed, according to a new research report.

Women are still underrepresented and underutilized, especially in the field of cybersecurity, according to new research from the Centre for Cyber Safety and Education and the Executive Women’s Forum on Information Security, Risk Management & Privacy. The study was conducted by Frost & Sullivan and also co-sponsored by IBM Corp.

Women represent only 11 per cent of the current global information security workforce, showing an increase of just one per cent since 2015, the report finds. Also, despite being more educated than men, women are still earning less than men. More than half of women in the field say they experience various forms of discrimination.

Here’s the report’s look at how women are represented in the cybersecurity industry around the world: 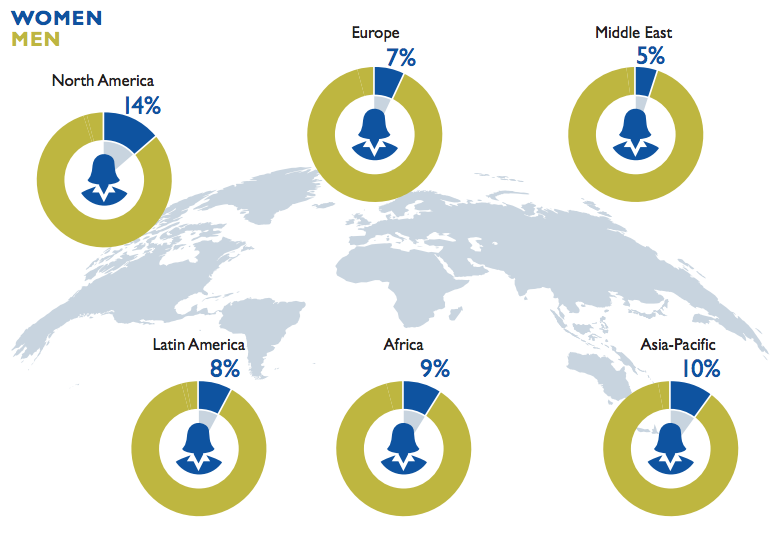 And here’s a look at how women’s breakdown of seniority in the field compares to their male counterparts: 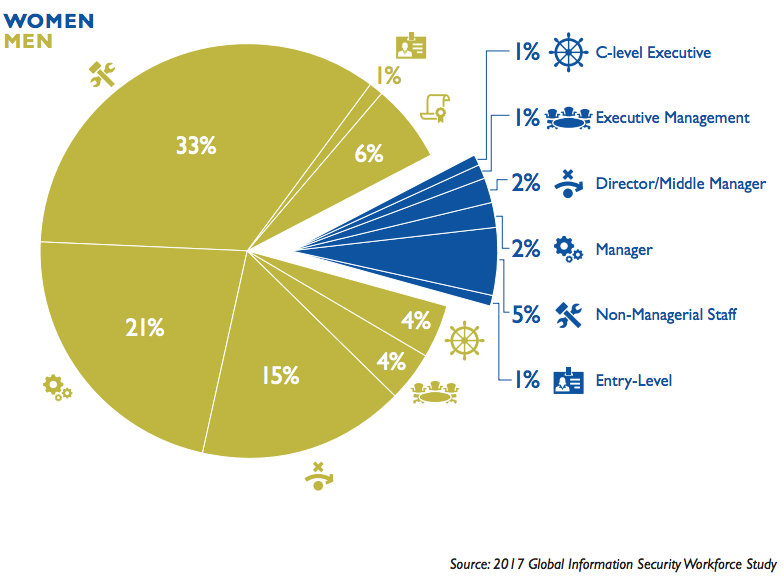 “As cybersecurity executives enter the C suite and impact businesses bottom line, the diverse skills and perspectives that women bring to cybersecurity teams is invaluable,” writes Joyce Brocaglia, founder of the executive women’s forum in the report. “In order to make tangible changes in the workplace, it is imperative that corporations, executives and hiring managers act swiftly to attract develop and retain women in cybersecurity.”

Related
“I could be successful in any field I chose.” – advice from 23 women in tech

Study sponsor IBM also advocates for growing women’s presence in the field. In a press release, the firm says it projects that 1.8 million security positions will be unfilled by 2022, and a stagnant growth rate for women in the field won’t help solve that problem.