Why the technology behind bitcoin could be useful to CIOs, even if bitcoin itself isn’t 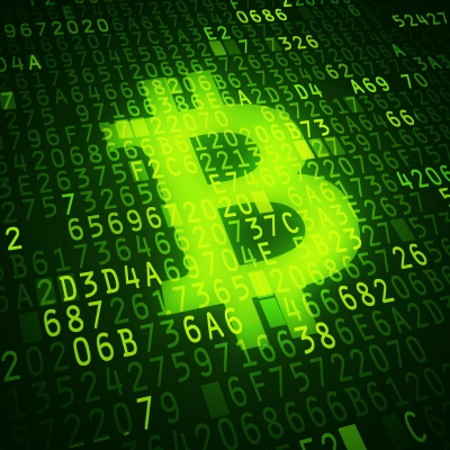 Could the technology underpinning bitcoin run your business in future? Companies are beginning to use it for more than just sending the electronic currency around, and it promises to deliver some surprising benefits.

The real innovation in bitcoin isn’t the cryptocurrency at all – it’s the blockchain, which is the decentralised consensus mechanism that makes bitcoin possible. The blockchain enables lots of participants in a network to trust each other without the presence of a trusted middle man to co-ordinate everything.

The blockchain takes all transactions in a decentralized network and then uses a cryptographic function to ‘seal’ them into a time-stamped record. The blockchain’s cryptographic technology makes it practically impossible to go back in and tamper with the information stored in it, which means that it can be used as a general ledger for information. Everyone on the network has a copy of this ledger, so everyone knows what’s going on.

This was what made bitcoin so important. The currency itself is just a form of digital money. The fact that it can be managed and transacted without the need for a central bank is the real innovation, and it is this that holds the most promise.

For the first few years of bitcoin’s existence, the only thing that people were storing on the blockchain were records about who owned how many bitcoins, and who had sent them to who. But a growing number of startups are looking at using the blockchain for other purposes.

Can a blockchain app kill AirBnB or Uber?

The promise of the blockchain is that it can remove the middle man from lots of processes that currently require some form of an arbiter. That includes everything from legal notarization through to trading exchanges, and even the provision of online marketplaces for different services. A blockchain-based application could theoretically eliminate the need for an AirBnB or Uber to coordinate transactions, by enabling individuals to rent apartments or negotiate driving services directly with each other.

This week, Factom launched a ‘crowdsale’ to raise funds for a service that uses blockchain technology to notarize documents. The company will enable clients to timestamp any document that they want by using the Factom blockchain technology in collaboration with bitcoin’s own blockchain. The cryptographic technology used in the blockchain allows companies to verify that documents haven’t been tampered with.

Related Articles
Calgary digital currency exchange forced to close over possible password breach
Will you get paid in bitcoins in 2015?

Another company, Blocksign, is offering document signing services in the bitcoin blockchain. Users upload a PDF to its Web site, indicating who they want to sign it. When those people sign the document, the details of the signing are encoded into the bitcoin blockchain, providing a legal proof that it happened. The company is also about to start offering invoicing capabilities.

“Our primary competitors are services built outside the context of cryptocurrency that serve contractors and businesses with e-signature, invoicing, and other services for ‘doing business’ digitally,” said CEO Nicholas Thorne. “We include in that more general bucket services that help people establish the reputation and credibility of their business counterparts. So some of these include Docusign, Hellosign, Freshbooks, and Dun & Bradstreet.”

Companies might issue their own assets for all kinds of reasons. Loyalty points are a good example. Customers could use a mobile wallet could be used to collect and trade loyalty points linked to various marketing campaigns. Another firm, Colu, looks set to offer these kinds of services to corporate clients.

Some companies are going further still, offering what are known as smart contracts. First conceptualized in the late nineties, these are legal contracts that are codified in software. One of the great things about the blockchain is that the data in it can be cryptographically verified, which makes it a good way to trigger events embodied in a legal agreement.

Smart contracts are programs that can gather this data from the blockchain and use it to execute certain functions. Say, for example, that one company receives an asset from another, and this is registered in the blockchain. This could then cause a smart contract to trigger a payment between those companies, automatically.

The links between smart contracts, custom assets, and cryptographically verifiable data held in a blockchain are only beginning to emerge, but the applications could be significant. Skuchain, a company just exiting stealth mode, is proposing blockchains for the supply chain management industry, which would document the progression of materials through the logistics process, and could be used to prove, say, the provenance of components used in other products.

So, CIOs may want to take a look at bitcoin and read between the lines. The real benefit to bitcoin may not be in the cryptocurrency at all, but in what lies underneath it. The blockchain may not be quite ready for your business to run on it, but this is changing.