Why the Cisco i-Prize is so powerful

BANGALORE — The winners of a Cisco Systems Inc. global innovation contest have created a business plan for an IP framework that would lower power consumption by making devices ask for power from the grid when it’s required instead of passively consuming it whether it’s needed or not.

“(The team) brought an idea to the table that will potentially revolutionize how power is managed,” De Beer said. “This could go a long way to help us operate more ‘greenly.’”

The I-Prize competition evolved from an internal Cisco wiki. The company wanted to expose that concept to entrepreneurs outside the company, De Beer said. There was no formal invitation to participate; participation spread by word of mouth. Teams from 104 countries submitted 1,200 ideas over the course of three months. A third of the teams were multinational; a quarter of them formed online.

“Many of these people met each other for the first time through this contest,” De Beer said.

Not so, obviously, for Gossen’s team.

Gossen heard about the contest by chance at Karlsruhe University in Karlsruhe, Germany. “I was very much surprised that just anybody could enter,” she said. Ideas were posted, shared and developed through the wiki. Gossen submitted 14 ideas; she confessed surprise that her “smart grid” idea made the final 32 cut. “I thought (one of) my other ideas would be selected,” she said. “I won’t tell you which one.”

The 32 were further winnowed down to 12 semifinalists. The selected groups had to make a Telepresence presentation outlining their business plans to Cisco executives. “It was the phase in which teamwork was required,” Gossen said, adding that it was difficult to fit all the necessary information into a 15-minute presentation.

De Beer said the presentations were treated very much like a job interview, as the winners received not only $250,000, but also the opportunity to work for the company. De Beer said the smart grid is still about two years away on the horizon. But Gossen said the technology already exists to make it work.

“Modern technologies already allow us to implement this idea,” she said.

He said the “crowdsourcing” approach to development is “the way of the future.” In the past, entrepreneurs had to come to a specific geographic place to share ideas, Now, he said, they can use the network as a platform for collaboration.

“That is fundamentally different from the way things were done in the past,” he said. David Hsieh, senior director of emerging technologies marketing for Cisco, said the network collaboration process removes some geographic barriers to developing business ideas.

“Those of us who live in Silicon Valley have a more jaded view,” living practically next door to venture capital firms, he said. Most of the entrepreneurial world doesn’t.

“Many of (the contestants) were not necessarily from countries you would associate with great innovation,” he said.

The Gossen team’s project featured not only technological innovation, he said, but also an innovative business model. He said the smart grid had a potential for $1 billion in revenue over five to seven years

Dave Webb
Dave Webb is a freelance editor and writer. A veteran journalist of more than 20 years' experience (15 of them in technology), he has held senior editorial positions with a number of technology publications. He was honoured with an Andersen Consulting Award for Excellence in Business Journalism in 2000, and several Canadian Online Publishing Awards as part of the ComputerWorld Canada team.
Previous articleOttawa builds online community out of Igloo
Next articleAustralia plans to filter all Internet content 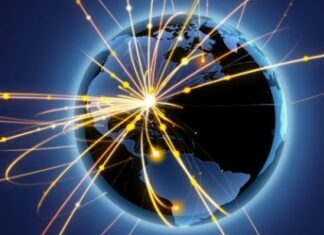