TORONTO – Jack Ma didn’t think there was anything out of the ordinary about his company.

During an appearance Tuesday at Gateway ’17, a Toronto event organized by Alibaba, the Chinese ecommerce giant’s founder and executive chair explained how he became a champion for increasing the number of women in the tech industry.

It began in 2007, he said, when Alibaba made its initial public offering in Hong Kong.

“I got some media to visit Alibaba, and they said, ‘Jack, why are there so many women in your company?'” he told reporters during the Sept. 25 event. “I said, ‘really? I did not realize that.'”

It wasn’t the last time he’d be asked that question, and Ma, who started Alibaba in his apartment in 1999 with 17 friends – all of them men – said he eventually learned that in Silicon Valley few companies have more than 25 per cent women among their ranks – and that the numbers among their leadership ranks and among entrepreneurs are even worse.

Alibaba’s workforce, meanwhile, is more than 40 per cent female – including a female CFO and CPO (chief people officer) – as are one third of its managers. According to Ma, the percentage is currently around 47, though it used to be higher – “we acquired some companies who were more men,” he explained – and remains a focus for the company.

The reason, he said, is simple: Men focus on products, while women focus on customers.

“I’m not a tech guy,” he said. “I care about user friendliness. I’m scared of technology. I want to make technology simple… and the first quality controllers I had… were girls. They always say, ‘this is no good. We should do this instead.”

More importantly, he said, most of Alibaba’s buyers are women – and many of the sellers too. And few companies succeed by ignoring their customer base.

Ma’s support for women in the workplace goes beyond their understanding of customers, of course – they tend to make better leaders too, he said, not to mention they’re frequently more care- and detail-oriented than their male counterparts.

“When times are good, men are focused, but very fast,” he said. “When something goes wrong, they disappear. Women don’t rush like that, but they also never disappear. So this makes Alibaba’s culture very resistant.”

“When I’m in trouble, most of the time it’s my women colleagues who… encourage me, saying, ‘don’t worry about it. We can go for another five years,'” he said.

The subject of women in the workplace was raised during the Gateway ’17 event’s keynote, when tech entrepreneur, Dragon’s Den judge, and event host Michele Romanow asked Ma and one of his special guests, Prime Minister Justin Trudeau, to discuss the lack of female entrepreneurs in Canada.

Romanow has contributed to the Canadian Entrepreneurship Initiative, which asked thousands of Canadians to name their favourite entrepreneurs, and was blunt about the implications of its findings.

“The first problem was that 50 per cent of Canadians couldn’t name an entrepreneur they looked up to,” she said. The second was that three of the top five Canadians named – John Molson, Alexander Graham Bell, and Joseph-Armond Bombardier – were, as Romanow put it, “great entrepreneurs, but deceased, old, and white males.” (The other two were living white males: Saskatoon magnate Jim Pattison and former Dragon Kevin O’Leary.)

“What are you doing to encourage more women to be entrepreneurs?” she asked.

Trudeau said that for the Liberal government, encouraging more women to succeed as both tech industry leaders and entrepreneurs isn’t merely about doing the right thing, but the smart thing.

“You cannot have an economy that is doing as well as it can unless everyone has an opportunity to participate to their fullest degree,” he said. “We talk about understanding diversity and different points of view as an essential ingredients for success… well, making sure that basic diversity – half of us are men, half of us are women – having both of those perspectives represented from the start is an essential path to success.”

Equally important to encouraging women to succeed, Trudeau added, is removing whatever tools and barriers stand in their way, and laying groundwork for their success in the future.

“Before I could name a cabinet that was 50 per cent men, 50 per cent women, it took me a few years to reach out and draw in great women candidates from across the country,” he said. “And then once you have women in business, women entrepreneurs, women in government, the calibre of solutions changes as well.”

Women in charge at Alibaba

“One thing I find very interesting,” he said to Trudeau and Romanow: “Women really care for husbands, parents, and kids… and always ask… ‘I have two kids and I have a career. Which one should I choose?'”

“Men never ask these questions. They only care for themselves,” he continued, to audience laughter. “But then when you’re running the company… men focus on products and technology, and they forget all about the people.”

“Women focus on people… and technology products always include people,” he said, to loud applause. “So that’s why we have a lot of women leaders in our company making sure our products, our services, are people oriented.” 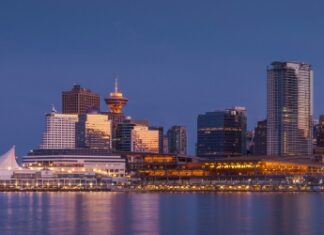 Silicon Valley North: How Canada plans to become a leader in...